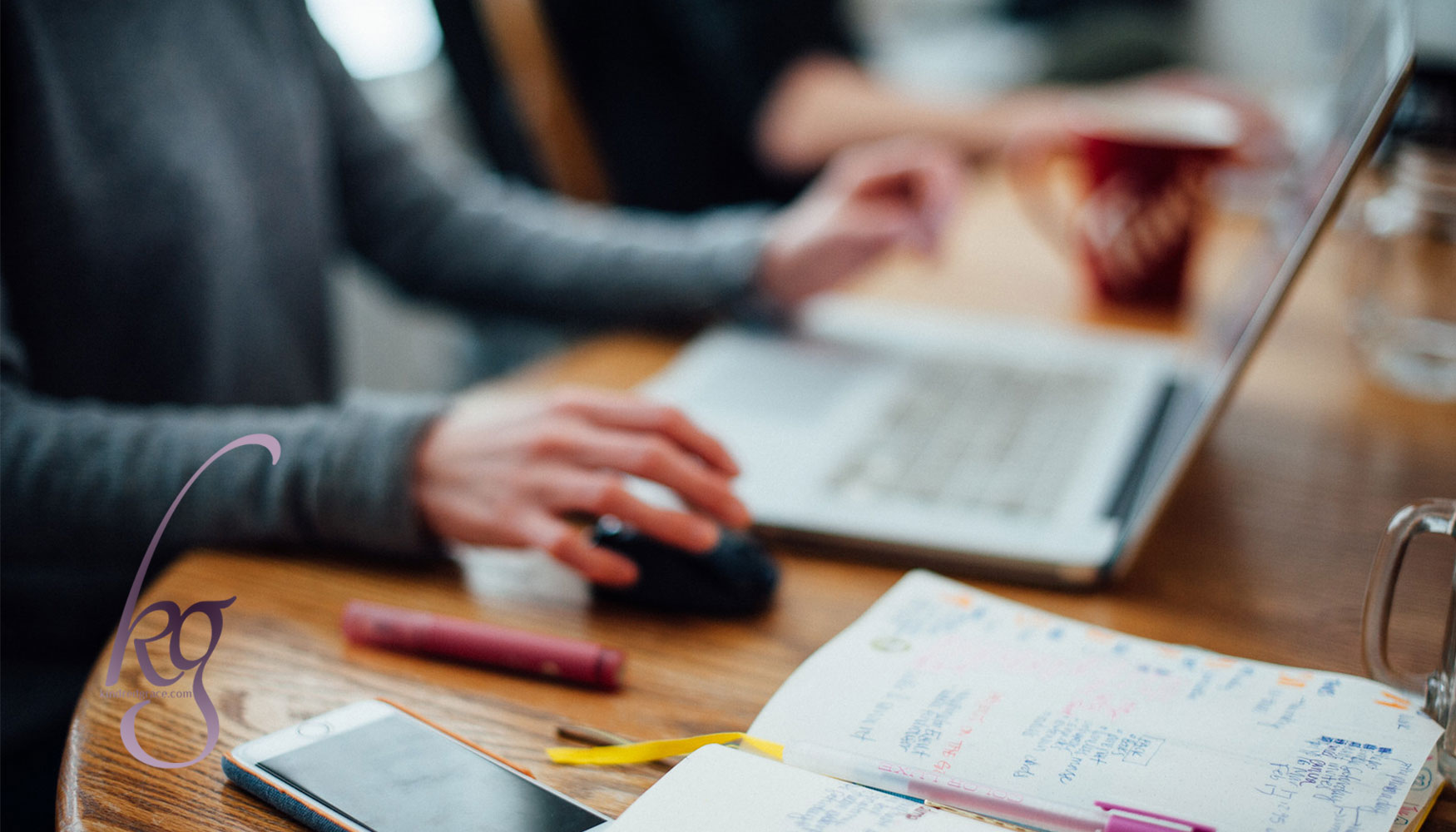 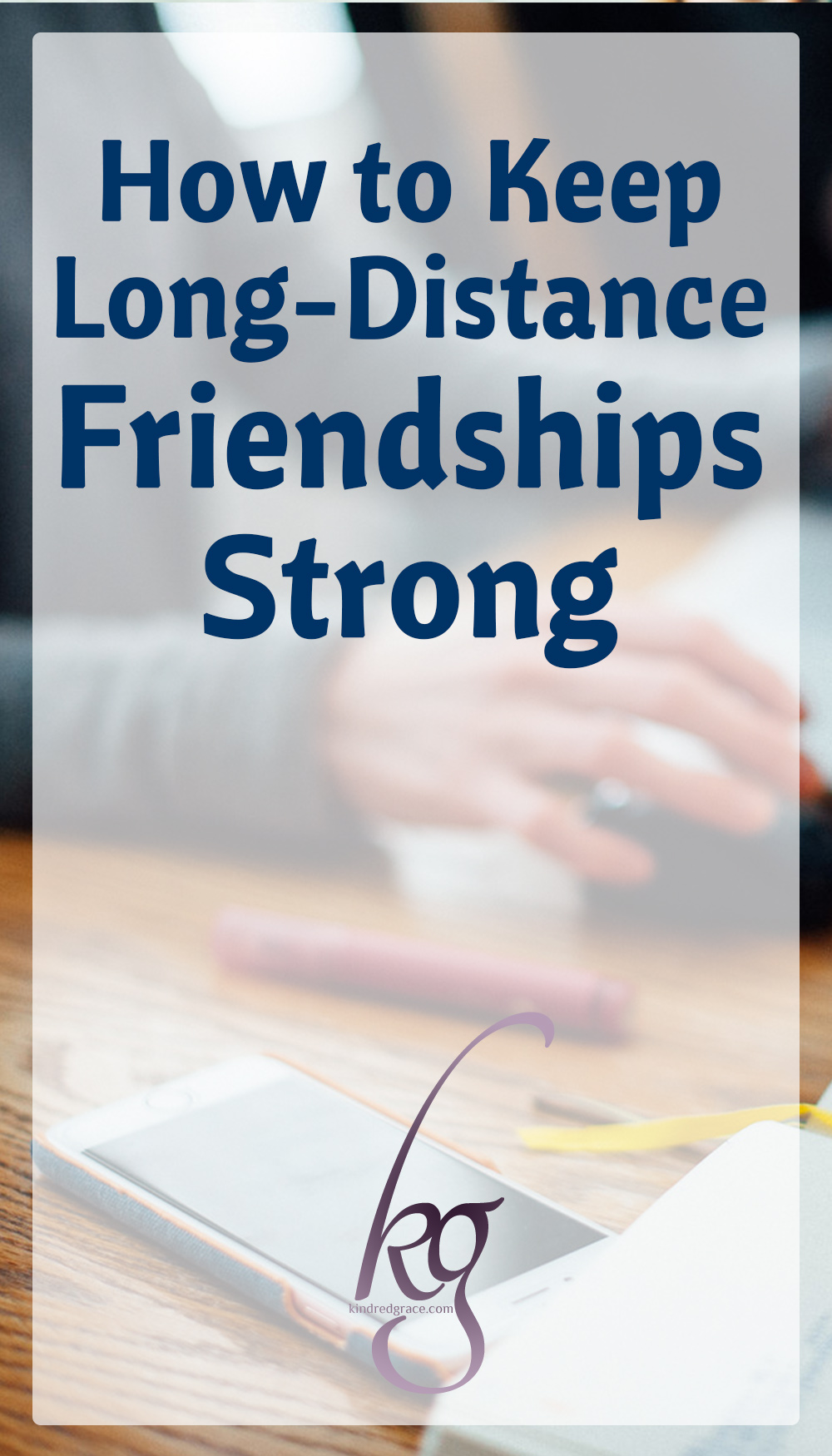 On a sunny Friday in October, I sat in my friend’s hallway and helped her pack up her husband’s office. We chatted as we have on countless other Fridays about love and marriage, children and parenting, faith and loss.

Neither of us wanted to dwell overlong on the fact that this would be our last Friday together, at least in this house. In a few days, the possessions we packed would be stacked in boxes lining her driveway. Within the week she, her husband, and her two children would begin a journey that would take them over 2,000 miles away.

For my friend, this move was the latest in a long line. In eight years of marriage, she and her husband have crisscrossed the country many times. He’s in the Air Force. She’s a military wife.

For me, this move was the latest in a long line of friends who had left the area in the last year. When this friend told me about her husband’s new orders and their impending move, I sighed, already feeling the loss. I realized for the first time how many losses of sweet friendships I’ve walked through in the last twelve months. 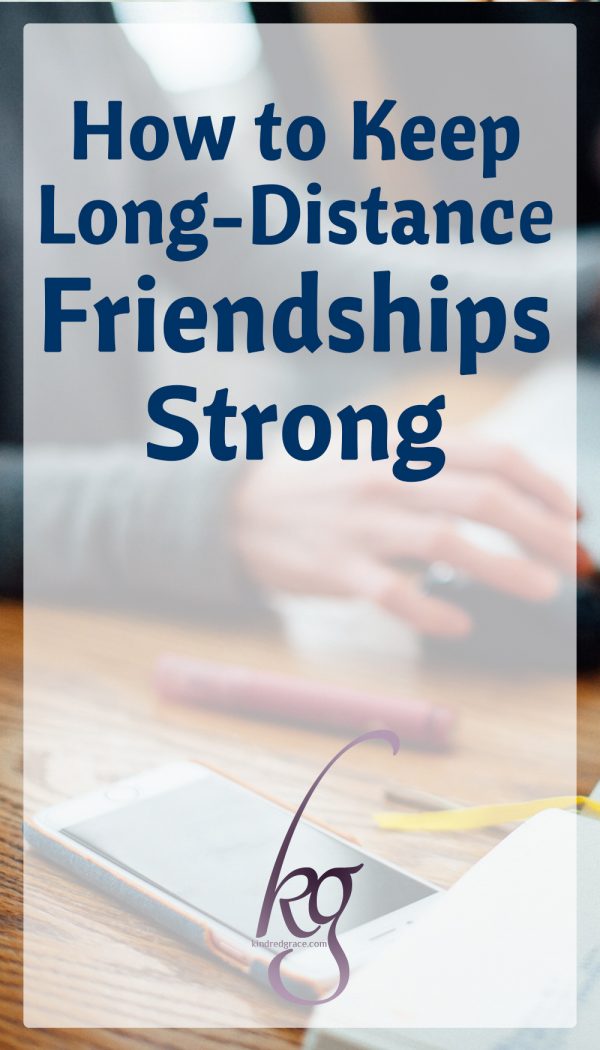 If You’re the Friend Left Behind…

Last summer, a friend and her husband moved to plant a church a few states north of where she and I grew up. We had become friends during college, went to the same church, lived together briefly, and were in each other’s weddings.

Last spring, a coworker turned friend moved with her husband back to their hometown. We had graduated from the same college the same year but didn’t meet until we both went to work at the same church and discovered a mutual love of books. We began dating our husbands around the same time. We got engaged a day apart.

This summer, a friend left to go on mission for eleven months with the World Race. We text every week, but I deeply wish we could go on another of our lunch dates and truly catch up on our lives and plans. She’ll be back, but I miss her now.

I thought of all these friends as I sat in that hallway and sorted paperclips to be packed.

And I wondered what it means to be the friend left behind. Maybe you too have said goodbye to a friend or four lately, and your heart’s hurting because they’re moving on to different things, whether it’s a new job, a new home, or even a new marriage or season of motherhood which you know will affect your friendship somewhat even if you still live near.

Take courage, friend. Here are some practical things to remember when you feel like the friend left behind…

4 Ways to Nurture Your Long-Distance Friendships

But every woman needs a good friend, so give grace and be intentional:

Life and schedules wreak havoc on hearts, don’t they? Make it a point to pop into your friend’s life at least once a week, whether via text or email or Facebook message. Set a reminder on your calendar or smartphone.

No text can take the place of an in-real-life conversation. Thankfully, technology can make this accessible across the miles! Schedule a Google hangout or FaceTime chat, even if you only have an hour. Bonus: make this especially accessible to your new wife/mother friends by wrapping this chat around a laundry-folding fest (any household chore besides vacuuming will do!).

When your geography no longer coincides, sometimes it can feel as if you no longer coincide with each other. But you do! Explore common interests beyond the “how are you?” by asking specifically how your friend’s week is going, what she’s reading, how you can pray for her this week, or what she thinks about current events.

Even though you’re reaching out once a week, understand your friend may not have the margin to reply right away (or even at all, some weeks!). That’s okay. It may sting, but move past it and just keep repeating steps 1-3. Remember your friend is going through a lot of changes, too. Be there for her, even when it’s hard.

A Word About Dead Friendships

Sometimes you water and water a plant, only to have it die in the first hard frost. Sometimes you reach out to a friend over and over, only to discover they just don’t have the margin to respond right now. As painful as it is, water that plant.

Maybe in the spring, it will surprise you and bloom again. In the meantime, remember your friend in prayer.

About a month ago, I met a lovely woman who began coming to the small group that my husband and I host. We hit it off immediately, as we are both bloggers and enjoy writing the same type of fiction. She has two adorable little ones. Her husband is in the military.

They move in four months.

My sinful self wanted to curl away when I learned that. God, are you serious? I just said goodbye to my military wife writer friend, and now I’ll have to say goodbye to another?

I suppose I could have clung to my own comfort, attempted to shield myself against loss by not engaging at all beyond Bible-study-leader-wife duties. But where would be the joy in that?

Instead, I want to schedule as many coffee dates and lunches as I can between now and March. As many babysitting nights so she and her husband can go out for the evening. As many double dates as possible. Because change happens, life moves us to different places and seasons. But friendship is always worth the investment.

Have you ever been the friend left behind? 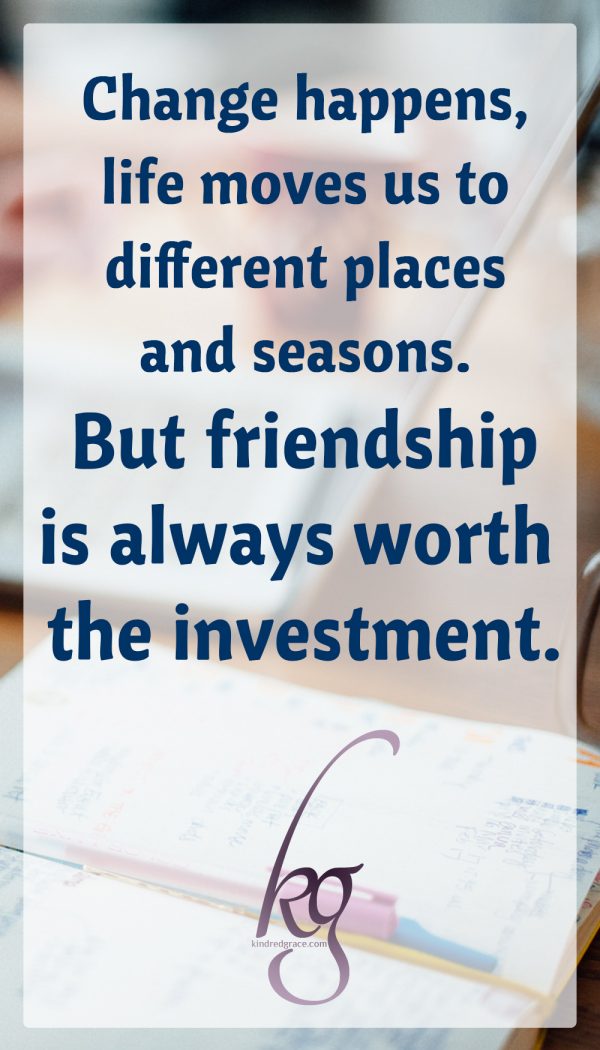 Change happens, life moves us to different places and seasons. But friendship is always worth the investment.
Click to Tweet