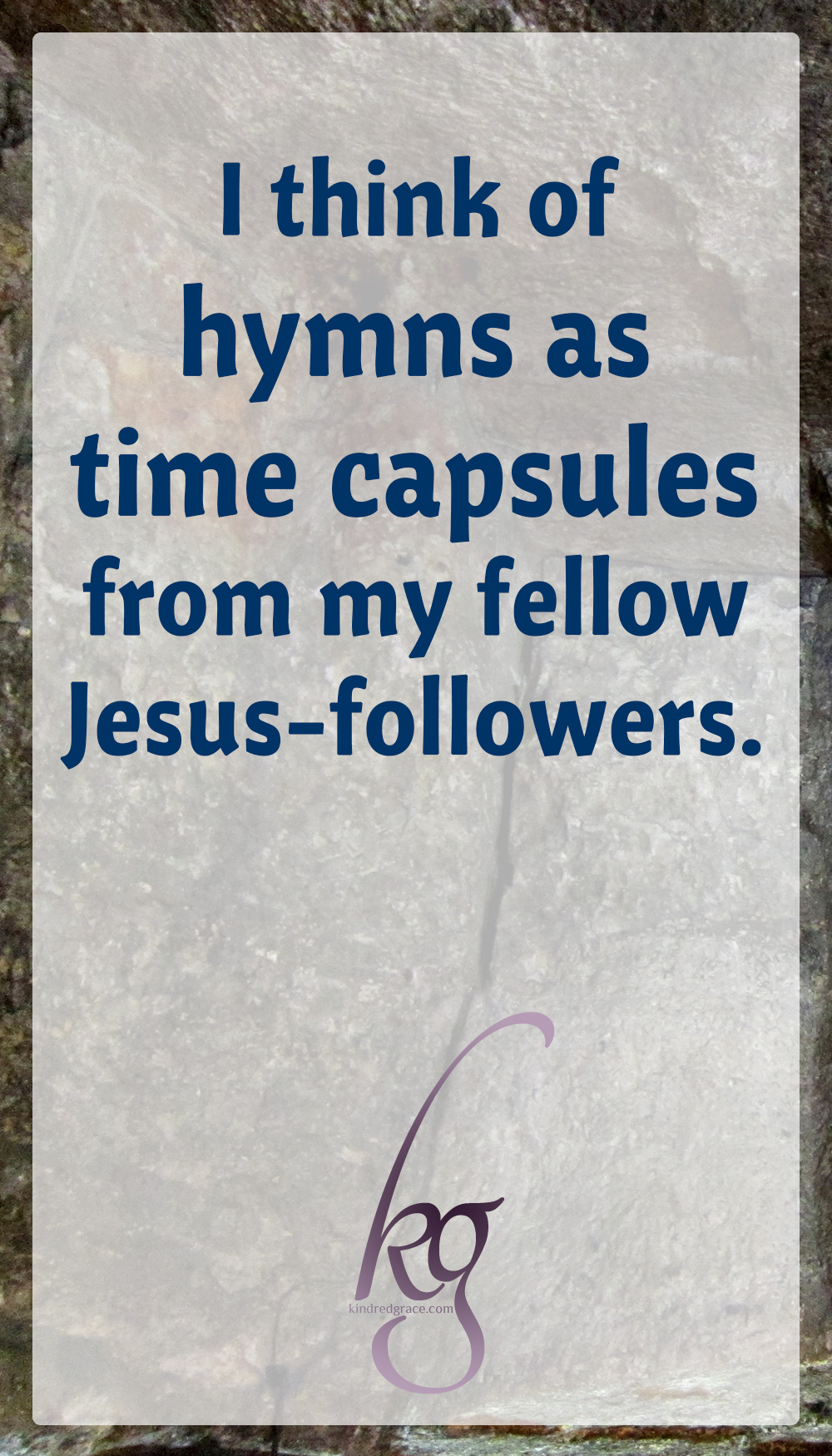 The other day, my brother stopped plowing snow to tell me that the setting sun had just dropped into line with the ice-clad treetops. Outside our kitchen window, branches sparkled with diamonds against a melba and dove-grey sky. I grabbed my camera, while my brother shucked his enormous boots for me to borrow. I ran out clumsily, coat-less, still in my apron – and moved to worship.

“God, you are amazing,” I blurted aloud. “You created this glory!”

I’m not really a poet. Though I’ve been prompted on a handful of occasions to write poems – by my chef-friend’s lordly chicken soup, or a tear-charged moment over the Mediterranean Sea, for example – I rarely respond poetically to realities I feel more deeply still: the majesty of God, His unending faithfulness, or the joy-pain of suffering. But the words of psalmists and hymn-writers have been my constant and welcome companions in many moments for which I had no ready words.

During a lonely year in Jerusalem, hours at an electronic keyboard with my hymn book helped keep me spiritually grounded and full of courage.

On my first visit to Israel, our tour guide invited us to sing at most every site. We sang about David’s mighty men at En Gedi. In the cave below the Church of the Holy Sepulcher, we sang of Jesus’ resurrection. When we reached Arad in the southern desert, we walked at sunset to a canyon’s edge, and overcome with worship, we sang hymns.

When I was about 19, and wrestling hard with the idea of trusting my future fully to God, these hymn-words dropped unexpectedly into my mind: “Trusting in my Father’s wise bestowment, there’s no cause for worry or for fear.”

While gathered with extended family to support my dying uncle, when I was 17, I had an undeniable sense that heaven was near and very real. And it came partly as we gathered around a piano and sang, “Jerusalem the Golden” – a song I was hearing for the very first time, though the original poem was almost 900 years old.

I think of hymns as time capsules from my fellow Jesus-followers.

Though separated from me by decades or even centuries, they rejoiced and suffered, trusted and almost despaired – and regained their trust – just like I do today.

But it took a special assignment before I really understood this.

In my work as a freelance writer, editor, and researcher, I was enlisted to help update Hymns for Family Worship by Steven Demme. If his name sounds familiar, it’s probably as the founder of Math-U-See, which offers math curriculum to the homeschooling world, and beyond. But today, Steve focuses on his other ministry, Building Faith Families – with a special emphasis on family devotions. 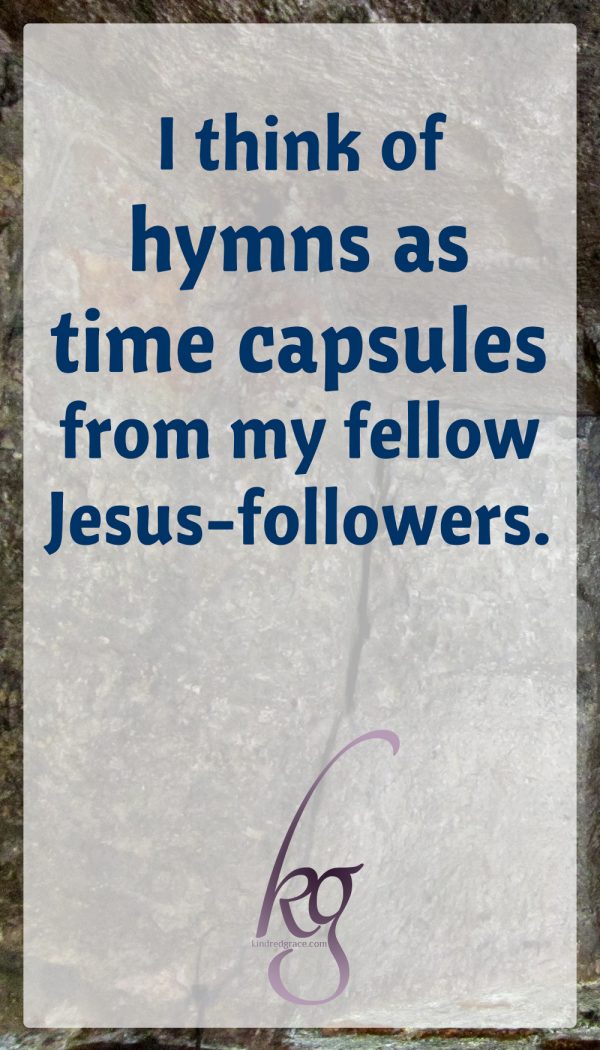 I love a good mystery, and I really love the individual stories that bring otherwise dry history to life. So I ransacked online archives for books from as early as the 1700s, poked into census records, and made use of Google Translate and multi-lingual friends.

I found hymn histories written by hymn-writers themselves. I looked for anecdotes about others who – like me – experienced these songs as good companions in crisis-times.

I discovered that many hymns were born out of great personal suffering! They were a response to chronic sickness, depression, blindness, the death of loved ones, heckling, persecution, and wars. They arose from other things as well, of course, like the Bible itself, God’s comfort, the beauty of nature, or a desire to reach out to children.

The 100 hymns in Hymns for Family Worship were written by a wide variety of people. They came from Great Britain and Ireland, Sweden, Norway, Germany, Canada, France, and the United States. Besides pastors, career poets, and Sunday school teachers, there were evangelists and circuit-riding preachers. Several of these authors were bedridden. Their number also includes a cabinet-maker, a statesman, a lawyer, a novelist, a schoolteacher, a newspaper editor turned insurance agent, a pharmacist, a former coal miner, and world-travelers who reached out to college students and to refugees.

I also found some fascinating tidbits. Carolina Sandell Berg, a Swedish hymn-writer, for example, was homeschooled. Frank Bottome, a British-born pastor, came to faith through the preaching of a Mississauga Ojibwa chief who visited from Canada. Joachim Neander wrote hymns in a valley that would later give its name to “Neanderthal Man.”

The earliest song in Hymns for Family Worship is “Glory Be to the Father,” written in the 2nd and 4th centuries, and the latest is “Victory in Jesus,” written in 1939. Most of the songs, though, belong to an explosion of hymn-writing in the 18th and 19th centuries, beginning with a little man named Isaac Watts.

An irrepressible rhymester from his childhood, Watts complained to his father that the songs at church – which were all paraphrased Psalms – didn’t speak directly of Jesus.

Did you know that Isaac Watt’s story is intertwined with that of the United States?

Among other hymn-books, he created Psalms of David Imitated in the Language of the New Testament. In 1729, Benjamin Franklin printed the US edition, which would be distributed to slaves across the American colonies, influencing the haunting spirituals that expressed their longing for freedom.

When Watts was born in 1674, he followed multiple generations of Dissenters who were persecuted and denied political rights for refusing to sign onto the state-mandated Church of England. It’s no mistake that a century later, the writers of the American Constitution would include this stipulation: “Congress shall make no law respecting an establishment of religion or prohibiting the free exercise thereof.”

Remember that time capsule idea? Well, Isaac Watts’s hymns are not the only instance where these songs bump elbows with history. For example, they intersect with the Sunday School movement, which taught the children of Charles Dickens’s world to read on the only day they weren’t working. Others intersect with the Clapham Sect, which promoted abolition from slavery, helped the working poor, and created the British Bible Society. These songs grew out of camp meetings in the American wilderness. They came from singing schools that taught music-reading to Christians – a movement that would eventually lead to music education in American public schools. They came from the early YMCA and its outreach to farmers’ children working in the city. They grew out of the partnership between evangelists like D.L. Moody, Billy Sunday, or Billy Graham, and the song leaders whose music complemented their preaching.

Finally, you need to know that some of the songs in this book aren’t hymns at all! The Sunday school movement led from more majestic and complex hymns to gospel music, which was easier for children to understand and sing. There are camp meeting songs, which were often created on the spot, collaboratively, while sitting around a bonfire, as a way to encapsulate the day’s or week’s meetings. And there are gospel hymns, designed as a way to “sing the gospel” to people who hadn’t yet come to faith.

The Bible tells us to address “one another in psalms and hymns and spiritual songs, singing and making melody to the Lord with your heart, giving thanks always and for everything.” (Ephesians 5:18-20, ESV)

I’ve found that God Himself has used many hymns to address my heart-needs.

I’m beyond grateful for the rich musical legacy left to us by many previous generations of believers.

Photograph:  Cave under Church of the Holy Sepulcher 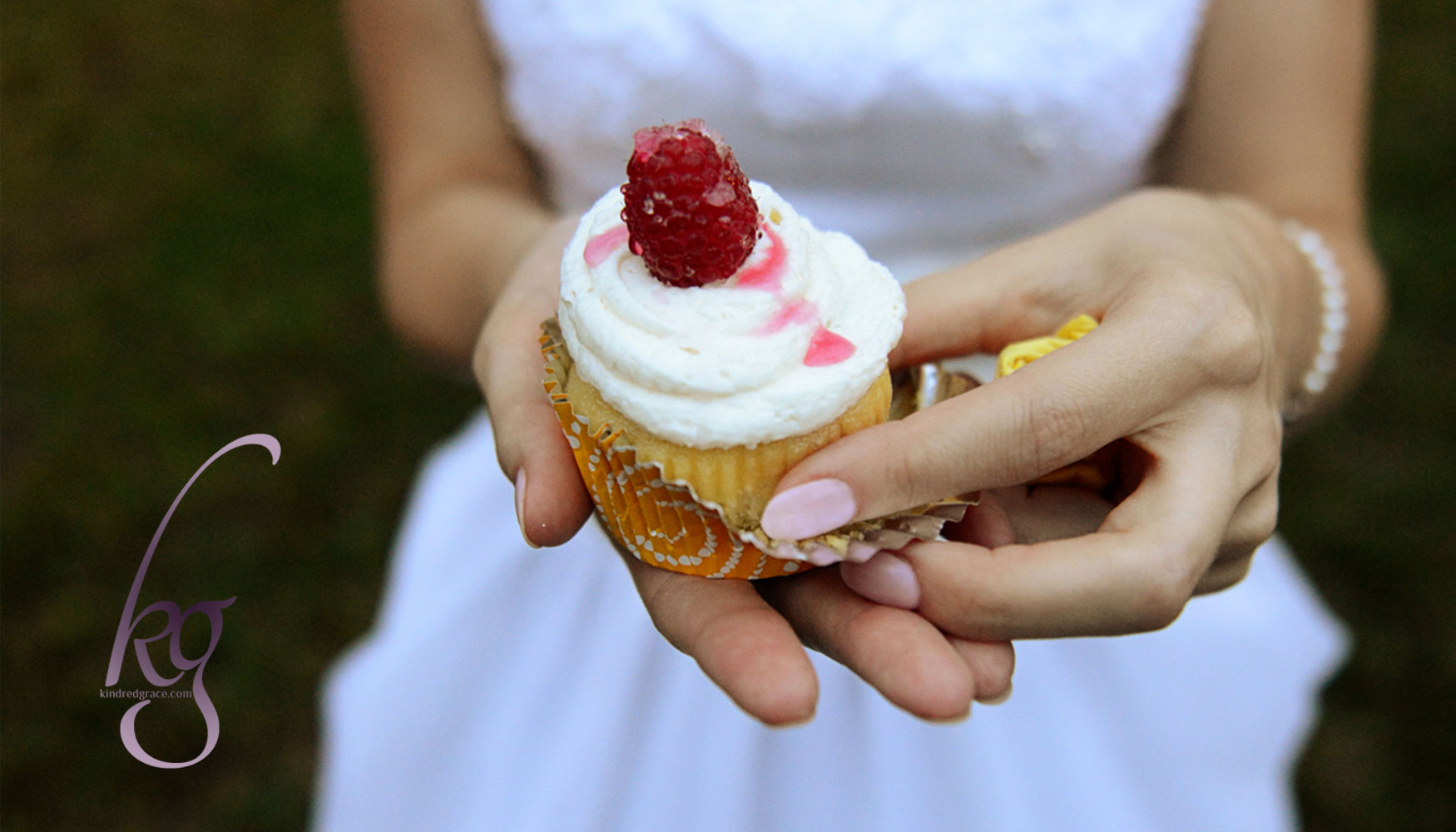 As a single, I read dozens of books on relationships. But I quickly discovered that there were two types of books on love and marriage: The books that told all the depressing divorce stories, brought up every negative aspect of the differences between men and women, and then invariably told you how to have a new relationship… 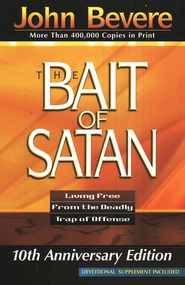 I couldn’t believe my eyes!  I gasped aloud at the incredulity of it. Someone was backing into my car — as I stood there and watched!  Completely oblivious to the fact that I was watching, the man didn’t even get out of his car to check the damage. My blood pressure soared – what was he… 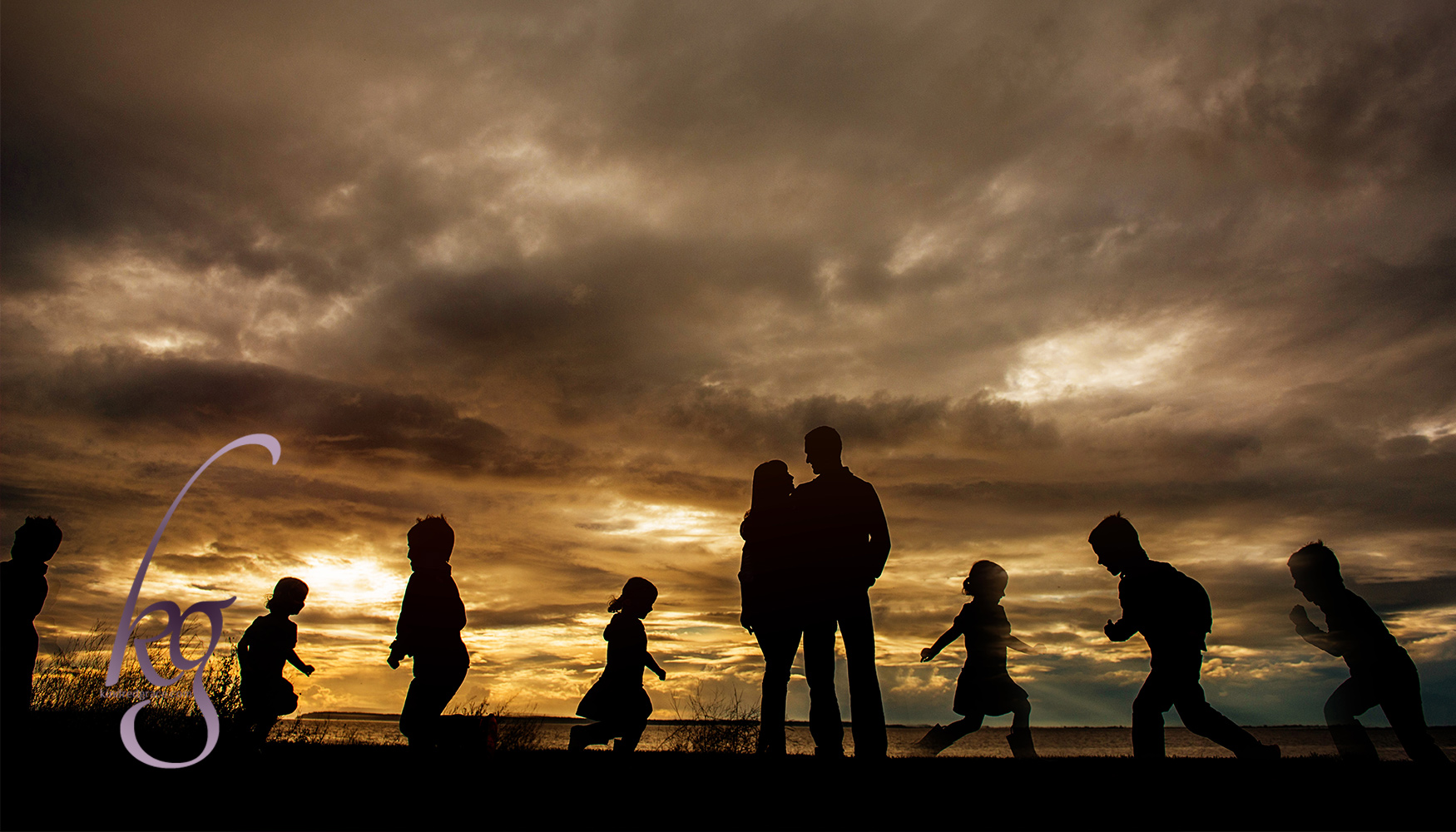 Last week, tilted back in the dentist’s chair, unable to speak, I listened to the technician praise my kids. “They are amazing. I wish every kid was like your kids. They’re so good.” I couldn’t argue with her or let her know the true reality since I couldn’t talk, so I decided to just bask… 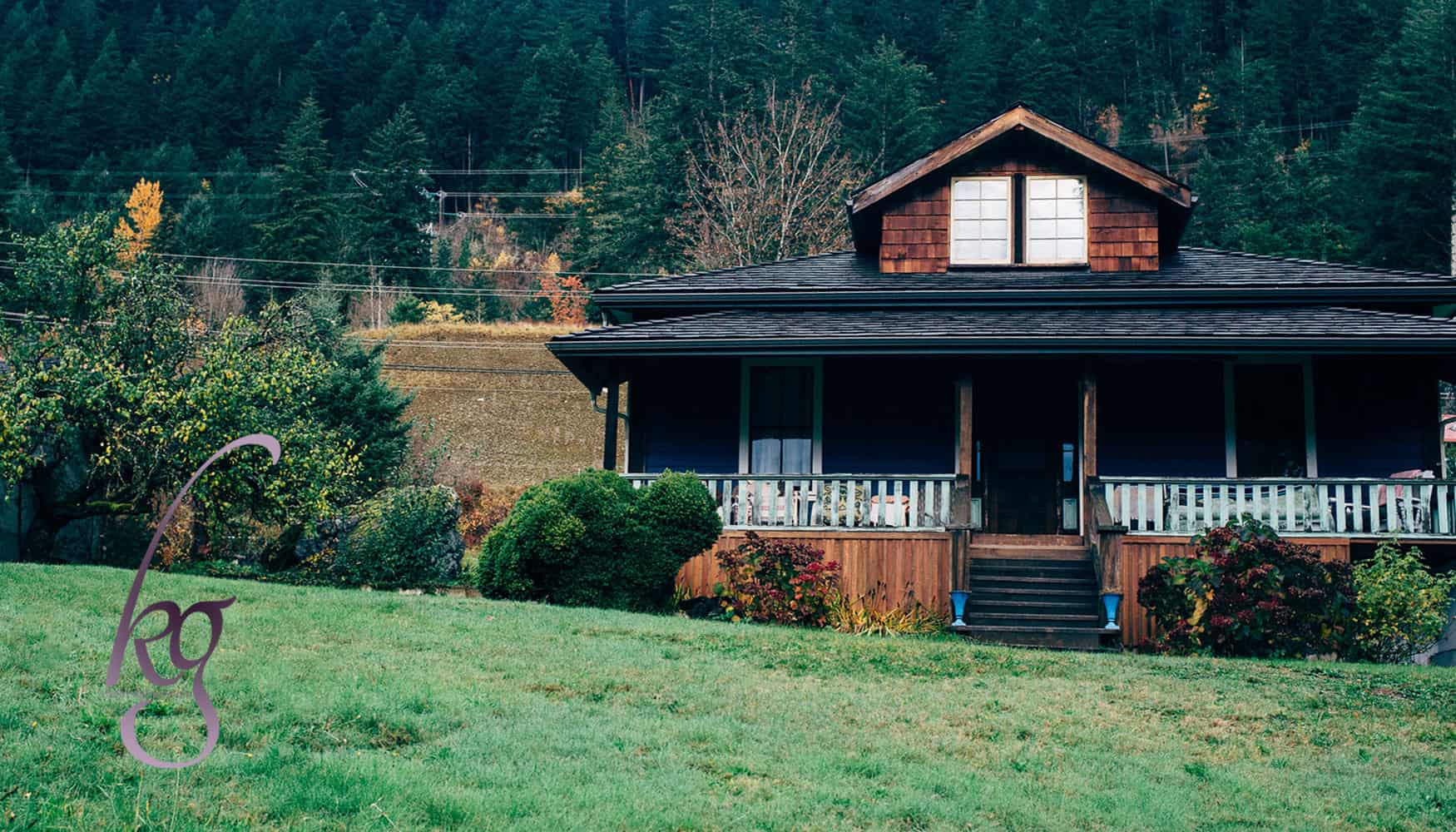 The early spring air felt crisp the morning I stepped off my front stoop and walked down our gravel drive for the last time until summer. On the last stretch of a short run, I slipped on a patch of mud and fell, fracturing my ankle. I called Nate in tears. He came, picked me up, put me in the car, and drove back to the house. My feet wouldn’t travel that same stretch of driveway again until August. 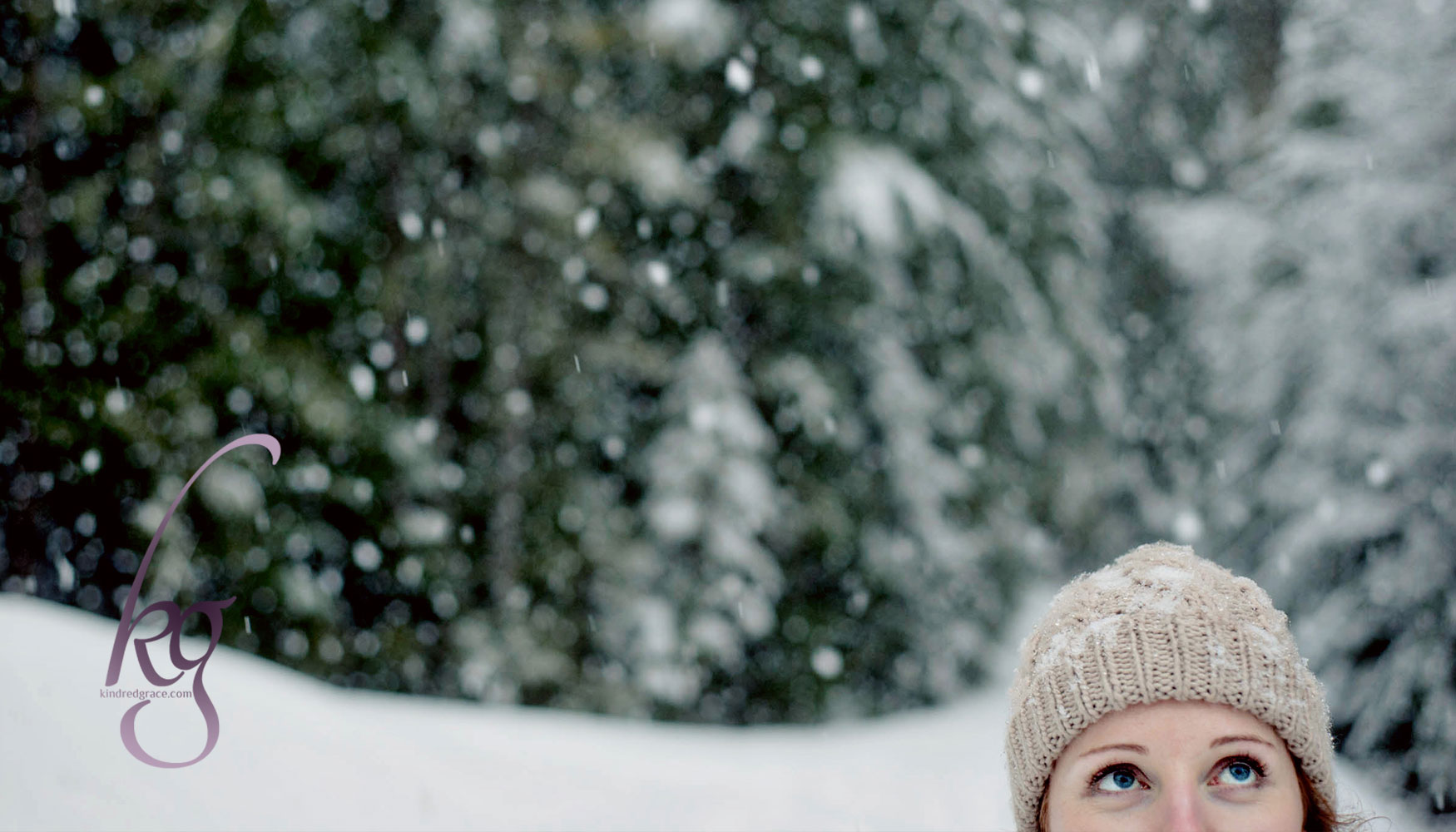 If Facebook can be trusted, there are two types of people in the world: those who listen to Christmas music year-round and those who only listen to it in December. I fall in the former category as the majority of the Christmas music I like is just music that celebrates Christ and His coming…and that’s… 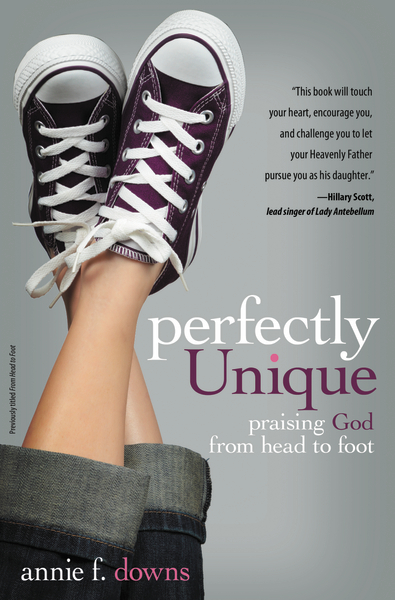 Do you have insecurities about your body? If you answered “no,” you’re in the minority among American women. If you answered “yes,” you’ll probably want to read Annie Downs’ book, Perfectly Unique. Not content with talking about areas of insecurity and trying to make us feel better about our bodies, Annie goes straight for the… 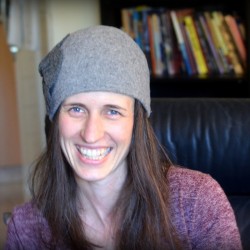