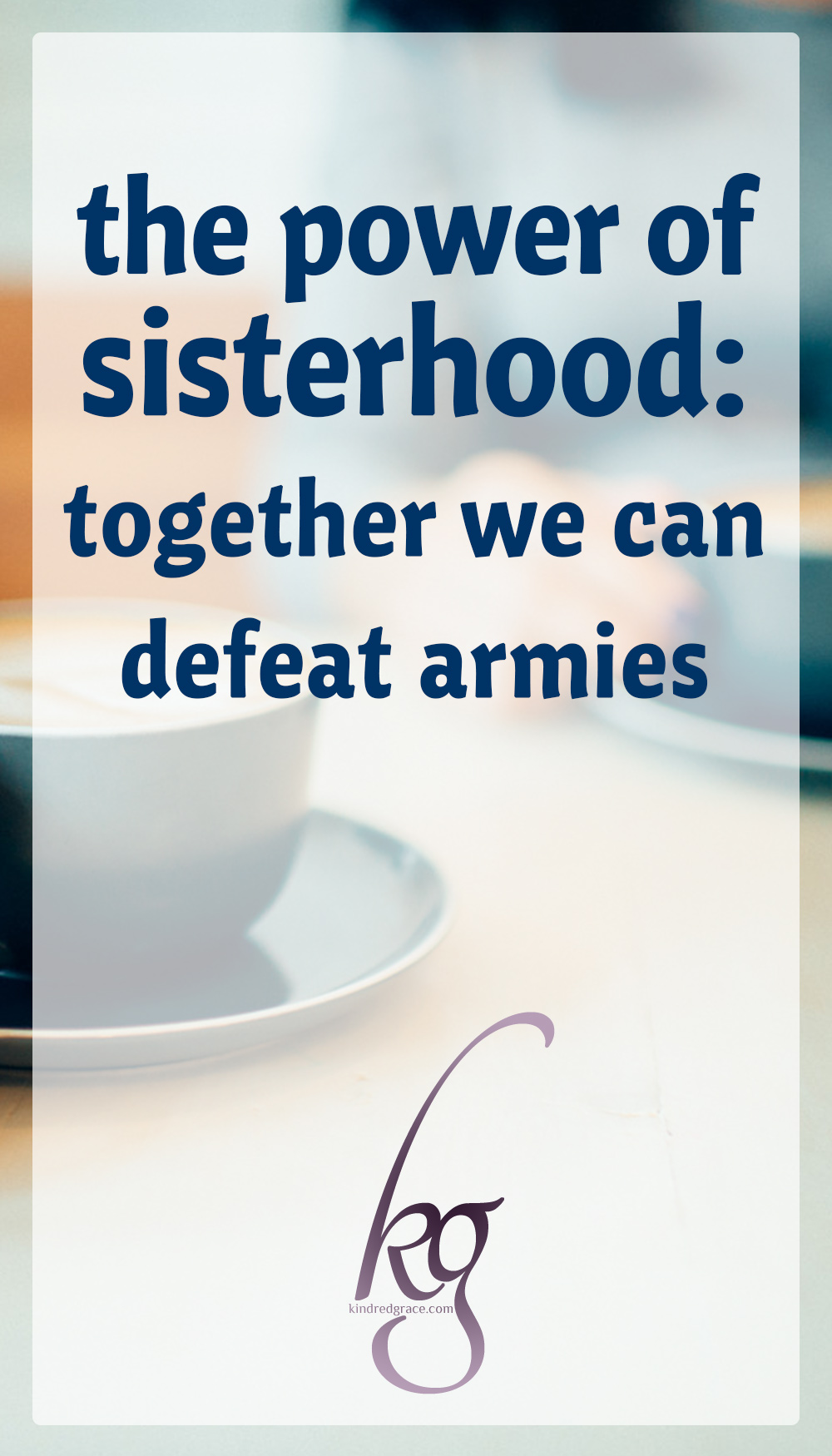 I signed up for a women’s retreat for our church, and the nerves of my introverted side made me anxious for the weekend. After I arrived and settled in the Southern California mountain retreat, the rhythm of the weekend allowed for depth and friendships to form.

On the final night of the retreat, the speaker shared the value of vulnerability in community, organically leading to beautiful moments with six new friends that night. One of those friends shared how God restored her marriage, and her authenticity trickled into every part of our veins.

Since we didn’t want our time together to come to a crashing end once we drove away from the mountains, we decided to start meeting twice a month in each other’s homes and build on the started foundation.

Through the decade that followed, our group of six became life to our bones. We walked through medical issues, raising kids, depression, financial and job challenges, marriage struggles, and celebrating major victories, among a plethora of other opportunities life threw at us.

We cried. We prayed. We laughed. We cheered.

It was as if we’d entered the story of the Israelites defeating the Amalekites. Joshua was on the front lines per Moses’ orders.

“Moses, Aaron and Hur went to the top of the hill. As long as Moses held up his hands, the Israelites were winning. But whenever he lowered his hands, the Amalekites were winning. When Moses’ hands grew tired, they took a stone and put it under him and he sat on it. Aaron and Hur held his hands up—one on one side, one on the other—so that his hands remained steady until sunset. So Joshua overcame the Amalekite army with the sword.” (Exodus 17:10-13, NIV)

Joshua couldn’t overcome the army alone. Moses couldn’t hold up his hands alone. Each role and character was intrinsically vital to the other.

And about that stone… Moses didn’t ask for the stone. His friends knew what he needed and placed it under him.

In one of my darkest and most difficult seasons, these friends placed a rock under me while holding up my arms. They brought meals. They took my children for an afternoon to play with their children. They kept knocking and calling. They stepped in and became my Aaron and Hur. I’m convinced their love and loyalty helped limp me towards restoration and joy.

Our lives became a beautiful tapestry woven together through time, experience and seeking Jesus. On the underside, a tapestry appears tangled and messy. But when it is flipped over, the colors and patterns provide a story and explanation of the mess. We learned to turn our messes into messages for each other over and over again. 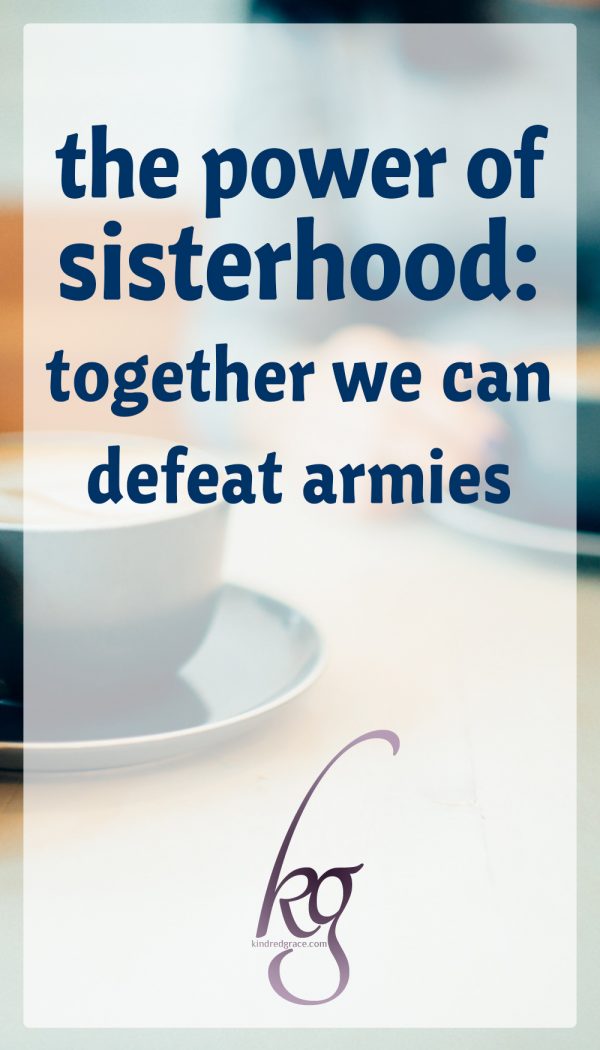 Eight years later, one of these dear friends was hired at our church. Since I was already on staff, I did internal cartwheels of giddiness at the prospect of working with her.

Our chairs sat back to back. It was more than tight quarters in our office, and our rolling chairs would crash together more often than not. On occasion, we’d spin our chairs 180 degrees to face each other. Many times this was the sweetest moment of my day. Real life and real conversations mixed with laughter and gut honesty.

Time paused in that rectangular office with minimal windows. And we talked about life, marriage, child-rearing, following Jesus, and our jobs. And it seemed to invoke purpose, perspective and forward-moving motion.

Now we both live thousands of miles away from those sacred chairs and our dear group where there was space and time to listen. Life moves on, and we’ve made new friends in our new cities who are at arm’s grasp to hold onto. But those accountability girls will always represent grace, acceptance and sisterhood to my soul.

We all need turn-your-chair-around friends–whether distant or near–that love deeply, listen well, and look into your eyes to tell you they truly care.

We all need friends who can lift our arms when we can’t lift them ourselves, those who can stand and cheer for courage when we’re on the front lines, and those who prepare a place to sit when we can’t stand one more second.

Going to that retreat was one of my best decisions. It was out of my comfort zone, but sometimes it takes stepping out in faith and trusting in God’s goodness for us to lean into the gifts that are already right in front of us. Those gifts blossomed in the form of a divine sisterhood, and the sweet fragrance of those blossoms is forever engraved in my heart.

Friendships take concerted effort, but sometimes it means being the first to step out and take a risk.

We started with each of us sharing our personal story. I found when we’re willing to invite others into our lives, the risk was well worth the reward, trust is built, and their stories soon became part of mine.

“And let us consider how we may spur one another on toward love and good deeds, not giving up meeting together, as some are in the habit of doing, but encouraging one another—and all the more as you see the Day approaching.” (Hebrews 10:24-25) 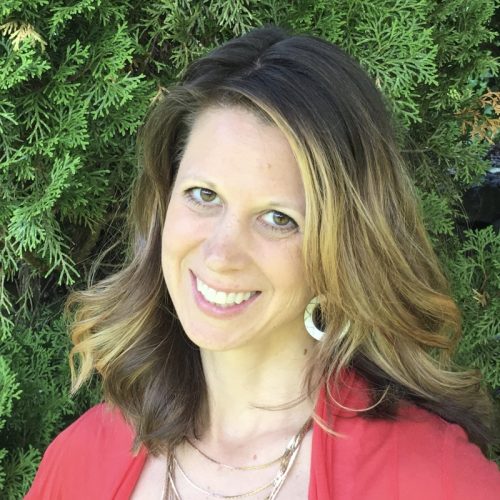 is wife to Matt, mama to Cameron, Kaylee and Gracie, and lives outside of Portland, Oregon surrounded with green trees, winding rivers and purple hydrangeas. Right after their wedding in 2001, she and Matt resided in a hut in Kenya, teaching and doing social work in the villages. Her heart rests in the grandeur of nature and in the intimacy of a hug. She loves Jesus, the Seahawks, speaking in Swahili with her preschooler and gliding on the ice.