Last year, I left a conversation filled with inspiration and wonder, after learning from my dear friend, filmmaker Sarah Williams, the process involved in adapting a shared favorite novel into a film.  For this year’s March of Books,  I thought I might invite Sarah into the discussion to help us get to the bottom of the question, “Is the book always better than the movie?”

Callie: Thank you so much for joining us at Kindred Grace!  To begin with, I know filmmaking is more than an art for you; it’s a ministry and a mission. What led you to pursue the film industry?

Sarah: Besides my obsession with Spielberg and DreamWorks, I always hoped that I could make a difference in the media content that was being produced by Hollywood. I hoped to create films and shows that would be edifying, and that would share my faith and worldview.  Media is the number one influence of cultural change.  As believers, our job, our call from Jesus, is to make disciples in the entire world, so why not use the most influential method available?  And following in Jesus’ example as the best storyteller who ever walked the earth, my heart is to use visual storytelling to help change and influence this generation and today’s culture. 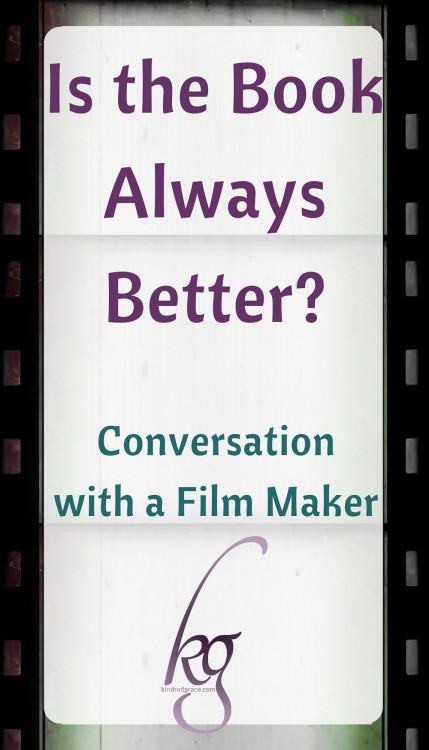 I’m inspired already! Let’s get to the heart of this interview: Being a visual storyteller, do you think the book is always better?

It really depends on the book and the film, and whom you ask.  When I had more time, before motherhood, I would commit to reading the book before watching the film adaptations.  When time and money is put into a production that is adapted from a book, often the adaptation is able to hold its own value.  But art is subjective based on its power to affect an audience.  Written words are able to evoke an imagination in the reader, whereas a film delivers the director’s interpretation of imagery to the audience, thereby immortalizing his subjective perspective.  Truly, the original book and the visual adaptation should be treated as independent works of art, vehicles to evoke emotion and reaction out of their audience.

So is this even a fair question?

It isn’t really fair to compare, in one sense, by the nature of time alone.  Books have the luxury of an attentive reader dedicated to turning each page for hours on end, whereas a film must tell the story start to finish in less than two hours, excluding trilogies and series.  A film functions almost as a visual “Cliff Notes”, highlighting the best a book has to offer and eliminating the rest.

Can you tell us a little about the process involved in turning a book into a script and then film?

This is difficult to formulate.  Writers take a different and unique approach of what works for them. Universally, every book turned movie starts with an “option”.  A writer must “option” a book in order to have the legal right to adapt it to screen.  Options vary in cost, terms, and duration, which give the screenwriter a deadline on when the script must be completed and sold for production.

Next, once legal rights are secured through the option, the writing begins.  Typically when adapting a book, a writer will read the book, taking note of significant characters and plot points, and then leave it for a considerable time, giving opportunity for the story to marinate in their minds before adapting to screenplay.

By giving time between reading and writing, only the most significant plot points remain etched in the writers mind.  The writer then fills in the memory gaps between major plot points with their own creation.  This is where many of the Book Enthusiasts get angry at a film and throw their popcorn for “not being true to the book”.  While this isn’t always how a book is adapted to film, through this method, a film is boiled down to the essence of the book, keeping the heart and soul but often raising the stakes, and intensifying drama.

A film needs intensity and a strong variation of emotions, while jumping quickly through time, to cover the most amount of story in as few minutes as possible.  Books often can get away with much less action and variation as they typical include pages of conversation, verbose details, and descriptive language to evoke the readers’ imagination. Artistic license is used to condense and combine characters and events to make the visual experience more thrilling and engaging.

Once a screenplay is written it is either produced by the writer or sold, which then subjects the story to further mutations and variations, as studios usually buy a script and hire studio writers to come in and make final changes.

Then there comes the casting and the filming. Who will be forever immortalized as the face of your favorite character?  How will their lines be delivered?  Finally, how will it all be edited together?  Often times a script may adhere quite strictly to the original, but once filmed, the run time is too long. In the edit it must be shortened, so story lines are cut, characters minimized and scenes dropped.

In your personal creative ethic, do you feel the production team should stay “true” to the book, or should creative liberties be embraced?

Yes, to both. . . Creative liberties must be embraced, but with the truest integrity to the original.  You figure that a page of writing is about 1 minute of screen time.  An average book of 150+ pages is too long and the typical short story is too short.  The typical film run between 90 minutes to a maximum of 120 minutes.  There’s a simple time factor that necessitates liberties, but also some things just don’t play as well on screen asthey read.

How does this play out in a few of your favorite adaptations?

One of my favorite adaptations is DreamWorks Prince of Egypt, not a novel, but from a literary work.  The Bible just doesn’t give a lot of emotional details.  I personally love the drama and brotherly relationship they created between Moses and Ramses, but in truth Ramses was the uncle of Moses. More than likely Ramses was groomed for the throne while Moses was separated for regional or spiritual leadership training, and there were a ton of siblings and cousins. Those facts would get in the way of the emotion, and our attachment to the characters.  The adaptation heightened the stakes, and brought the conflict to a head of betrayal and deep seeded rivalry.

Lord of the Rings is another example of an excellent adaptation, although I would argue that director, Peter Jackson, held a little too true to the books in having so many false endings!

My favorite adaptation is the classic Anne of Green Gables.  It’s a time investment,  but the made-for-TV mini-series is much shorter than reading the series, and brings so much more life and person-ability to characters, more charm and affection for Gilbert, and higher stakes for Anne’s conflicted romance.

Also, on my top 10 lists of adaptations is The Vow.  I actually read the book after watching the film, and found the film to be almost a completely original story, aside from the car accident causing amnesia. Almost nothing of the original was preserved, and yet I felt it was an equally captivating story.

Those are great examples! How about least favorites?

There are plenty that disappoint in production value, that I wish would have had more effort invested.  Narnia sequels are a great example of something that held true as an adaptation to the story, but should’ve been on par with the production value of Lord of the Rings.  It was just missing the authenticity and immersion that the others had. 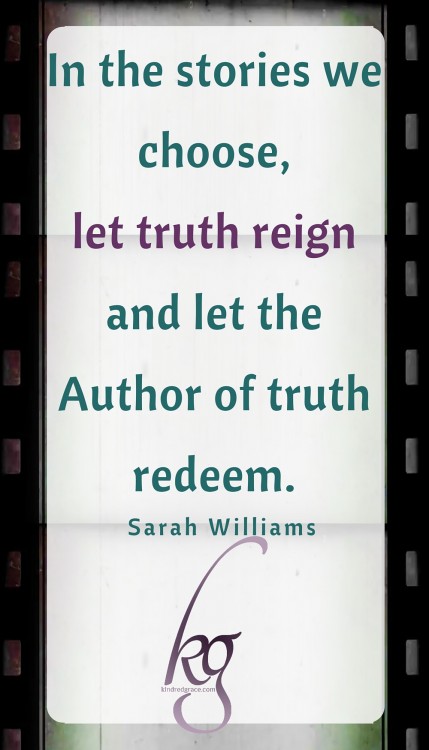 How would you recommend that avid readers should evaluate films based on their favorite books?

Films, as with all art, should inspire dialogue and thought. Like I said before, books and films should be approached as independent works of art.  Don’t feel betrayed by changes you see.  Rather enjoy it as a new experience and rejoice that a new audience was just touched by a story you were able to enjoy in print first.

Many of our readers are also writers.  What advice do you have for someone interested in getting into script writing?

Read more, observe and take notes on life around you, dedicate time to learn the craft in courses and writing competitions. Learn to be vulnerable with your darkest secrets and fears, and above all, just sit and write. One great mentoring opportunity and correlated competition is the 168 Write of Passage.  I would highly recommend to anyone who wants to take his or her screenwriting to the next level.

A good story comes from truth.  As believers, we know the Author of truth so we should be the best storytellers in the world!   In the stories we choose, let truth reign and let the Author of truth redeem. A good writer needs to be able to face all truth, even the darkness, and be vulnerable.  Our darkest moments can be the greatest opportunities for Christ’s redemption to shine through in our lives and in our writing.  That is how a book and a movie touch their audience, because it’s real, it’s authentic. 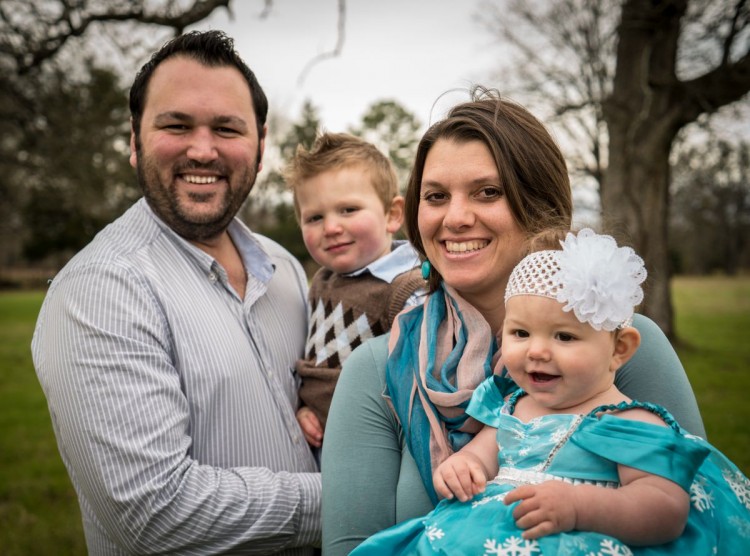 Sarah Williams (née Sanders) graduated from Biola University in 2003, followed by an internship at the Los Angeles Film School. Her filmography includes a line-up of hit Hollywood television shows. Notably, she was the Art Director and Editor on the feature film, To Save A Life. Today she lives in Jerusalem, Israel where she serves the Lord at the Kings School of Media (KSM), alongside her husband, school director, Greg Williams.  At KSM, Sarah is blessed to train a new generation of film makers “to tell visual stories where the greatest story ever took place”, and to see the fruit of her ministry in productions such as KSM’s award-winning documentary, Victory in Christ, telling the stories of Assyrian Refugees fleeing from ISIS.  Sarah and Greg have two beautiful children under the age of three, Zechariah and Tehilah.