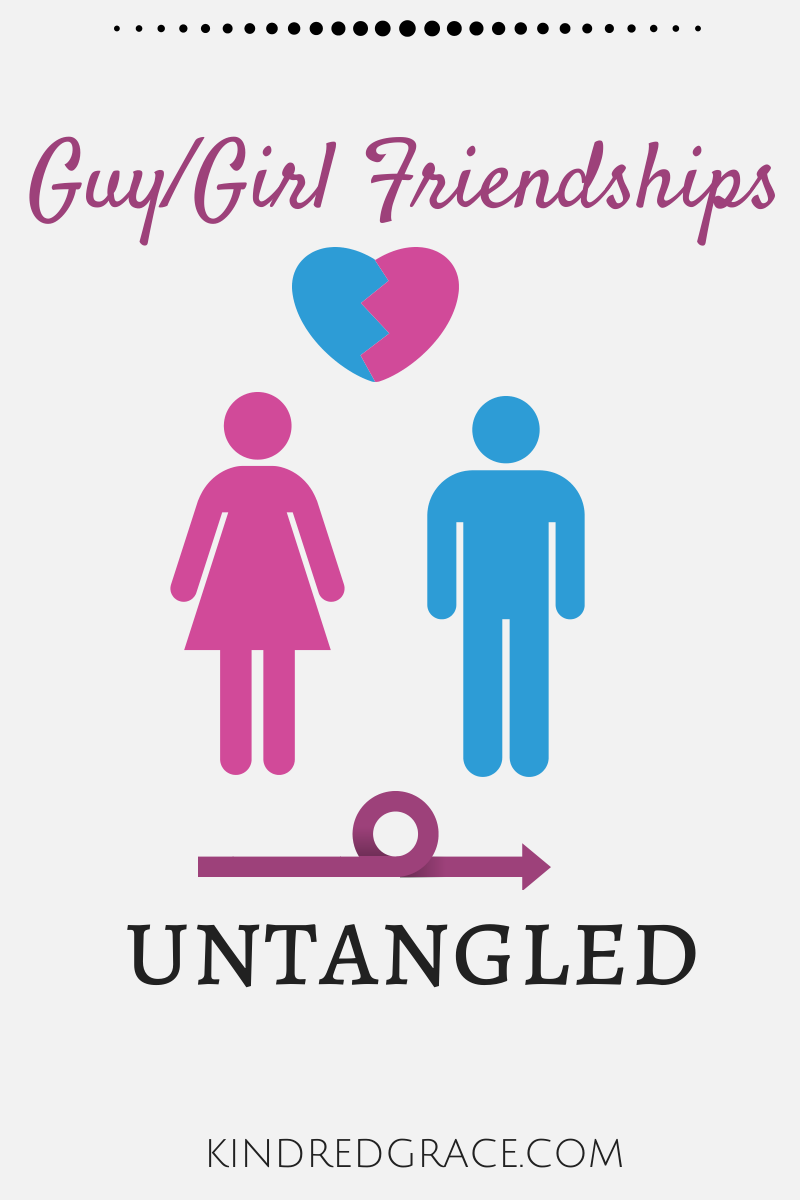 Your mama could’ve called it from a mile away. That sweet boy who was “just a good friend” has gone and broken your heart. Or just as likely, you’ve broken his. And now you’re wondering where you went wrong. After all, last you checked everything was platonic, and now you’re suddenly in a sticky, complicated, awkward situation.

Let’s start by saying you’re not the first girl this has happened to. Have you ever read Les Miserables? That was written well before the term “friend zone” was coined, back in the days when “brother in Christ” simply referred to fellow Christians, and yet Eponine falls for her best friend and makes “broken-hearted” an understatement. Now “simple” is a distant state we merely long for, and “miserable” is precisely how we feel.

If you’re thinking, “Here comes a boatload of old fashioned etiquette lessons,” please keep reading. Appropriate boundaries aren’t just for tea with the queen and they might even end up saving your relationship with a guy.  Maybe you were the girl who always played with the boys because “girls are so dramatic.” Maybe you were the shy girl with the one, faithful guy-friend. Maybe you don’t even know how to be “just friends” with a guy. Any way you cut it, there’s no simple formula to guy/girl friendships, but we can bust a few myths and talk some sense while we’re here.

1. People fall for their friends

It’s natural to develop strong feelings for our companions. Just like we attach to our girlfriends, we begin to attach to our guy-friends, but this often leads to “more than just a friend” type feelings. After all, men and women are designed to be attracted to one another and the more you have in common, the more you hang out, the closer you become, the more likely it is for those feelings to kick in. It is natural and perfectly okay to fall for your friend (after all, every good marriage is based on a strong friendship!) but it can complicate things. If you and a guy-friend start to have mutual romantic feelings for each other, talk it out and try to intentionally change the trajectory of your relationship. Otherwise, you’ll end up in a confusing “friendationship” (as one of my girlfriends calls it!).

2. He’s not your brother

If I had a nickel for every time I’ve heard a girl say, “He’s like a brother to me”, I’d probably be able to open my wedding chapel. Maybe you think of him as a brother, but you must remember: he isn’t your brother. This has several implications, the first being that you could potentially end up in a romantic relationship. The second being, your intimacy with a guy cannot be blamed on your familiar feelings toward him. If you are spending time at each other’s home, keeping confidence in one another or being physically affectionate, you need to put on the brakes. He is not and will never be your sibling, so try to impose some social standards into the situation before either of you creates a relationship you’ll regret.

It seems like the issues with guys and girls being friends is old-fashioned or even imaginary at times. You might have guy friends who you have a lot in common with or get along with even better than you get along with girls. You might really hit it off, love to be together and have a great friendship…until everything goes south. I’m not saying guys and girls can never-ever be “just friends”, but most people do eventually enter romantic relationships and marriage (statistics show) and when this happens, your friendship will not only weaken, but also become very complicated. For example, if your best friend (who happens to be a guy) is now dating or engaged or married, it is no longer appropriate for you to have an intimate or private relationship with him. Texting him late into the night, expecting long phone calls or one-on-one time together is unseemly. If this causes issues between your friend and his lady or causes her to be angry or jealous, you should not be surprised. She has been promised a special, intimate relationship with this man and you simply don’t have the right to expect something similar at this point. That may sound harsh, and certainly disappointing, but it is the way things work. Many affairs could be prevented with appropriate boundaries among friends.

4. He can’t replace your girlfriends

A good marriage, as I said earlier, should be founded on a great friendship. I don’t want to settle for anyone who doesn’t care deeply about me, have some overlapping interests, enjoy spending time with me and supporting me in all that I do. However, even the greatest husband makes a poor girlfriend. That sounds ridiculous, but it’s true! Your man cannot replace the women in your life. Whether you are single, dating, engaged or wed, you should seek to hold onto the strong female friendships you’ve already created (or pray that you would find such friendships.) Women can relate to each other in a unique way. Scripture tells us that older women should be pouring into younger women (Titus 2:2-4.) Though we can learn from men (and men can learn from us!) there are certain things women must teach one another. If you hope to marry, you hope to find a man with whom you can have the most intimate kind of relationship known to humanity, but that doesn’t mean he becomes your one-and-only person for every area of your life.

Guy-girl relationships can be complicated, it is true. But there are some basic boundaries that, if established early on, can prevent much heartache and…well, stickiness! Heaven knows girls need good guys in their lives, but we could use a little old fashioned etiquette as well.

What is your experience with guy/girl friendships? What other questions does this bring up?