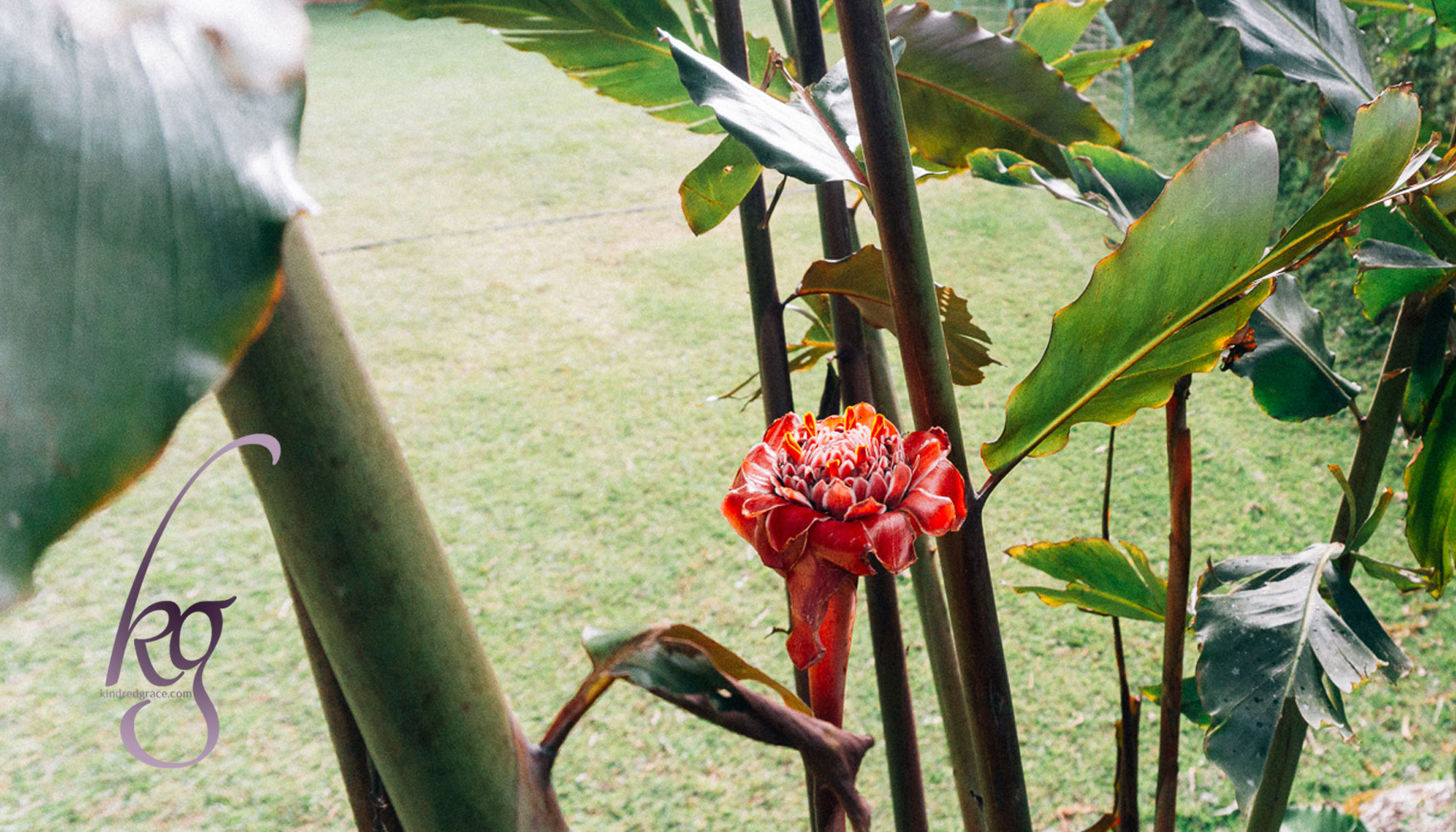 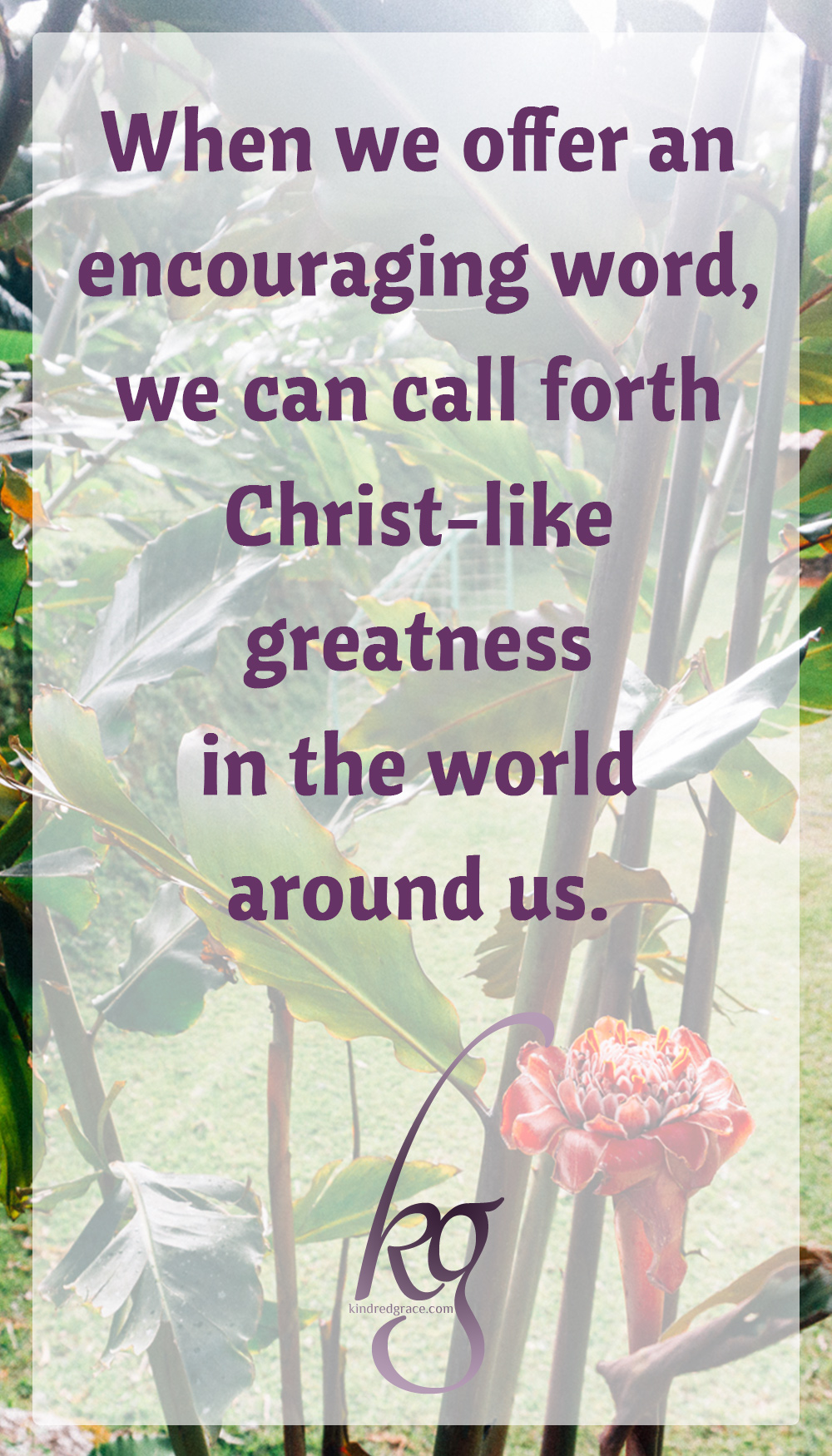 Speak to me inside of her.

That was the word the Lord whispered into my heart the day I hit my knees in prayer for a friend.

I had struggled in our relationship. We were in a Bible study together and it seemed that no matter how I tried to encourage her in her walk with the Lord, my words were either received as judgmental or legalistic. Where the tension was coming from, I didn’t really know, but what was certain is that I cared about her and wanted to see her live as an overcomer in the Kingdom.

Even so, I felt paralyzed in my ability to say anything helpful or beneficial.

After lunch together, and a short story about a nickname she had received that was less than uplifting for a woman of God, I locked myself in my room and prayed:

Lord, show me how to reach her heart. Nothing I’ve said has worked before. I just keep messing up, but you love her so much. How can I encourage her?

And then the whisper:

Speak to me inside of her.

I was not quite sure what that meant, but after some thought, a memory of my own father’s loving words surfaced.

My parents separated when I was sixteen. Living in a different home from my dad for part of the week meant bedtime prayers in our rooms were replaced with evening phone calls. On the phone after he would pray, my dad would always say, “Thank you for being such a good girl.” He would say this to each of the four girls in our family, and the same for our little brother (with a pronoun adjustment, of course); and he would offer this gratitude all the same, whether any one of us had actually been good that day or not (and he knew).

That simple statement was profound enough to keep me from making some poor decisions, and kind enough to stir repentance in my heart.

Years later, my dad, now GrandSir to my three little ones, encourages me to do the same as a mother.

“You better call it forward.” he says, “speak things that aren’t as though they are.”

In context, the passage from Romans 4 that my dad is referencing is about God’s promise to Abraham, that he would be the father of many nations. In His infinite wisdom, the Lord spoke beyond what was taking place in the natural, the childless marriage of an aging couple, and addressed the Truth of His sovereign plan. In fact, I believe one of the most powerful examples of encouragement in the Bible falls on the next generation involved in this story, Isaac and Rebecca (Genesis 25).

When Rebecca was dealing with a rather uncomfortable pregnancy, she inquired of the Lord, “Why is this happening to me?”

“Two nations are in your womb…”

The Lord did not address her pregnancy concerns with medical terminology regarding the development of the fetuses. He didn’t even speak about the immediate activity of her precious babies.

Rather, the Lord called them nations.

He addressed Rebecca’s pain and concerns with a vision far beyond her right here/ right now. He addressed her little ones in the womb as something so great as two different civilizations, encompassing not only what they would achieve in their own lifetimes, but also how they would influence generations to come. He spoke into a reality that we are living in even today, thousands of years later, in a tense Middle East.

In His infinite wisdom, the Lord spoke beyond what was taking place in the natural and addressed the Truth of His sovereign plan.
Click to Tweet

When we encourage one another, we’re called to do the same – to help each other look beyond our present circumstances toward the Lord’s eternal plan for our lives, trusting that all things will work to the good of those called according to His purpose (Romans 8:28), and fanning into flame the eternal gifts and character He has put in our hearts (2 Timothy 1:6).

We're called to help each other look beyond present circumstances toward the Lord's eternal plan.
Click to Tweet

I may not be as gifted in this as my father, but I try to follow his example, doing what I can to speak this form of encouragement into the hearts of those in my life, especially my children. Only recently did I realize how much they are absorbing such words. My oldest approached another adult and innocently said, “Did you know that I’m going to be a great leader in Israel?” My heart was touched hearing him speak forth the very words I pray over him every night at bedtime.

My seven year old has a caught a vision for his life, one that we talk through from a variety of angles, but it is exactly that – vision – that I hoped to inspire. The well-known verse from Proverbs 29:18 tells us:

“Where there is no prophetic vision the people cast off restraint, but blessed is he who keeps the law.”

In biblical Hebrew, the word for vision means a prophetic revelation, a word directly from the Lord. Without abiding in His Word, we are warned that we will cast off restraint. This is to live unruly, even uncovering and shaming one self.

Though I didn’t have a strong theological understanding of all that was taking place as a young adult, intuitively, I recognized that my precious friend was shaming herself by accepting this worldly word from others.

She needed a vision.

As I wondered if I could offer her an accountability similar to how my dad’s words ministered to my heart, and inspired a holy goodness in my own life, a scripture came to mind:

“I have been crucified with Christ. It is no longer I who live, but Christ who lives in me. And the life I now live in the flesh I live by faith in the Son of God, who loved me and gave himself for me.” (Galatians 2:20)

The best that I could understand it, the Lord was asking me to call forward Jesus’ own character in my friend, to look at her and speak what I saw as if I was looking directly at Him.

And Who is He but God’s Word fleshed out?

Jesus is God’s vision for our lives.

I was to give her a vision of her Christ-like identity. And that is exactly what I did when she stopped by again that very same evening; I spoke a word about her character based on the new creation she was made through His shed blood.

Feeling a little bit nervous, but full of care, I brought up the less than becoming nickname:

“I know you said you didn’t really mind being called that name, but it bothers me. It bothers me because that’s not who you are. You are pure. You are holy. And you are beautiful. If they are going to give you a nickname, then it should be one of those. You don’t deserve anything less.”

Her eyes became teary and she gave me a big hug.

I don’t know if she ended up confronting the scenario, or if that small conversation changed her heart in anyway, but it certainly changed mine.

I felt renewed in my own identity as redeemed of the Lord, trusting that He saw me the same way that He opened my heart to see my friend that day – in the likeness of His Son. 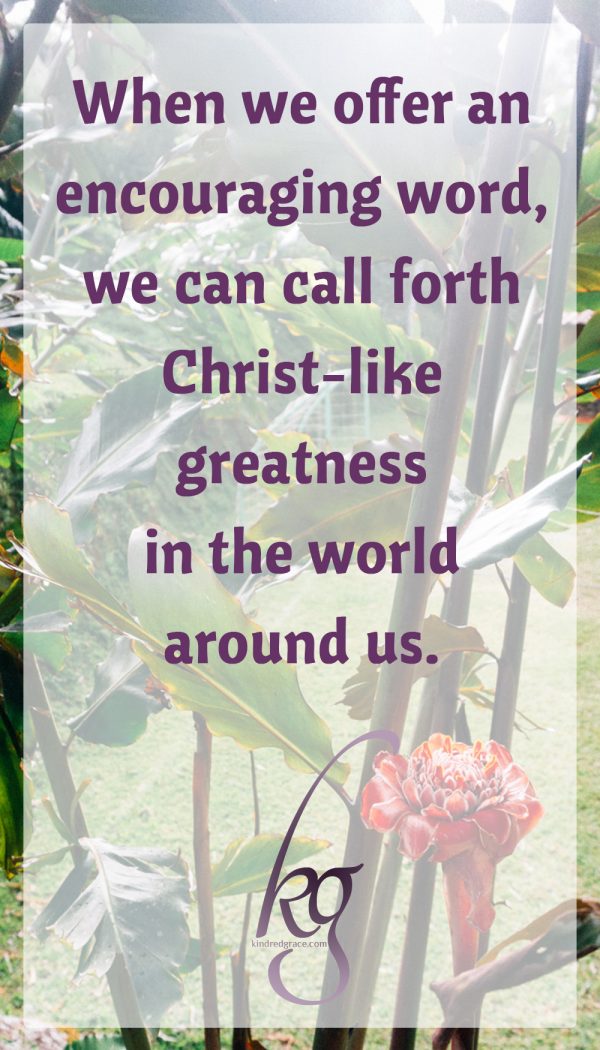 Though I certainly do not do it perfectly, I learned the power of encouragement to point others in the direction of the Lord’s vision, His prophetic revelation, for their lives as found in His Word.

As the Body of Messiah, when we do something as simple as to offer an encouraging word, we can call forth Christ-like greatness in the world around us. And that is quite profound.

When we offer an encouraging word, we can call forth Christ-like greatness in the world around us.
Click to Tweet

We believe that true love, real freedom, and authentic identity can be found only in the grace of our Lord and Savior Jesus Christ.
END_OF_DOCUMENT_TOKEN_TO_BE_REPLACED 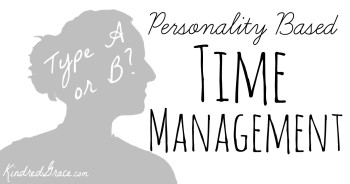 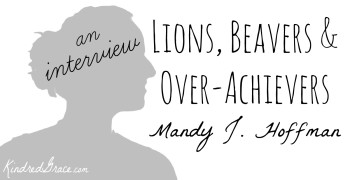