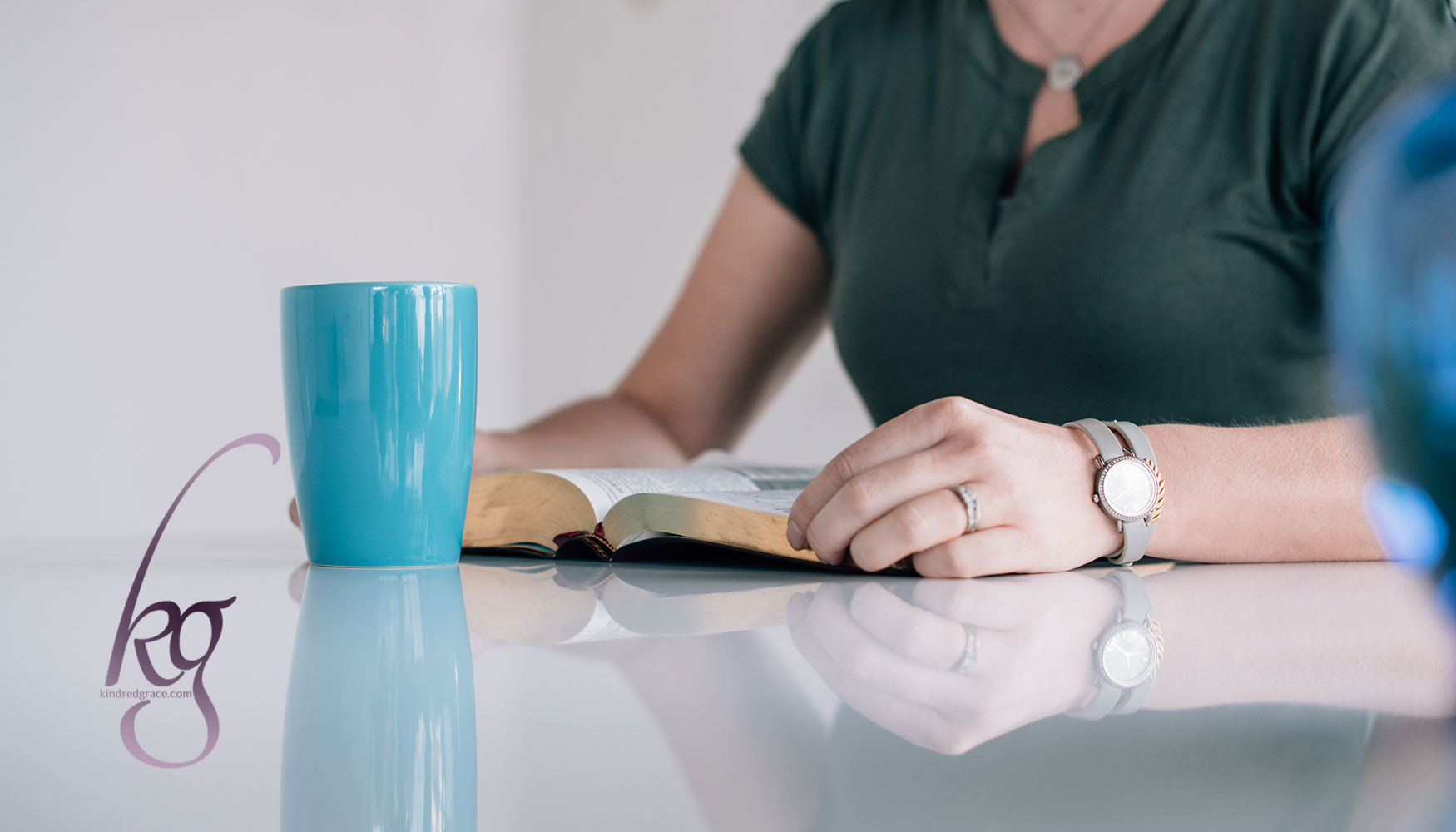 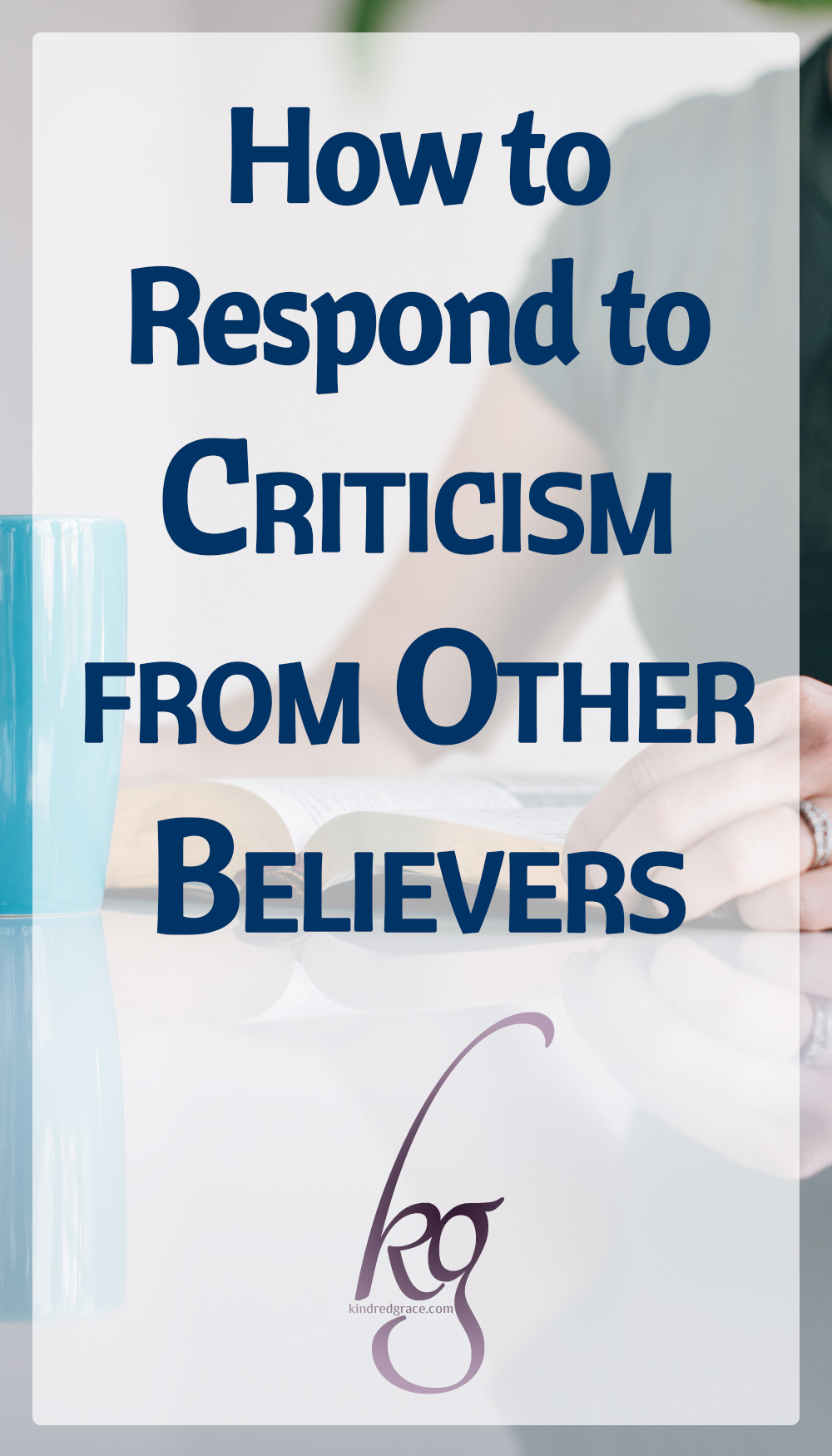 I was confronted not long ago by a fellow Believer.

She questioned my actions in a situation and then gave me Scripture references to back up her words. She wasn’t mean, or spiteful in any way, but of course it still hurt.

This wasn’t the first time this has happened. In fact, over the course of my life as a Christian there have been multiple times when I have been confronted. It’s a good thing, one of the best parts of being in community, but also one of the very hardest. It’s painful to have your faults (real or imagined) pointed out to you.

And yet, we are instructed in Scripture to do this. Matthew 18:15 tells us to go to the brother who sins against us. Galatians 6:1 reminds us to restore, with gentleness, anyone who is caught in transgressions. 2 Timothy 3:16 explains that all Scripture is useful for teaching, reproof, and correction. Luke 17:3 says that if your brother sins, rebuke him, and if he repents, forgive him. Ephesians 4:15 is a reminder to speak the truth in love, so we can grow up into Christ.

There is no doubt that in the community of believers, we are told to be in deep relationship with each other, which requires conversations that are specific not only to praising the way the Lord is using our brothers and sisters, but also to rebuking or correcting when there is an issue.

While I learned early in my walk with the Lord that this was good and to accept it with humbleness, there were some parts of how to deal with confrontation in a healthy way that I didn’t understand for many years.

Here are four truths about confrontation that have transformed how I respond:

1. Displaying humbleness in confrontation does not mean you have to agree that the other person is correct in their assessment.

When I was in college I had a professor who confronted me about sharing my decision to fast and how that was in contrary to Scripture (Matthew 6:1). For years I carried guilt over that conversation. Eventually, the Lord revealed to me that I wasn’t able to free myself from the guilt, no matter how many times I repented, because there wasn’t anything for me to have guilt for! I hadn’t shared about fasting to praise myself or to be seen as righteous. I had mentioned it because I was talking about my excitement over writing a paper on the passages in Isaiah 58 that talk about true fasting. My focus in the conversation was on what I wanted to learn and grow in, not any kind of boasting.

Looking back, what I didn’t understand at that time was that the opposite of defensiveness and pride (our natural human response to confrontation) is not agreement, it is humbleness.

These three things can, but do not necessarily, have to include agreement with the person confronting.

2. God is ultimately our Judge, and He alone knows our hearts.

Accepting correction from someone does not mean applying their judgment of the situation to your life. Confrontation is a gift that is meant to reveal your heart and your position toward God. Sometimes it will reveal you to be face-to-face with the Father, as you should be, and other times it will reveal that your back is turned to Him in a specific area.
Think of it this way: I’m visiting you and I feel like the water at your house is a little off. I love you and I want you to be healthy so I purchase a water filter and gift it to you.

Now, you can do any number of things with this filter. You can be offended that I didn’t like your water and throw the gift back in my face. You can argue with me about the merits of your water and why I’m wrong. You can decide that I’m only giving you this because I want to judge you and make you feel bad.

Or, you can accept the gift, even if you feel hurt that I didn’t like your water, and choose to show grace and respect because I cared enough to take the time to bring you this gift.

But don’t just rush home and install the filter. Because my judgment of the situation may, or may not, be accurate.

Instead, get your water tested. If the filter is needed, apply it! If not, you can return the filter gently, explaining that the water was tested and is fine, or simply set it on a shelf in case you need it at another point, or haul it out with the trash later.

This illustration is pretty self-explanatory but let me spell it out for a second… God is our water tester. He is the ultimate Judge on our heart’s condition. We know His requirements from Scripture but it is His Spirit in us that testifies to our true state. If we are in Christ, then we know if we are hiding from Him or facing Him.

Confrontation in the Body is our revealer. Whether the judgment from our brother or sister is correct, or incorrect, our job is to allow the Spirit to test our hearts and see our condition for what it is so we can be transformed more into the likeness of Jesus.

So by all means, if your water tests off, apply the filter! I have been in this position many times and I am so thankful for the way my heart has been healed, little by little, as I have dealt with underlying sin patterns and bad habits. I know there will be many more times in the future and all I can say is Praise the Lord that He is faithful.

3. Sometimes God uses a rebuke in one area to open our eyes to an issue somewhere else.

The confrontation that I mentioned at the beginning of this post was about the content of one of my books. The person felt that something I included was not acceptable for a follower of Jesus.

When I took this to the Lord (and my husband, because sometimes we need help to discern when our emotions are involved!) I felt released from any guilt. I still took the time to study and meditate on the verses given to me (how can you go wrong if you’re spending time in the Word, right?) and became more and more convinced that what I had chosen was the right course of action.

But something else happened while I was studying those verses. A truth was revealed to me that showed an issue in my heart that did need to be corrected.

Even though this confrontation was painful, and even though I ultimately disagreed with the person, I am still so thankful they were faithful to give me this gift. If they hadn’t, I would have continued in a destructive pattern in my life in this other area. As it was, my heart was revealed and an area that was wounding me is now being worked on.

4. Every confrontation will bring emotions that will take time to process.

When I was a younger believer, I had this idea in my head that if I was mature in Christ then I would be able to accept confrontation without experiencing hurt.

I mean, if I was doing something wrong and someone confronted me, obviously I should be able to acknowledge the wrong, accept responsibility, and change–without feeling anything.

(Sometimes spelling out a belief in words helps us acknowledge the ridiculousness of it, eh?)

My belief in this area was actually this twisted idea that maybe someday I could get to a place where I could avoid pain. As my husband would say, “I hate to break it to ya, honey, but that ain’t gonna happen.”

I will probably cry every single time someone points out a fault of mine. Which, quite honestly, could be a lot because I have a lot of them. Add in the times when people will misunderstand and whew, that’s a whole lot of tears.

But it’s okay. I’m a human being and I have emotions and I will always need a little time to process them. And tears, for me, will probably always be a part of that experience.

Don’t be afraid to acknowledge your emotions. God didn’t give us these instructions because He wanted us to become robots that just compute new information and move on…Instead, we are to be the iron that sharpens iron. We are being shaped into His image and the process will sometimes be painful, but also good.

Facing correction will always bring out emotional responses. It’s okay. We don’t need to allow our emotions to control us, but they will still be a part of us. Give yourself some grace as you process them.

What are some things that you have learned about accepting correction from the Body of Christ?