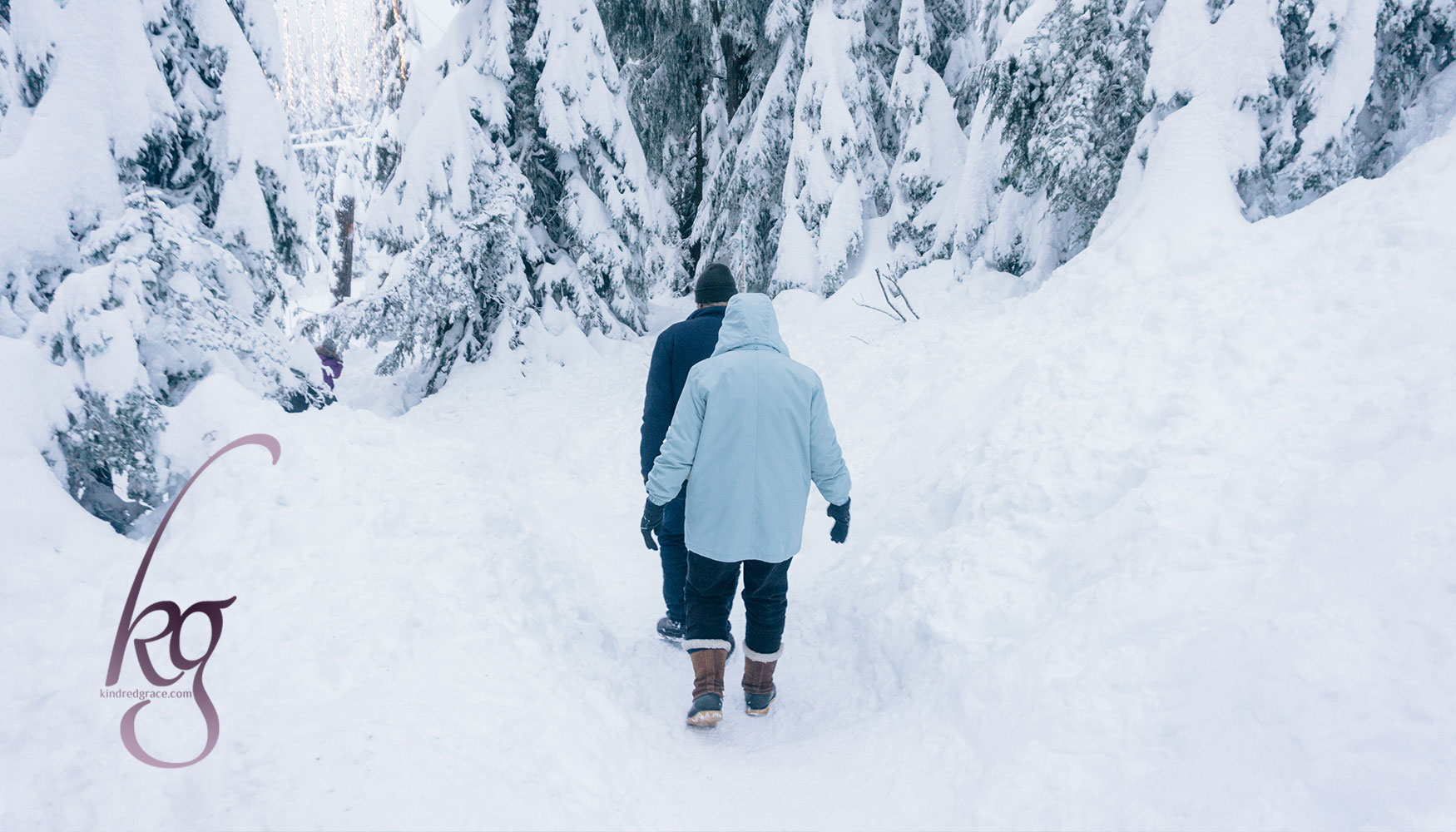 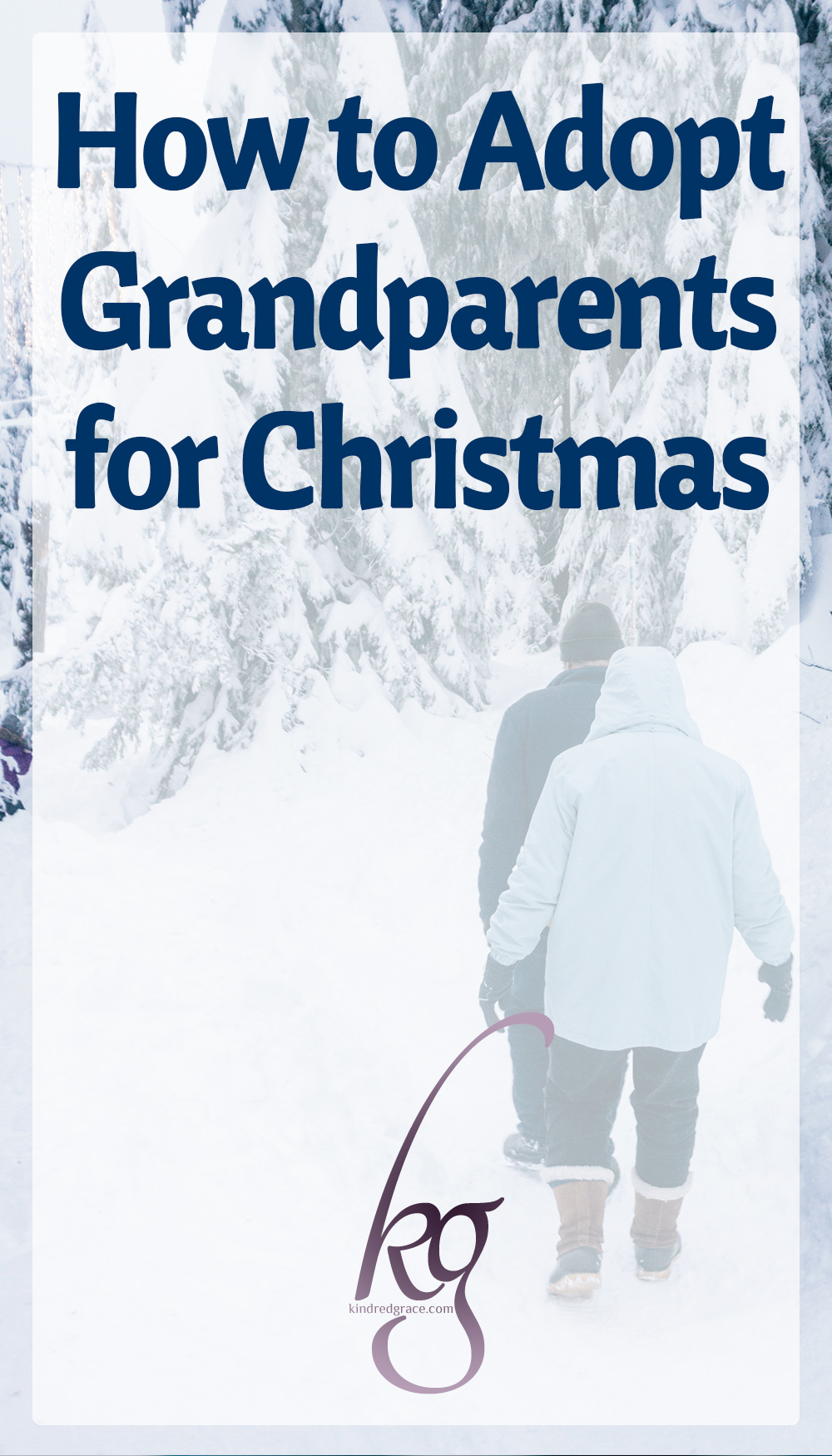 “Christmas gift, give it to me!”

That’s how my grandfather would greet us at the front door on Christmas Day every year. I remember him sometimes having a bell, but always wearing a smile. We’d walk in past the columns on the front porch that he so proudly wrapped with red ribbon to look like candy canes, exactly eleven inches between each stripe. Mema was in the kitchen, but she would stop working on the biscuits to hug our necks. I remember the mistletoe near in the foyer, and rearranging the lights on the little ceramic tree in the living room (you know the one).

Cousins would arrive. We would feast, open presents via our Secret Santa exchange (I always drew Emily), and then we would spend the rest of the chilly North Carolina day playing capture the flag outside.

It was yearly, it was ideal, and naturally, I imagined giving my children a similar experience.

Then the Lord wrecked all my plans with a marriage proposal!

The joy of the overseas calling is overwhelming, but the move has also come with loss, which I feel most intensely during the holidays.

The first two years after we moved to Israel, plans worked out for my husband, Devin, and I to travel back to the old country with our first born. However, that next year, the first year in Israel at Christmas—wow—I was shocked by my homesickness!

Reality of the distance from family had hit hard and I had very real fears about what a grandparent-less Christmas would mean for my young son, and any more children to come, long term. How would the lack of sweet memories, like the ones I formed as a child, impact them? What blessings would they miss out on? Would they develop values about importance of inter-generational relationships? What if it wasn’t important for them to include Devin and me since they didn’t know extended family holidays? Yikes!

In today’s world, I don’t think you have to move overseas to relate. Research shows that 43% of grandparents live 200 miles or more away from their grandchildren in the United States, and that’s far enough to impede on regular extended family holiday traditions for sure.

The good news, though, is that in Messiah, we have a great big beautiful spiritual family through which the Lord so often uses to bless us. The blessing of the body of Messiah became a Christmas gift to our family one year in a way that happened somewhat accidentally.

“Aaron’s been down about Christmas this year.” I remember Jane casually saying to me after worship service one late November day. (Names changed to honor the privacy of our friends.)

Christmas was Aaron’s favorite holiday. He had grown up in an orphanage in Alaska and the gifts and lights had been one of the joyful highlights of his childhood. Their adult daughters, along with their families, had moved to United States that year and Aaron and Jane were both pretty blue about not having their children and the grandchildren with them to celebrate.

And I was blue, too. I don’t even remember thinking–just speaking…

“Why don’t you come over and celebrate with us?”

Inviting friends into your home for the holidays can certainly change the tone of traditions that families take years to cultivate.

In hindsight, I’m so glad the words flew out of my mouth because any concerns about whether or not it would feel homey to have friends on Christmas Day didn’t have a chance to take root and scare off the invitation! Even so, I didn’t know how it might go, or if they would want to come. To our delight, they accepted my spontaneous offer, and we had the best Christmas together.

The Lord was so present as we feasted on a hard-to-find treat in Israel—bacon—as well as my family’s traditional Christmas Brunch, merged with Jane and Aaron’s Alaskan inspired Salmon Spread, and a something Jane called “Grandmother Fingers.” She shared with us that her Jewish grandmother in Germany had a special Christmas cookie that she would make for her Christian friends every year, in a tradition that she passed down the family tree. Jane is the first believer in Yeshua (Jesus) in her family line, and I’ve often wondered how the prayers of her grandmother’s friends might have influenced her own faith walk generations later.

Grandparents stories have known benefits for children. Even though they weren’t our family stories, we all sat engaged as Aaron and Jane told us all about raising two little girls in Alaska, ice skating on lakes, smoking salmon and eating bison. We delighted over a shared love of baseball and art. And we exchanged presents, of course!

It was a beautiful Christmas together. From that point forward, Devin and I decided that they would be our adopted grandparents, and as long as they were interested, this would be our new Christmas tradition! Six years and three more babies later, the commitment to our Christmas Brunch and inter-generational friendship is going strong and has been so fruitful!

Neither of us has replaced the other’s family, but we’ve become family.

Our relationship extends beyond our Christmas morning table and into daily lives. When we see our adopted grandparents at our congregation meetings, our children interact with them similar to how they relate to their natural grandparents, with a playfulness rooted in trust and honor, just as the difference between their generations should be! Jane regularly text messages to remind me that she’s praying for us. Devin helped them with a big move a few years ago and we’ve been called on by their children to help when they’ve been sick. The friendship has grown deep and rich.

While the holidays are unquestionably different in this season of life than I assumed they would be, Aaron and Jane’s presence in our home has turned mourning into dancing.

I still miss my family of origin, but I’m grateful for the new traditions we are cultivating, while passing on values to our children that we hold dear.

We are sowing into our children the importance of inter-generational relationships which will in turn, I hope, bless our parents as well as our adopted grandparents here in Israel.

We are learning together that when we minister comfort to others, we are ministered to in return.

Rather than focusing on feeling sad about what we left behind, we have something beautiful and joyful to look forward to each year. Our friends-turned-family relationship is one of the best Christmas presents we’ve every received!