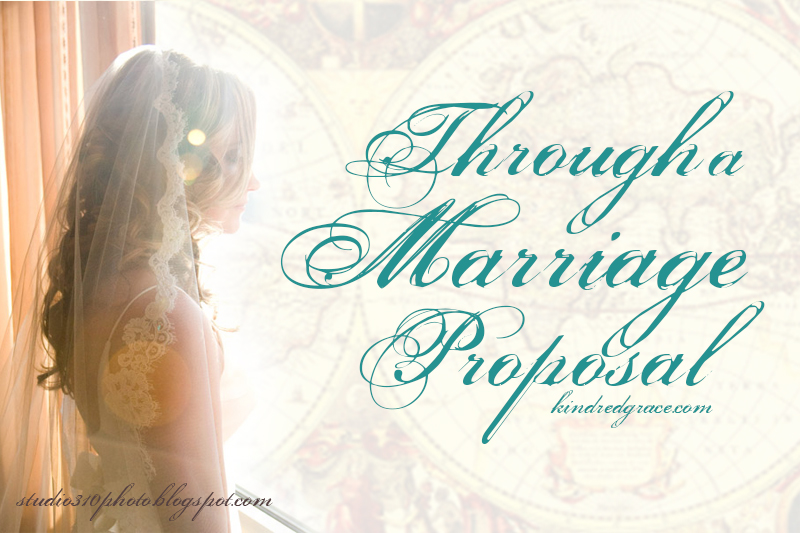 A nameless, faceless servant ventures on a most serious expedition: he is commissioned to find a wife for his master’s son. The servant spots a young maiden and makes a simple request for water. Above and beyond the call of duty, she not only waters him, but also his camels. Her response grants the reward of a marriage proposal. She bravely commits to a mysterious husband, whom she has never met, leaving home for a land she has never known. Rebecca’s life is changed forever and a nation is born through her womb.

A dishonoring queen is banished from a kingdom. A king seeks a new bride. Through a pageant-like process, the fair Hadassah, a young Jewish maiden living in exile from the land of her forefathers, is named Queen Esther. Little did she know that for such a time as this, she would intercede for the nation of Israel by approaching her Bridegroom King, without a summons, saving the lives of her people.

A young bride loses her husband. A mother-in-law in distress releases her to return to her father’s house. The young widow stays close by her mother-in-law’s side, though her elder is bitter and has nothing to offer. Her commitment to sojourn in a foreign land with a people not her own brings her under Torah provisions that grant her a husband — a Kinsman Redeemer.  Ruth bears a child with Boaz and is forever remembered as a mother of great kings in the Messianic genealogy. 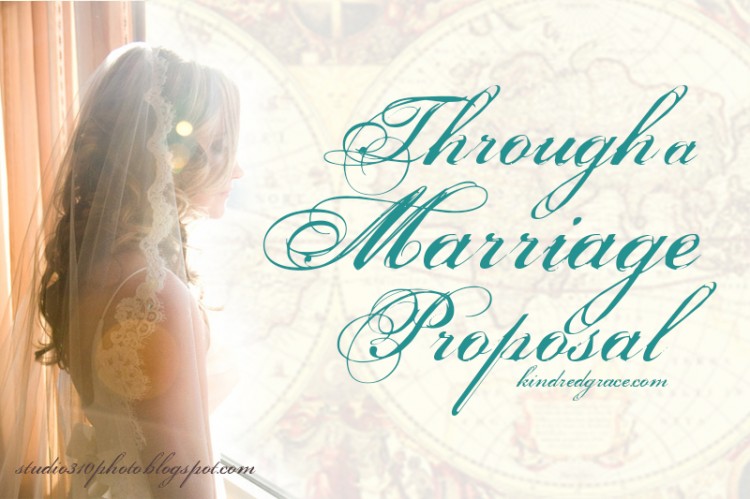 Three women, three unique stories, three history-shaping events, and what is the common ground? All three entered into their calling, their places of destiny, through a marriage proposal.

Yet even with these strong Biblical examples, those of us leaning toward vocational ministry, particularly overseas service, often fear commitment to one will close the door to the other. This is not an unreasonable concern. The Spirit of God speaks through the apostle Paul acknowledging that the unmarried man or woman is undivided in devotion to the Lord (1 Cor 7). These strong words would cause most any Kingdom-minded believer to pause before approaching the altar.

I wrestled with this matter in my own life. Since the age of nineteen, I had sensed a leading to serve the Lord overseas, as an architect providing design work in developing nations. An already seemingly small number of eligible men decreased as I surrendered to what I believed in my heart and conscience to be my calling. Not only now would I need to marry a believer, but also one who shared my vision for the nations. Would God be good enough to provide, or like Paul, must I remain celibate in order to be undivided in purpose? Either way, I reconciled that God would prove Himself good, but I hoped He would deliver all that I was asking for.

And deliver He did!

My hope was fulfilled as I now live in Jerusalem as a wife and mother, but the journey was not without mystery. I didn’t realize how much of the unknown I had wandered into until a friend posed a question one Friday evening at a Shabbat Dinner.

“How did you know the Lord called you to Israel?” she asked.

How did I know?

At the time, I was a bit embarrassed, even concerned, that I couldn’t give her a clear answer. I began remembering my journey into marriage, and simultaneously, a lifelong commitment to serve the Lord in Israel, and clarity emerged.   My answer:

“I knew I was called to Israel when Devin asked me to marry him.”

My own words flooded my thoughts with wonder.

When Devin asked me to marry him…

The look of surprise that grazed my friend’s face caught me more off guard than her initial question. Suddenly I felt a rush of vulnerability. I had just exposed that, as educated, motivated, independent, and ministry-minded as I was, I had allowed the prospect of marriage to aid in defining my identity and direction. I questioned whether my response was a prudent Biblical approach to discerning one’s calling, and one’s spouse.

Did I miss something? Should I have been ‘called’ to Israel first?

The question of “where” I would be serving the Lord was something I had regularly pondered before I was married. Though I tried, I didn’t–or couldn’t–define the parameters of my calling, in terms of geography. The Lord was not simply granting so many details. My journal from that season is full of thoughts of Russian, South East Asia, Africa… After a variety of short-term trips, I had submitted to simply not knowing. My blank-slate heart was for overseas service: Population and location unknown.

Subtle themes of God’s covenantal love for Israel appeared again and again throughout that time, eventually leading to a season of attending a Messianic Jewish Congregation. Even so, “Called to Israel” was certainly not on my checklist of future husband requirements. When this man entered into my life; however, with compassion and integrity in his eyes like I had never seen before, the mystery of people and place began to unfold.

This particular man happened to be Messianic Jewish, American born, but also an Israeli citizen. He had lived in Israel eight years at the time, having braved the Second Intifada and completed required time in the Israeli Defense Force.  As I attended the Messianic congregation from his childhood home, several older women offered comments, noting commonalities in our interests and places of service. Encouragement from our community of friends and family proved to be the whisper of the Holy Spirit. On his next visit home, interest was mutual, and I trusted the Lord as this strong and gentle man pursued my heart. The artistry of God was up to something and I wanted to see where He might lead.

What if I marry him?

Committing to this man would mean committing to sojourn with the nation of Israel for the rest of my days. How I perceived the work the Lord might be calling me to do would no longer border on abstract, or short-term. A marriage of such would require much more dedication, commitment, and single-mindedness to a people not my own, than I had ever expected when the idea of serving inter-culturally first began to shape my life’s direction.

That God would grant all of this through the covenant of marriage was not something I had never considered before. This holy union that I had deeply desired, but feared might hinder my ability to serve, might actually answer questions and propel me forward into service.

Am I courageous enough to for this? Do you want me to go?

“Forget your people and your father’s house, and the King will desire your beauty.” (Psalm 45:10-11 ESV)

Truth from His written word provided the peace I needed to move forward. I accepted an internship at an architecture firm in Israel, and after several months of romantic adventures, hard questions, and intense prayer, my valiant suitor proposed on a park bench overlooking Mount Zion. In faith, I obliged with honor. One year later, we set out to start a life together in Jerusalem.

Today as I remember our story, I do so in praise of Lord, thankful that He resolved this mystery, of which I had been seeking Him, through the gift of romantic love. And Like Rebekah, Esther and Ruth, the Lord invited me into courageous service and greater knowledge of Him — through a marriage proposal.