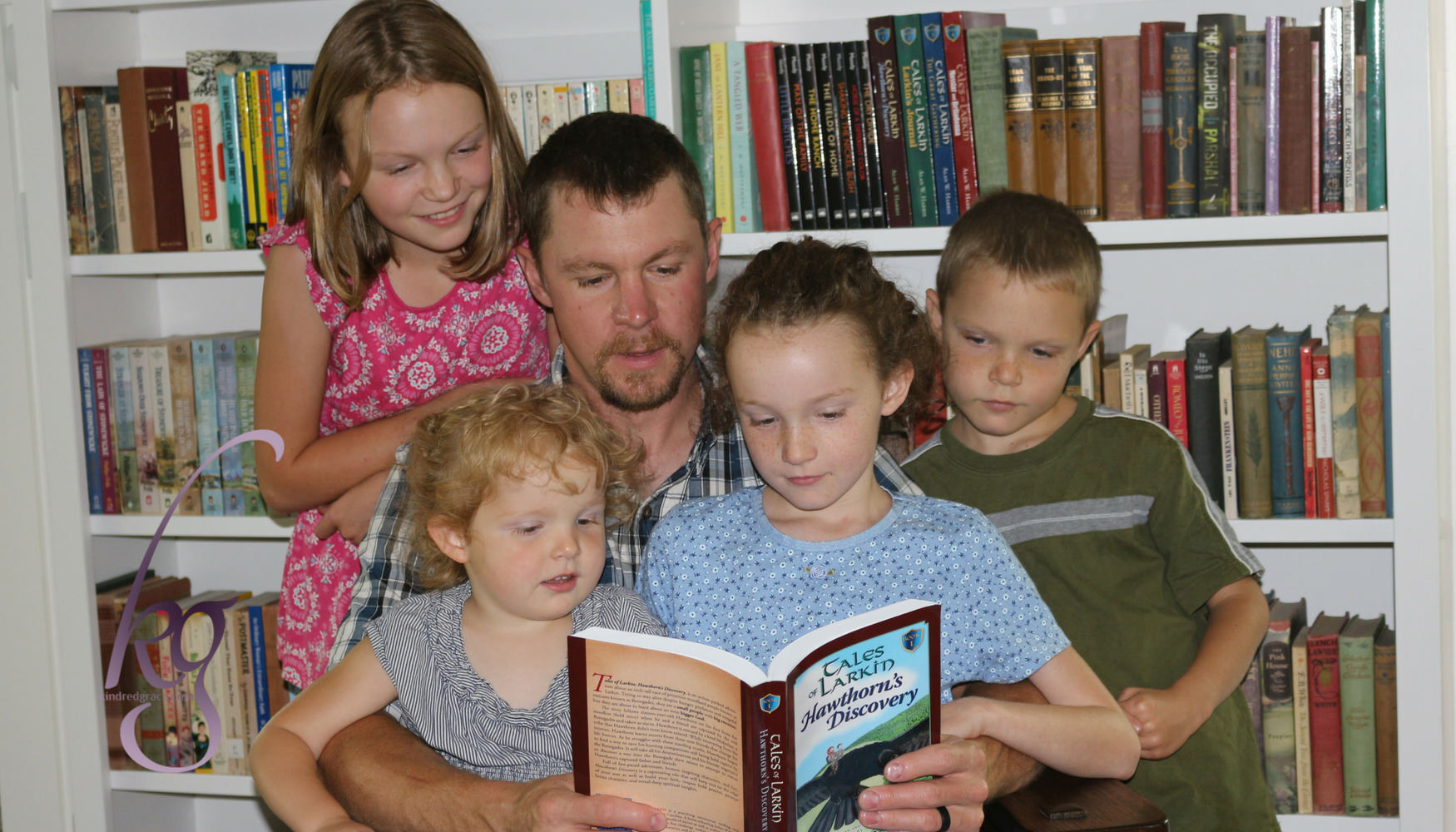 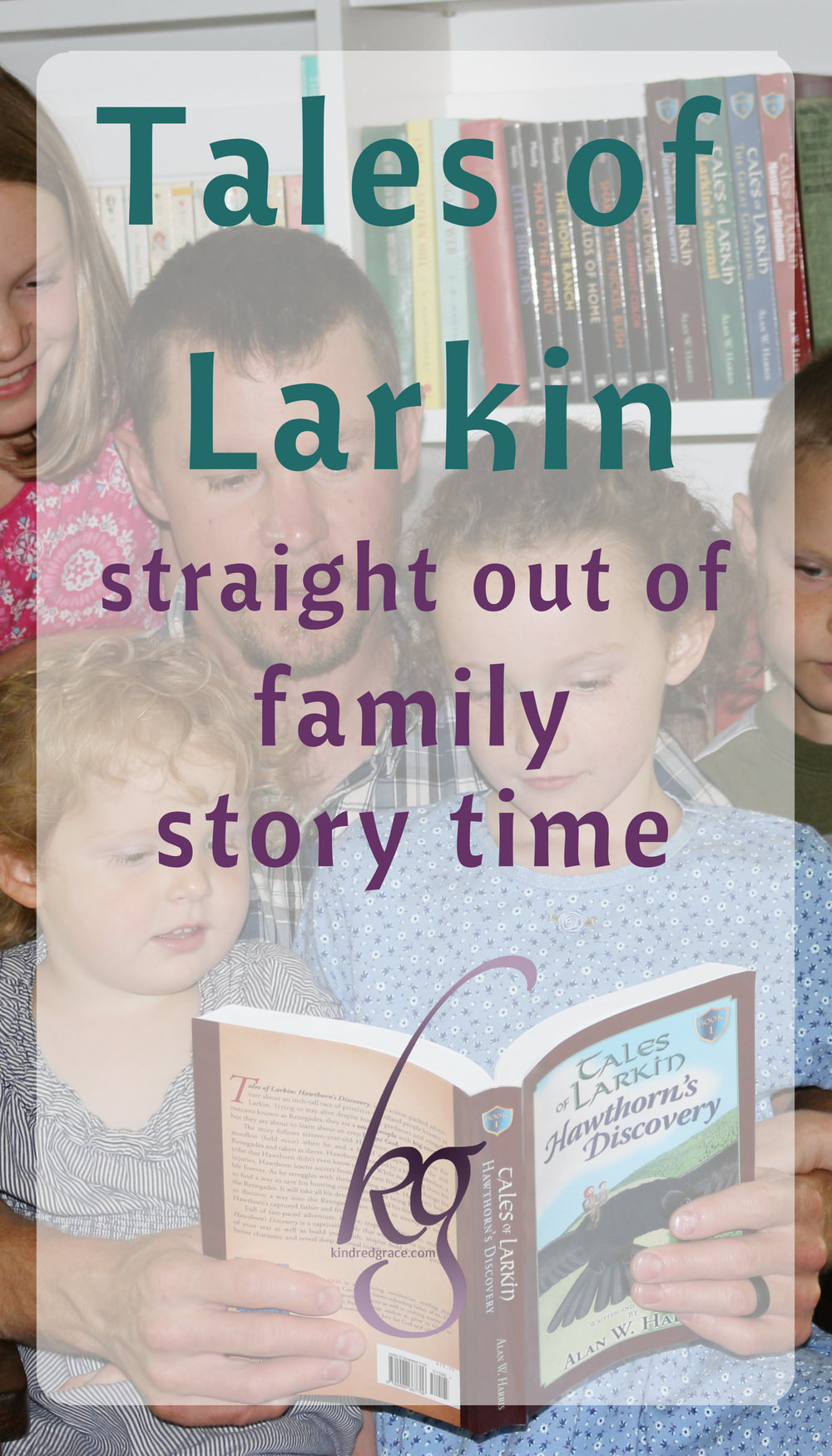 Have you ever picked up a maple seed just to drop it and watch it twirl gently to the ground on its own pair of wings? What if you were small enough that you could use one of those maple seeds as a whirli-gig sort of parachute for you and a pal?

Meet Hawthorn, son of Savin, of the Third Clan of Larkin. He and his people are one inch tall.

They hunt mice as if they are buffalo. And red ants are some of their worst enemies–second only to the Renegades, Larkin gone bad. 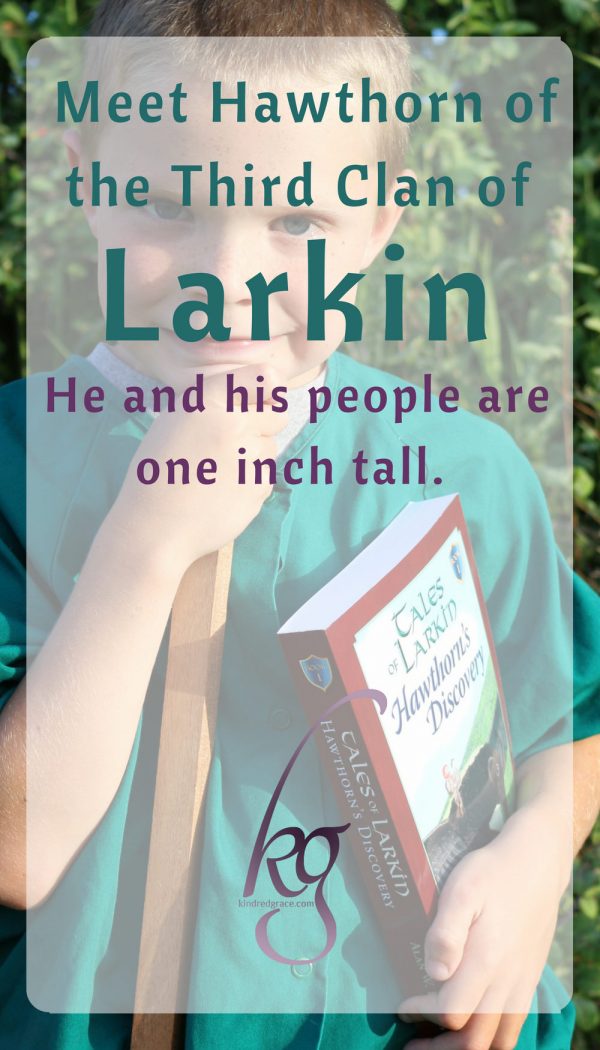 Hawthorn’s Discovery is a book straight out of family story time.

One evening Alan W. Harris remembered a tale he had started once upon a time, and dug it out to read to his kids. They loved it, but the story was only a few chapters long, and they clamored for more. It took the busy veterinarian seven years to finish the first volume of the Christian fantasy series The Tales of Larkin. But his children kept him inspired. The official reading of each new chapter became a special activity the whole family looked forward to and enjoyed together.

The race of Larkin had been born in Alan’s imagination years earlier, when he was newly married. Out on a walk in the woods, he saw a tiny, three-step waterfall, with an opening in the rocks behind the tallest waterfall. Wishing he was only an inch tall so he could go spelunking behind that little waterfall, a story began to take shape in his mind. Little did he know that years later it was this same story which would provide a way for him to communicate life’s lessons to his six children. In fact, one of Alan’s daughters shared that as she listened to each chapter, she often realized that her dad was writing about what God had been teaching him lately. 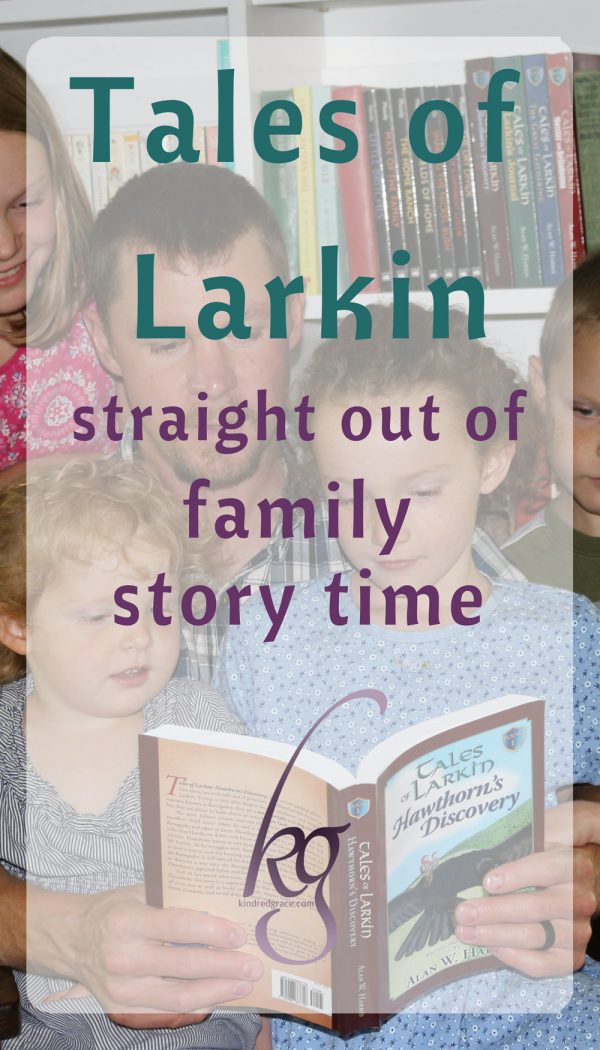 The Larkin may fight battles with the Renegades that rival Lord of the Rings, and have personalities to match any Hobbit or Narnian Dwarf, but the Larkin believe in a Maker.

How the Larkin are privileged to talk to and worship their Maker on a personal level is what Hawthorn learns when rescued from the Renegades by the Makerians.

Hawthorn’s Discovery is the story of a small people who believe in a big God.