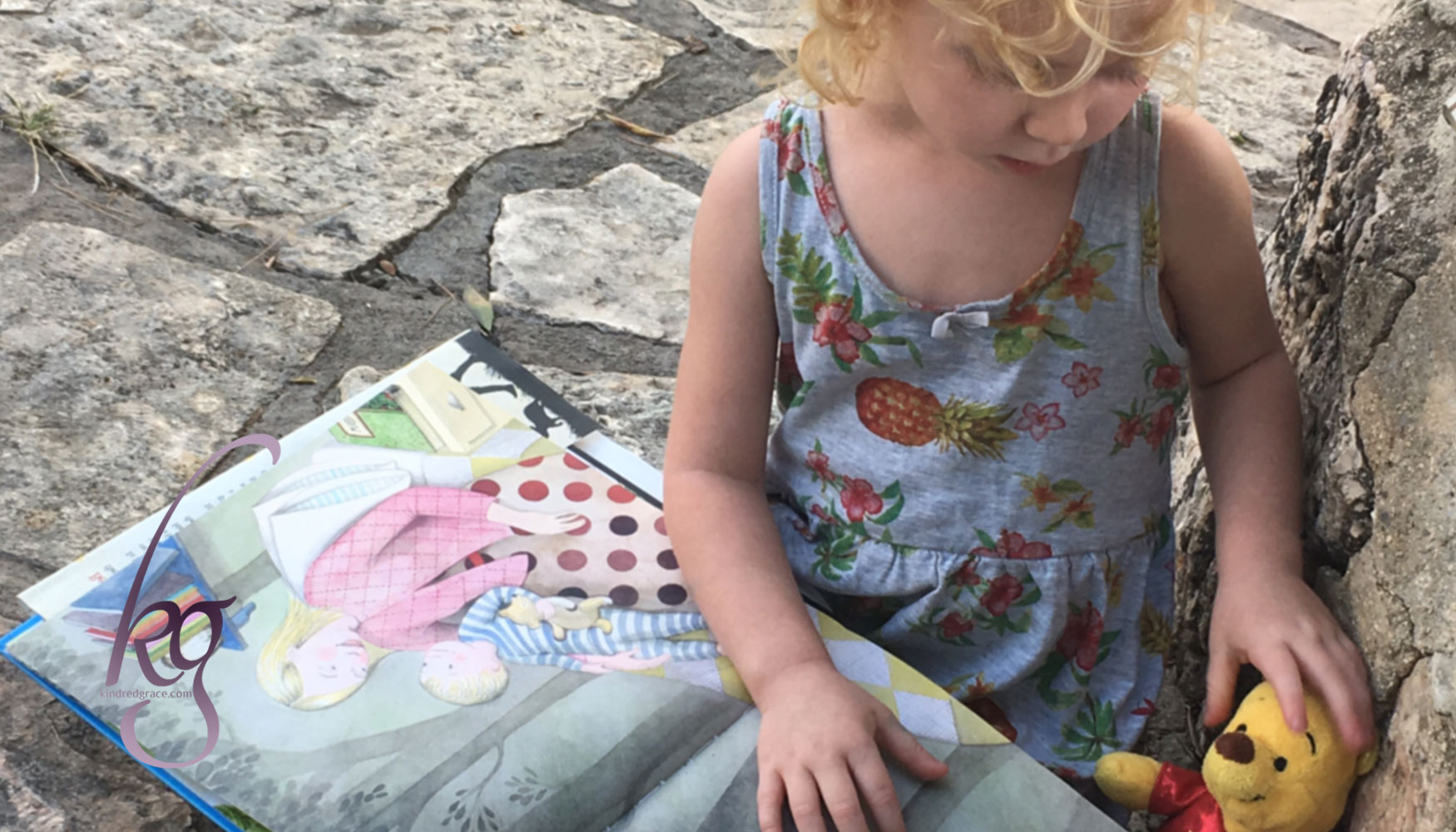 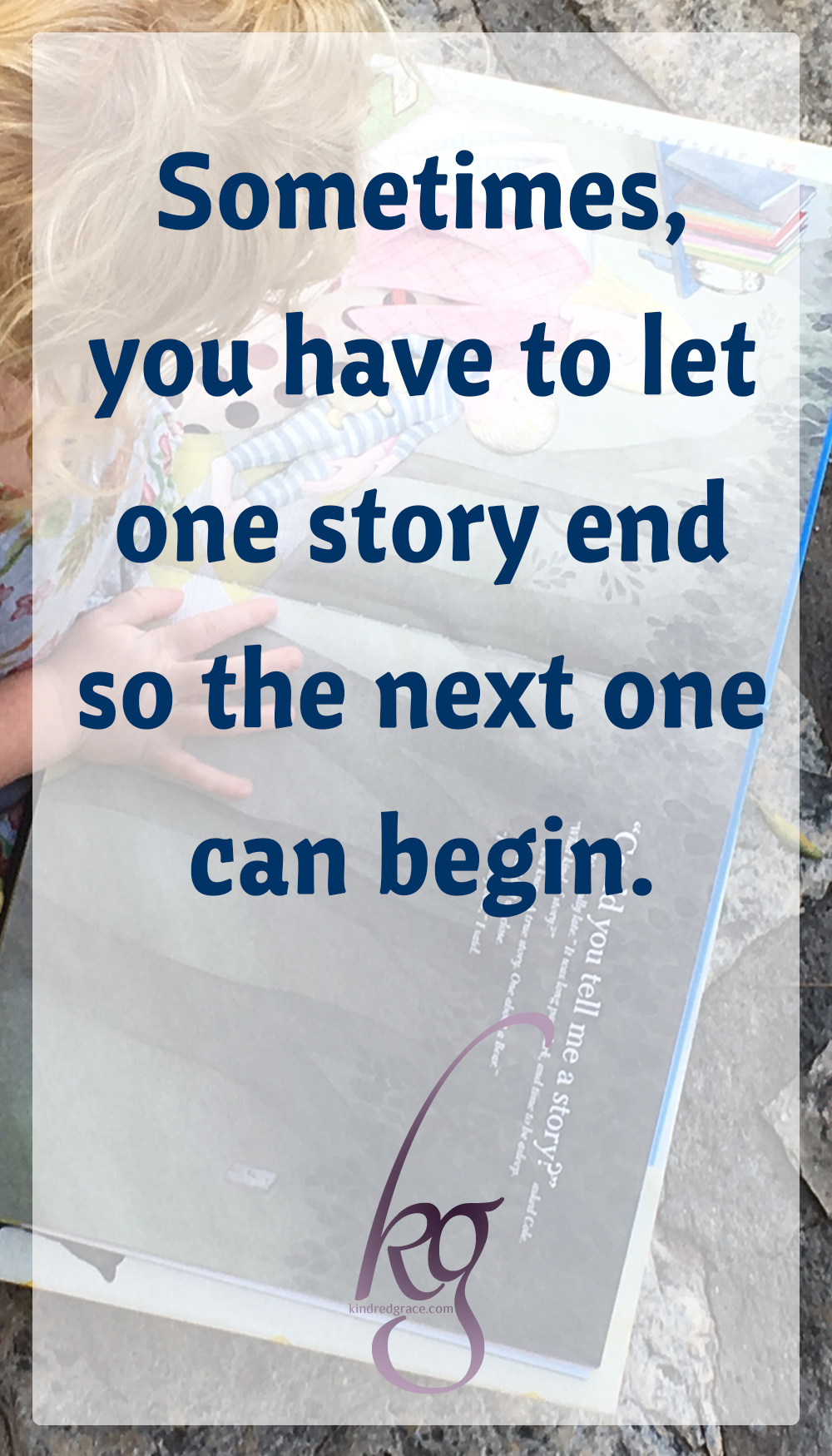 Pooh Bear and I have been friends for as long as I can remember. At the mere mention of his name, my heart launches into song…

We were first introduced through Disney Channel’s Welcome to Pooh Corner at my grandparents’ house, cousins all gathered together for a rare and special television treat.

As I got a little bigger, I enjoyed the pace and animation style of Walt Disney Television’s The New Adventures of Winnie the Pooh every Saturday morning.

And of course, A.A. Milne’s original Pooh’s Library set was a regularly visited fixture on my childhood bookshelf. Even as a little one myself, I loved the playfulness of Milne’s writing style that left me feeling as if he was speaking directly to me! I learned much about the English language through his discussion of his own sentences; and aside from the innocence and intimacy of the stories, the way his words glided across each page, creating a visual aesthetic of their own, made his books a uniquely delightful read.  My own venture into writing is unquestionably due to such intrigue!

Of course, having a personal history with the Bear, before even purchasing the newly released book, I fell in love with Lindsey Mattick’s Finding Winnie: The True Story of the World’s Most Famous Bear, through the promotional video! 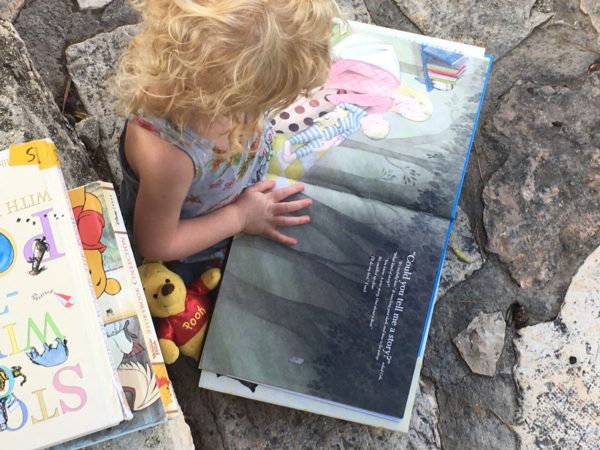 (Of course, our littlest, Eliora, cannot yet speak, but she looked on with big blue eyes.)

“Only when something really touches my heart,” I responded.

It was that good. 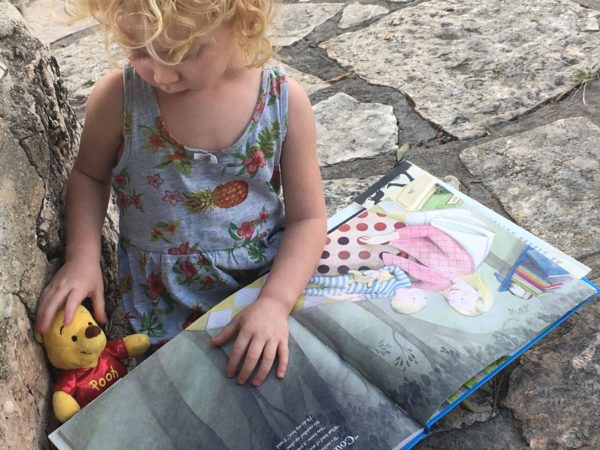 Mattick tells the story behind the story: that of Harry Colebourn, a veterinarian headed to his commissioned post as a soldier during World War I. He comes across a Trapper with a small-orphaned bear cub at a train station. Weighing matters of the head and heart, Harry purchases the bear, and names her Winnipeg, after his hometown, calling her Winnie for short. Winnie has many adventures with the soldiers; she even travels by ship all the way to the Salisbury Plain in England as the Mascot of the Second Canadian Infantry Brigade.

When the time to fight arrives, Harry yet again finds himself weighing head and heart. This time he chooses to leave his beloved Winnie at The London Zoo.

Other stories about this story, such as The Real Winnie: A One-Of -A-Kind Bear or Winnie: The Story of the Bear Who Inspired Winnie the Pooh, are equally engaging and might even provide a different set of historical details.

What sets Mattick’s version apart, however, is that this is not only a story that she loves. This is her story. Harry Colebourn was her great-grandfather.

Making a tender nod to A.A. Milne and Christopher Robin, she frames the story with a bedtime dialogue that she shares with her son Cole.

“That’s the end of Harry and Winnie’s story,” I said.

And then the words come that bring tears with each reading (my eyes are even swelling as I type this review).

“Sometimes,” I said, “you have to let one story end so the next one can begin.” 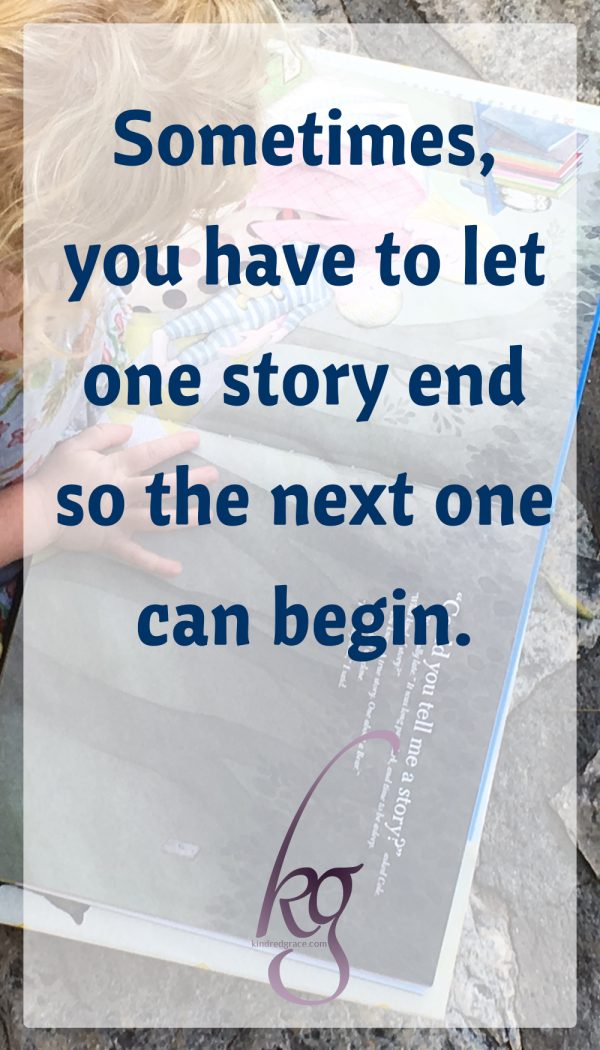 Remembering the joy and sadness of surviving a rare disease; the expectation and grief of moving overseas to Israel; and a heart filled with a recent pain, walking with my sister through the loss of a child . . . and seeing the Lord’s lovingkindness through it all, I get it.

That moment and the gentle words that Lindsey Mattick shares with her beloved son, carry profound truth and profound hope. And, the story isn’t finished. The next one will begin.

“How do you know when that will happen?”

As the page turns we are introduced to the story that followed, one of a boy named Christopher Robin, who had a toy bear that needed a name. We learn of his meeting of Winnie at the London Zoo, becoming the best of friends, and granting her name to his toy bear. We learn of Christopher Robin’s father, Alan Alexander Milne, who imagines Winnie the Pooh into history’s most beloved bear, and we learn of Harry’s return home to Winnipeg. He carried on as a veterinary and started a new story of his own as a husband, and then father to Fred, a grandfather to Laureen, great grandfather to Lindsey, and great-great grandfather to Cole. We learn how, through a series of loving gestures — his own and that of others — how Harry becomes an unassuming  hero of history.

Harry and Winnie’s story is worthy to stand on its own, and yet it is enriched through all that it has inspired.

Thank you, Lindsey Mattick and Cole, for sharing this peek into your heritage with my home — and with the world. Through telling your family’s unique history, we are reminded about the power of legacy, to carry on even through hard choices, and how one unique act of love can influence the world!

“You are Braver than you believe, stronger than you seem, and smarter than you think, and loved more than you know.”
-A.A. Milne, The Pooh Story Book