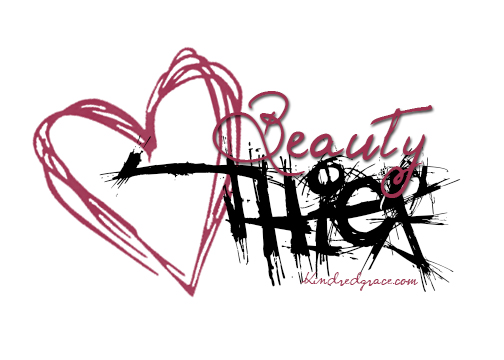 The Lord blessed me with a golden mane.  Thick and wavy, though a little wild at times, it has been my glory for as long as I can remember.

With my Princess Buttercup locks, however, came a peach fuzz in places a woman does not really want fuzz.  Of course, I was unaware until someone else pointed it out.  Oh, how vividly I remember the day my middle school friend decided to make it known.

“You’re a hairy beast!” she laughed.

Her words pierced my heart and there I stood, bleeding shame before my friends. Through the years, I learned to wax away, and eventually, pray away my worries, yet body image remained a struggle.

An increase of beauty-peace formed shortly after my son was born.  Having experienced a natural birth, I was amazed how God designed my body to grow and sustain life.  Focus shifted from how my body looked, to what my body could do. That, along with the initial rush of postpartum oxytocin, brought on a surge of confidence.

Beyond the physiological changes, the love and joy from my tiny baby must have radiated through my countenance.

“Motherhood suits you!”  I heard more than a few times.

Several months after my son’s second birthday, I caught a glimpse of myself in the mirror and did a double take.

Staring back was a person with sad eyes, a fuller chin, straggly hair…  It wasn’t me.

Where are my cheekbones?  And collar bone?

The changes were subtle, but I knew something was different, and getting worse over time.

Have I really let myself go?

Always petite, a healthy eater who enjoys a good run, I could not figure out what would have caused the rapid weight gain in my upper body, or the bloating of my stomach, and worse.

The fuzz of my adolescence was nothing compared to the literal Mama-Bear I was becoming. This time it wasn’t blond and soft, but coarse and dark.  Manly.  And it didn’t stop there.

My former ballet posture was hidden behind a quickly growing buffalo hump at the base of my neck.  Odette had transformed, not into a swan, but into Quasimodo.

I am a hairy beast.

And I began to believe the lies of my adolescent insecurities.

Was this my destiny?  The body I had to settle on for the rest of my days?   Maybe I was simply aging.  After all, my thirtieth birthday had just passed, and I had birthed a baby a few short years prior.  My body was bound to change.

Shame was growing, and I was hiding, even from my husband.  Heartbroken that I was no longer his beautiful bride, I resisted his touch and affection, offering only apologies for becoming ugly.

My heart continued to bleed, but my body did not.  Soon I realized the amenorrhea was not lactational, but a form of secondary infertility.  And this, I could not stand for.  The enemy had crossed a line, preventing the babes that had been growing in my heart from growing in my womb.   It was now time for war.

Seven months of poking and prodding eventually provided a diagnosis — Cushing’s disease — caused by a tumor located on my pituitary gland that stimulated an overproduction of Cortisol. Determined to be less than one millimeter in size, too small to show on any images, the tumor was found by extracting blood from my brain.  Tiny as it may have been, this tumor was a beauty thief, stealing all that made me lovely, attacking my femininity, even my ability to give life.

I had seen beauty stolen before.  Several years previous, a friend arrived at my house for a visit.  After she left, my roommate made a profound observation.

“She has a spirit of judgment and it makes her ugly,”  she asserted.

“What do you mean?” I asked a little shocked by her boldness.

“Well, she is a beautiful girl, but I noticed every time she had a judgmental thought, her face hardened.”

After it was pointed out, my, was it obvious.  Her expression changed from winsomely elegant, to stern and rigid in an instant.

Sin was stealing her beauty.

More than ten years after high school graduation, when crossing paths with one of the cool girls, pretty, but on the wild side, I notice something similar.  The girl, who was light and bubbly, was now a woman with a dull and saddened appearance.

She has partied too hard — her heart is broken.

My passing thought probably wasn’t too far off base.   Worldly choices and ill treatment will bring about shame and bitterness.  When a woman is robbed of her joy, hope, and holiness, it shows on the outside.

But there is a remedy.

When I met with the neurosurgeon, he walked through my MRI, pointing out where he believed the perpetrator to be hiding.  He explained that he would enter through my nose, drill into my skull, and cut the tumor out of my brain.

In a matter of months, I should return to normal, and maybe even better.

If the prospect of having a brain tumor was scary, the knowledge of needing a brain surgery increased the plague of fear, even with my surgeon’s optimism.   More often than not, I found myself with only this great love cry on my lips:

As I humbled myself, He drew close.

This encounter was a surgery of its own. With His own gentle hands, Jesus took my heart out of my chest, and cut away all the flesh that trapped sin inside the soul.  With a white rag, He then wiped the disease of death out of every crevice in each atrium.

What God desired for me was the beauty of life, eternal life, found only in His love.

I went under the knife in Tel Aviv, Israel, during the feast of Sukkot.  As my Jewish neighbors found covering under the Sukkah, I tabernacled with the Holy Spirit in a hospital recovery room.

Waking up, I noticed dried blood along my hairline.  The surgeon had used a metal device to hold my head still.  It had punctured my scalp.

His crown of thorns…

Revelation hit.  I had shared in His sufferings, and I would share in His glory.

As weak as my body was in that moment, my spirit was strong. He had avenged the vileness of sin, from the inside out.

I am not a hairy beast.

Pure gold, refined by fire, He had restored my beauty.

I am bride, purchased with His blood, adorned in white garments.

The Lord was with my surgeon, who successfully removed the tumor.  As months have gone by, body has healed.   Now when I look in the mirror, I see a woman with strength in her eyes, and a rounded belly, this time not from disease, but from new life forming in her womb. May the Lord be glorified.

Stand down, Beauty Thief.  Stand down.