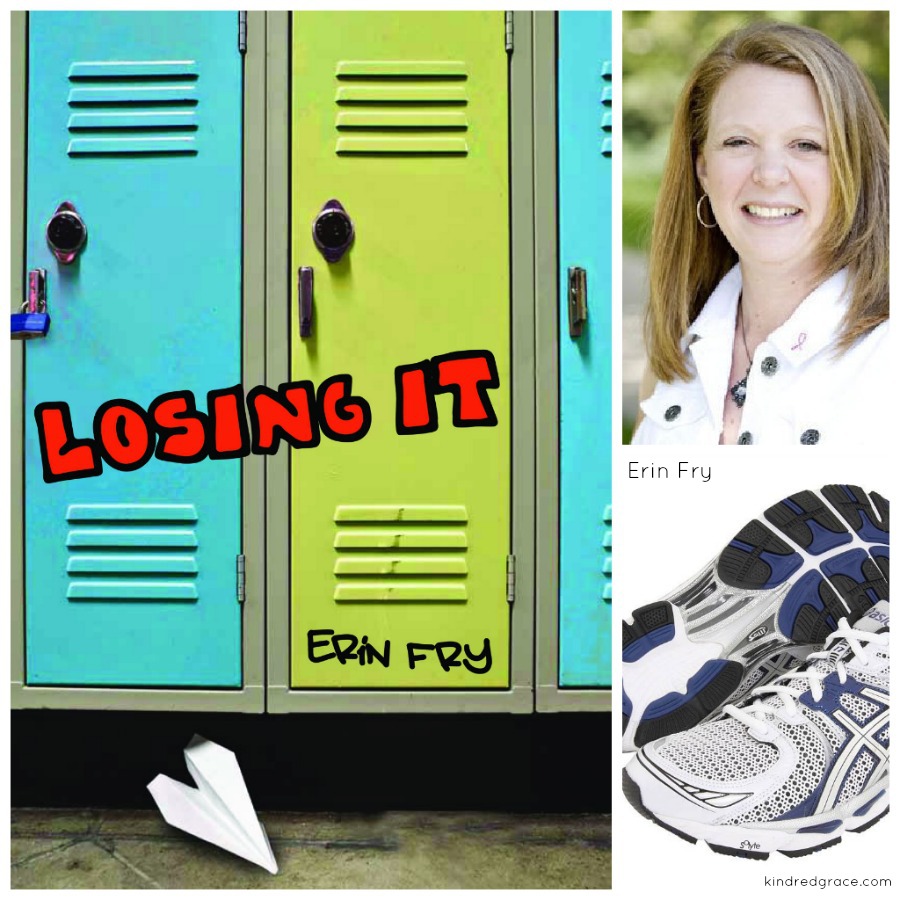 Just like there are a few conversation topics I generally avoid talking about at a party, there are certainly a list of topics I generally avoid (probably subconsciously) when picking a new book to read. My pleasure reading doesn’t usually involve death, dying, or illness. Sometimes those things play a small supporting role in the plot, but reading a whole novel on the subject feeds into my worst fears and anxieties — not something I want to encourage when I sit down to read.

That being said, I wasn’t sure how I would react to a story whose themes revolve around illness, family conflict, and obesity. But Losing It, the first novel by Erin Fry, was an engaging, entertaining read that takes on those tough topics with courage and honesty.

After the death of his mom, Bennett Robinson and his dad built morale over burgers and baseball. They developed a close-ish relationship and a comfortable routine that worked for both of them. Both Robinson men enjoy eating and it shows in their physique. When a stroke puts his dad in the hospital, Bennett is forced to live with his health-nut aunt and active uncle. In the midst of his dad’s unknown future, Bennet faces physical, emotional, and familial demons that may prove too overwhelming to defeat. He looks to cross-country, an out-of-his-comfort-zone activity, to combat the upheaval in his life.

What if running is more than just a sport, something to do after school? What if it’s even more than a way to lose weight? Maybe it’s my way of standing up.
(Bennett Robinson in Losing It)

What I Loved About Losing It

Before she was a published author or a runner, Erin was a middle-school teacher. She’s also the mom of two teenage boys. Erin’s history with middle-schoolers shows in the way she crafts Bennett’s internal dialogue, his interaction with other teenagers, and how he deals with conflict. It’s authentic and realistic.

The themes of Losing It are painful, but they are healthy for anyone to process. It would be hard to find someone who hasn’t been touched by illness, death, family conflict, relationship strain, or weight issues. Though the novel is geared toward teens, it’s a great read for any age. I learned more about how people process stress, how the mind connects to our body, and how important family and friends are to our emotional healing by reading this book.

I realize this may not be a plus for everyone, but I enjoyed the cross-country component to the plot of Losing It. I never ran cross-country, but I have developed a love of running as I’ve gotten older. Like Bennett, I remember dreading the days in P.E. when we ran the mile. It was sweaty, embarrassing, and just not fun. Bennett’s journey with physical fitness was a healthy reminder to me that difficult things aren’t brick walls. They are hurdles that take effort to jump over, but it is possible to jump over. Whether that’s running a 5K, learning a new language, or memorizing Scripture, conquering those goals are possible with persistence (and prayer!).

The thing I love most about Losing It is the opportunities it provides for conversation. This isn’t specifically a Christian novel, but the topics covered are a real part of life. Erin’s take on these topics are a great starting point for processing on your own, talking with friends about their own experiences, and especially engaging teens — whether that’s your own child or a sibling — in a dialogue about relevant issues. Losing It sets you up perfectly to discuss how the characters deal with conflict, pain, obesity, and death, how you deal with these things, and how Christ-followers should deal with them.