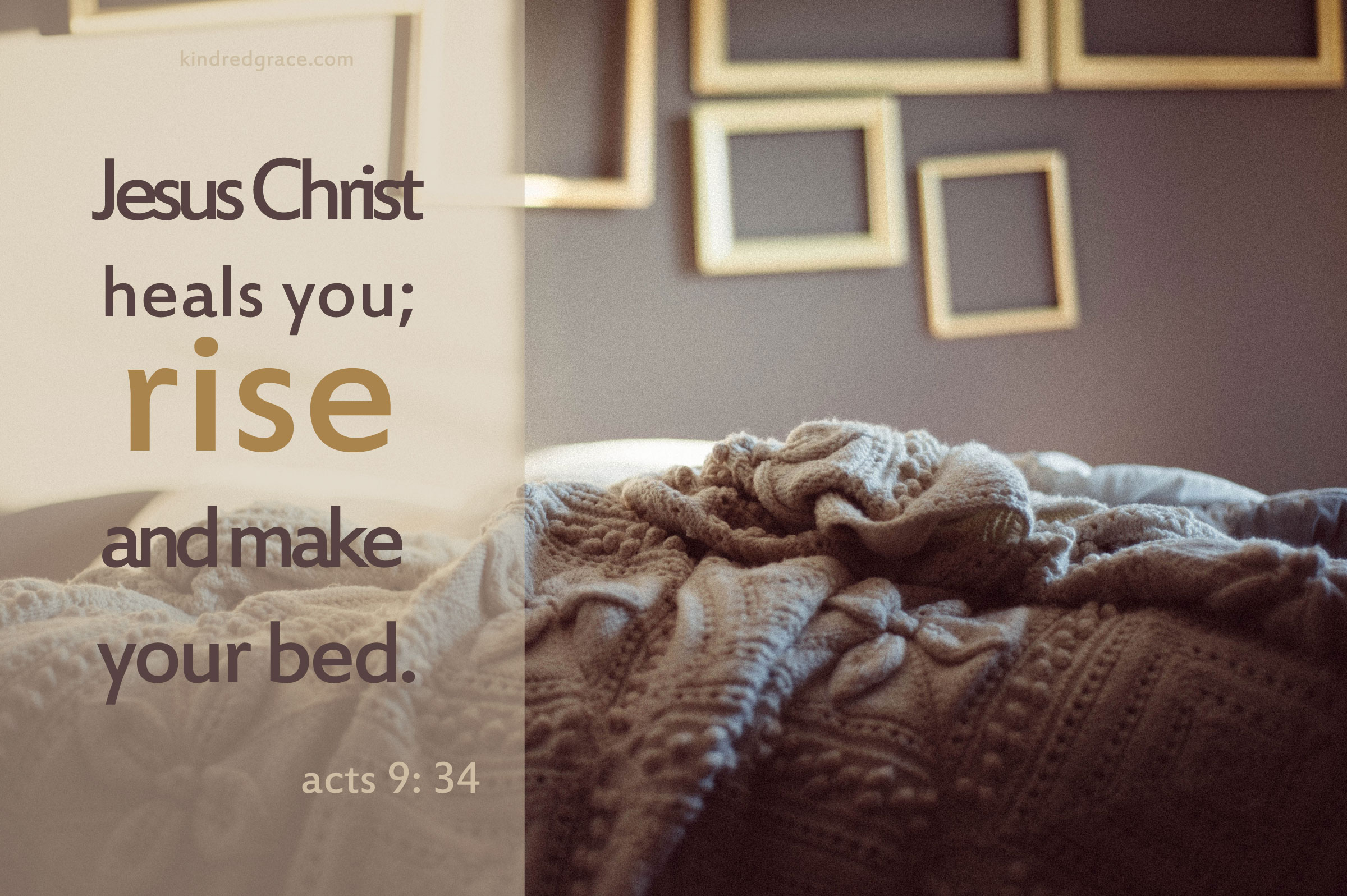 Aeneas, a paralyzed man, lived in Lydda. For eight long years, he was bedridden. Eight years.

That’s twice as long as I spent seeking publication. Twice as many years as I spent in college (or four times as long, since I went for two years to two different schools). Eight summers where the sun shone and Aeneas couldn’t walk in it. Eight winters where others went about their business and his was simply to lay in bed and be still.

And then the miraculous happened. Peter came to town and, by the power of Christ, he set Aeneas free from the chains he had worn for eight years. Aeneas was healed, able to walk and move and leap and laugh about it.

What does Peter say next?

I expected Peter to say something like Congratulations or Praise God or Choose wisely what you do with this newfound freedom, Aeneas.

“Aeneas, Jesus Christ heals you; rise and make your bed,” Peter says. And my mouth drops open. I wonder if Aeneas’ did, too.

Instead of offering a platitude, Peter offers an order, telling Aeneas to turn around. To look at the place where he spent eight years bedridden, paralyzed, unable to move. That might have been the last place Aeneas wanted to be, wanted to look. 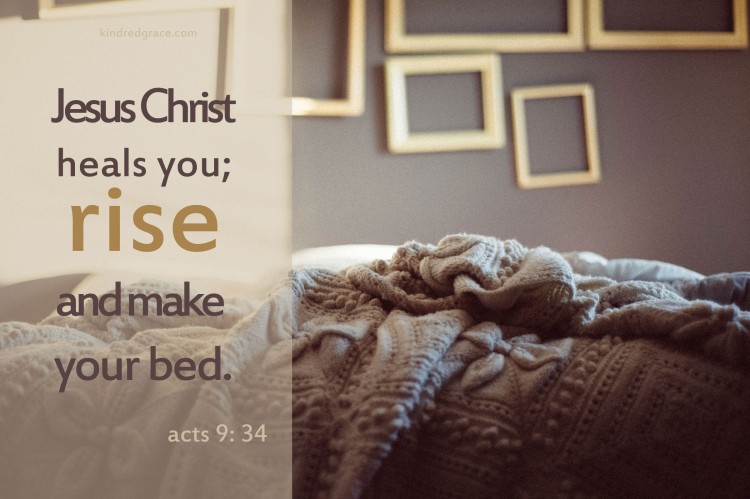 And not only to look, but to make that bed he’d been chained to for eight long years.

I think I would have balked. Back-talked. Backed away and stepped out the front door. Aeneas does none of those things.

The Scripture says, “immediately he rose.” He obeyed. He made his bed. And then he walked out the door, “and all the residents of Lydda and Sharon saw him, and they turned to the Lord.”

A part of me wondered why Aeneas’ walking out the door and being seen by all his neighbors had to be delayed. Why could he not just leave that room he had occupied for eight bedridden years and show everyone the power of Christ?

Perhaps because he first had to face his mess. He had to turn around and look at the bed where he had languished for years. Had he prayed there? Begged for healing? Or railed at the God who had let him become paralyzed? Scripture doesn’t tell us. What it does tell us is that before he could walk out his front door and astonish everyone with his healing, he had to make his bed.

On the morning after you discover your dream is coming true, you still have to deal with the fact that rejection was once part of your story. On the day after he slips a ring on your finger, the years of singleness don’t simply slip away. On the day you toss a cap, you still have those nightmares (oh, those nightmares!) where you’re late to an exam and forgot your pencil.

The eight long years are not erased by the morning of healing.

It is all a part of our story. It is not all wiped away in a second. But that is okay.

The healing is no less beautiful because we still must face our mess. Sometimes we may want to cover up the brokenness in our hearts, but I encourage you, make your bed.

Face the place that brought you pain. And then walk out the front door and leap in your healed limbs for joy because the God who set you free was there with you in your prison, too. 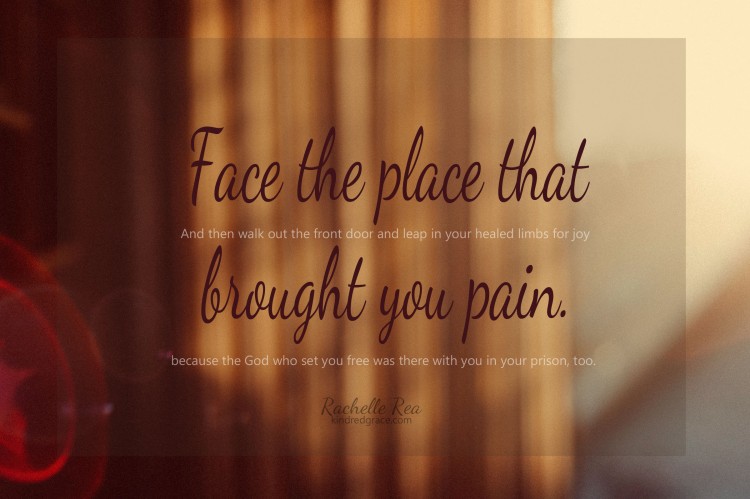