Though I took driver’s ed when I was sixteen, I didn’t actually start driving until I was eighteen. By the time I was nineteen, I was driving myself to work and to social events, but every time I got behind the wheel, I was a wreck.

I hate driving, I told people. But that wasn’t necessarily true. I didn’t hate the feel of the wheel in my hands, the thrill of being pressed into my seat as I accelerated, the independence that came with being able to take myself places. As a matter of fact, I loved those things. What I hated was my fear, and I was terrified of driving. 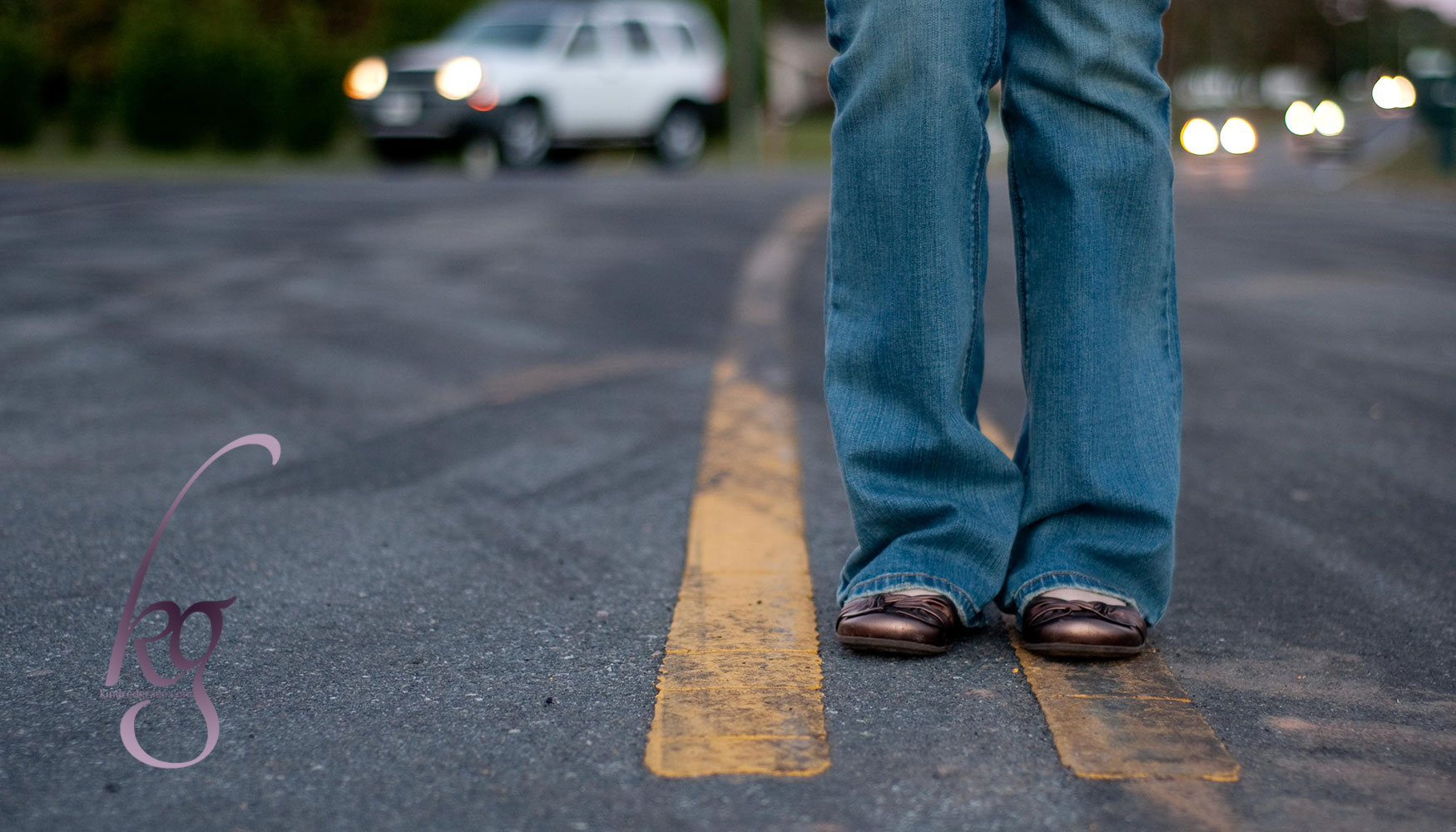 You see, while I was still in driver’s ed, coming to an intersection in that dinged up car with two sets of brakes, I had my first wreck. It was very minor, but in the moment, when I was thinking of a million things at once and all I could hear was the sound of crushing metal and my sister in the backseat saying, “It looks like a lady and some kids”, it wasn’t my life that flashed before my eyes, but theirs.

I burst into tears at the thought of those children in the car behind. I pulled into a parking lot and called my mom and the cops. The woman who rear-ended me was merely annoyed. Her children were perfectly fine, but I was not. What if those kids had never arrived at their destination, never unbuckled their car seats, and stepped out of the car? I couldn’t imagine what that would do to their mom, and I couldn’t imagine what it would do to me.

So I hated driving. I feared all of the responsibility. I feared it because I hate risk and consequences.

At nineteen, I started having panic attacks at the wheel (and there really isn’t a worse place!). I would pull over onto side streets and cry because I had missed a turn or someone had honked at me. The more I thought about how ridiculous it was, the more frustrated I became and the less safe the road became. I longed to be back riding shotgun, where no decision was mine. I longed to be the passenger on this entire ride, never having to face responsibility, never having to discern. I grew to hate right turns because, when the light was red, it was my call. I didn’t want it to ever be my call again.

“Right on red” might as well have been wrong on red. What if I made a mistake? I felt like I had a million blind spots and no headlights. I began to realize that this wasn’t a driver’s ed issue, but a heart issue, and my heart was terror-stricken.

It would be awhile before I confidently navigated the roads. I would have to learn to stay calm, to stop sweating the small stuff and to move forward, literally and figuratively, when I made a mistake. I would also come to realize that much of my fear of driving came from other sources of anxiety (anxiety plays on more anxiety, if you haven’t noticed). Getting comfortable in my own skin and confident in my skills as a driver made a world of a difference.

My fear of driving, of being the one behind the wheel, is such a perfect allegory of my overall lack of trust. I so often wish I could revert to the days of being “too young to blame.” However, God made us to grow, learn and become independent. Gaining responsibility is actually part of His plan.

It has been nearly four years since those panic-stricken days. I recently drove to a neighboring town without a moment of fear. Though I still prefer green arrows, I can handle a few right-on-red turns! I’ve given up being a mere passenger on this journey. God wants to give me the wheel sometimes. After all, there is no power I can take from His hands. With all of my prayer, all of my trembling, sweaty-browed fear of doing wrong, my God is faithful to guide me. Sometimes He blesses me with green arrows–very clear direction. Other times He blesses me with a right-on-red and trusts me to trust Him.

There is no road I can take, no mistake I can make, no turn I can miss, no decision I can blow, that can ever separate me from the love or protection of my God.

writer at Sweet is the Light
Caroline is a 20-something from Texas with a heart for encouraging her own generation to seek wisdom while they're young. She comes from a multi-cultural family of eleven and makes her home at Eyrie Park. Caroline loves kids' lit, sunshine, fair trade chocolate and the God who makes all things new. She is the author of Always Plenty and Anonymouse, as well as the blogger behind Sweet is the Light and the @BecomingWisdom Instagram account.

Anonymouse: A Story about Pen Pals

53Shares
We use cookies to provide you with a more personalized experience during your visit to Kindred Grace. OkayLearn More