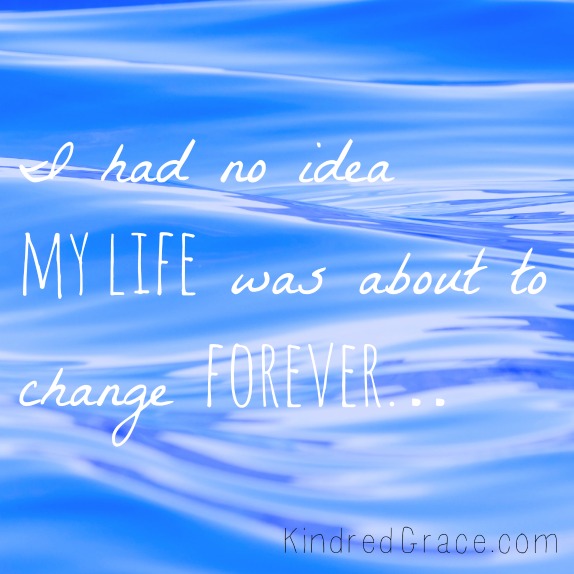 The night the dream-come-true news slipped into my life, I was oblivious.

Looking back, I wonder at how Jesus must have chuckled, because I was on the recumbent bike watching television at the time the email arrived. I had no idea my life was about to change forever.

It had been sixteen months since I first emailed the editor at my dream publishing company. She is an author I admire, an editor I respect, and the books published by her press are among my favorites. When I failed to place in a big writing contest and wanted to start contacting agents and publishers, she seemed a logical choice. Cue the Jeopardy theme song because a long wait was about to begin. I didn’t mind.

Every few months I’d touch base with her and the process would inch along. She liked my description of the novel I had written, and requested a few chapters. She found the chapters intriguing, and would I please send her the full manuscript? She had shared the manuscript with the committee who would decide if they would publish, and did I have a series planned?

Every few months I’d email her back, get excited, and lay that dream aside, because the industry is slow. I started my editing business and helped other authors polish their own writing–even while I quietly labored on both the book I had sent her and the others in the series. I graduated college and devoted more time to writing. I waited.

I found the waiting easy at times, truly, because I wanted this. I wanted a contract and to be a published author with my novels on shelves. I wanted to honor Jesus with my writing of men and women who come to know Him and hope and healing. I wanted to be a novelist. Sometimes so badly it ached.

During that more than a year of waiting, I did everything I could to press that ache into His hands, confident it would happen someday. Perhaps sooner rather than later, if that was His plan. When I was sure no news meant bad news, I would cry and fuss and complain and leave my pen silent and still. Then I would choose to trust again–and write again.

Little did I know that an ordinary Wednesday night, when I watched a superhero show and exercised, that Jesus was tucking what I had been waiting for into my unknowing hands.

I had already turned off my laptop for the night, but I was expecting an important email from a client; so before I went to bed I turned it on again and went to my inbox. And there it was, exactly when I least expected it. Subject line: Good news is official. Time-stamped for two hours earlier. Two hours since my dream had come true, and I hadn’t even known it.

I reread that email over and over, then I hustled to my parents’ bedroom to knock on the door and wake them up. Telling them the happy news, I apologized for waking them with little remorse and a big grin. Later, I stood in front of my bookshelf and imagined my own novel somewhere in the Rs.

My life did change that day. I realized a four-year-old dream and became a contracted author, at age twenty-two, with my dream publisher and editor. But as I lay in bed that night, I couldn’t help but smile at the emotions running through me.

When I imagined holding my book in my hands, I felt happiness. But only when I turned my thoughts to the One who was Creator long before I first felt the call to write creatively, did I feel joy. Because this dream He gave to me He made come true. Without Him, I realized, it meant nothing. Which was, admittedly, easy for me to confess in that moment, when I held what I had wanted for so long.

I hope I would be as confident only He is enough should my dream somehow turn to ashes tomorrow. I think I would. Because He is enough. Something I realized on my favorite moment of 2014, the night my dream came true.