I was only ten when I learned to turn up my nose to people who weren’t “like me.”

Actually, I had learned it a few years before (not from my own parents so much, but from those with whom we were surrounded) and was simply starting to put my training to good use.

I was ten, and we were at a school related function. In the ’90s, there was a Southern California woman who frequently hosted classes for regional homeschoolers, covering everything from Noah’s flood and climbing Mt. Everest to space travel and chemistry.

This was the day for chemistry. I loved chemistry. I was the girl who aced her chem class in 11th grade and relished in formulas (of every variety). I loved this particular one day class and ate up everything we were taught.

But it wasn’t my affinity for chemistry that was making me proud that day. I didn’t look down my nose at the other kids because I was a ten year old who loved the periodic table.

When it came time for all of the students to separate into small groups for experiments, I stopped myself from rolling my dark hazel eyes at the group to which I was assigned.

The other kids? They weren’t real homeschoolers.

They didn’t look anything like me. They were in jeans and tank tops, t-shirts with television characters on them. The two other girls had chin-length hair and the boys said words like “dude,” and “rad,” and “aw, man!”

These people certainly weren’t like us. They weren’t “likeminded.”

They were a disgrace to us true homeschoolers, those of us who were members of the club, we who knew what was really right and wrong. We who knew how to keep “the look.”

We who truly pleased God.

I did the science experiments with these kids, but stayed a safe distance from them. After all, I didn’t want to be tainted by their ungodliness.

Because, wasn’t it true that if you hugged a pig, you would just get dirty… the pig doesn’t get clean?

I was ten years old. And to me? These people, in their stylish clothes and with their cool words, were just like those dirty pigs.

I’d stopped turning up my nose at the people in jeans and short hair. I’d learned the reality of grace and love and had begun to realize that true godliness is wrapped up in the love that Jesus shows and pours out, and that we are to return that love to Him and those He places around us.

I no longer thought of people as the dirty ones from whom I needed to stay far, far away.

I thought I was done with wrongful judgment.

And then, I saw them.

A family traveling with several daughters my own current age.

And this time? The roles were reversed.

I was the one in the jeans. They were the ones in the jumpers.

I rolled my mental eyes as I said hello.

Certain they were analyzing and thinking me “worldly” and “ungodly,” I smiled politely and said no more.

I interacted as much as the situation required, but stayed a safe distance away.

Mentally, they were on one side of the spiritual fence, I was on the other.

We weren’t at all “likeminded.”

I hadn’t learned a thing. 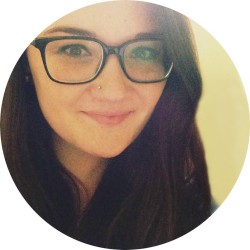