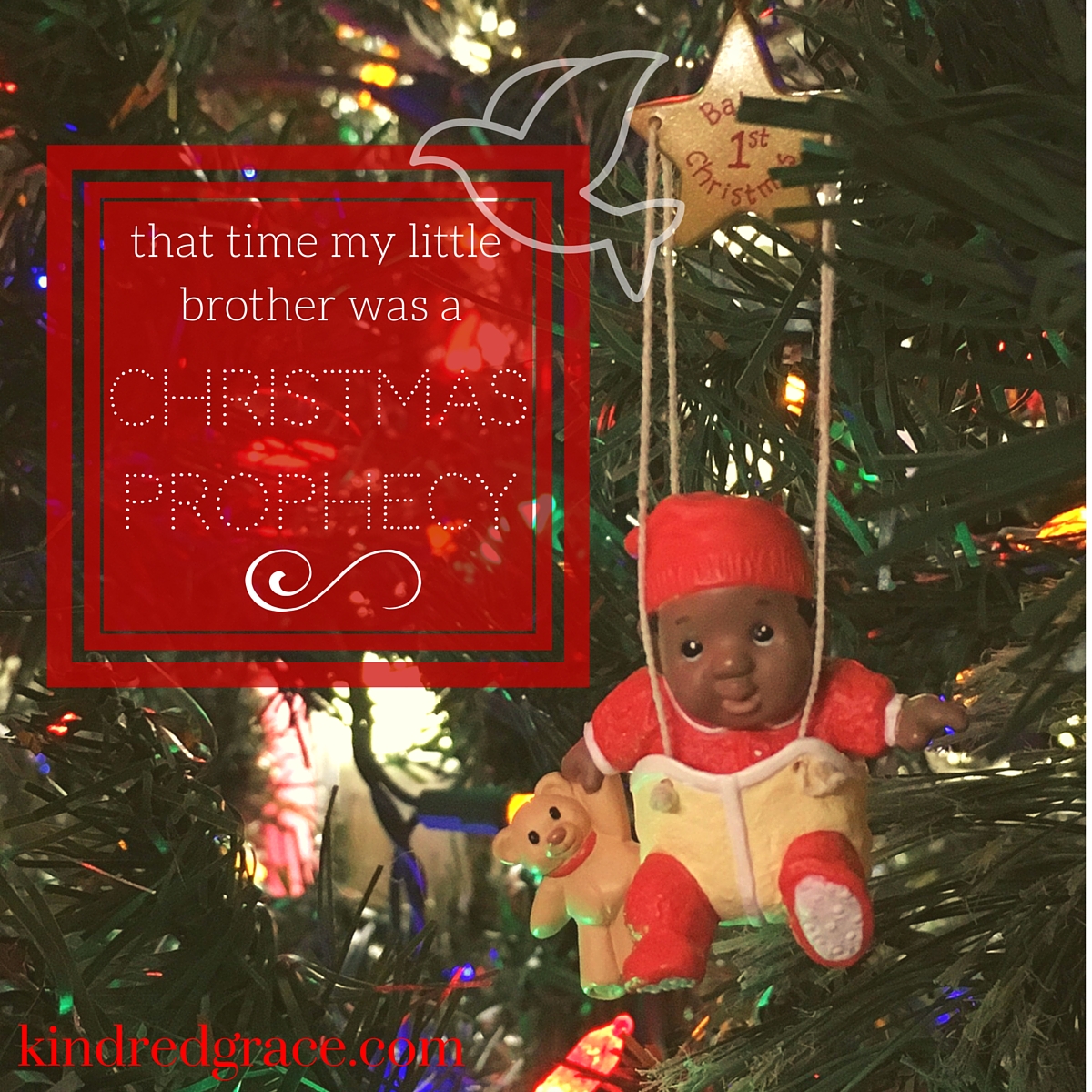 On Christmas Eve, 1995, my family moved across the state of Texas in order for my dad to start his new job on the first of the year. We were a family of six and my little sister, Jeweliet, was less than a year old. Jeweliet was a beautiful baby with a charming personality and huge, crystal blue eyes. She completed our family. The only house on the market in that tiny town was a three-story Victorian home with a guest house. We made ourselves at home, my grandparents moved into the smaller house and my two sisters and I shared an upstairs bedroom.

Christmas of 1998, Jeweliet was three and I was six and we were inseparable friends. My parents had started homeschooling us, so not even first grade could keep us apart! My parents always made the holidays very special, even though my dad often had to work at inconvenient times. One of our longest-standing traditions is that of choosing a new ornament for the Christmas tree every year. I’m not sure if my parents anticipated how many ornaments that would end up being after thirty years of parenthood!

When it was “beginning to look a lot like Christmas,” or as much as it ever does in south Texas, my mom brought us to the Hallmark store to choose our prized new bauble. My mother can probably tell you what we all chose that year. I’d have to look back at the little notes on each box we’ve meticulously preserved, but I am assuming I chose something heavy with a Disney character involved and my older brother and sister probably chose something comedic and something involving candy. My mom was always good about letting us choose and not pressuring us to pick something that would compliment her decorating!

Which is why Jeweliet came home with one of our most unusual ornaments to the date.

I specifically remember my mom sweetly asking her, “Are you sure this is the one you want?”

Jeweliet was sure. All two feet of her was dead-set on the “Baby’s First Christmas” ornament, though she was the baby of the family and it was not her first Christmas. To make things even quirkier, the ornament featured a baby boy and he was black. He happily swung in a little yellow baby swing with a star reading, “Baby’s First Christmas.” It was just the sort of thing a black mother would choose for her black son who had recently been born. Not something most white mothers would choose for their white daughter’s third Christmas. I’m sure you follow.

But my mother is sweet and I think I already mentioned Jeweliet’s huge, blue eyes? Needless to say, she proudly hung the little black baby ornament on the tree that year and we all laughed about it. 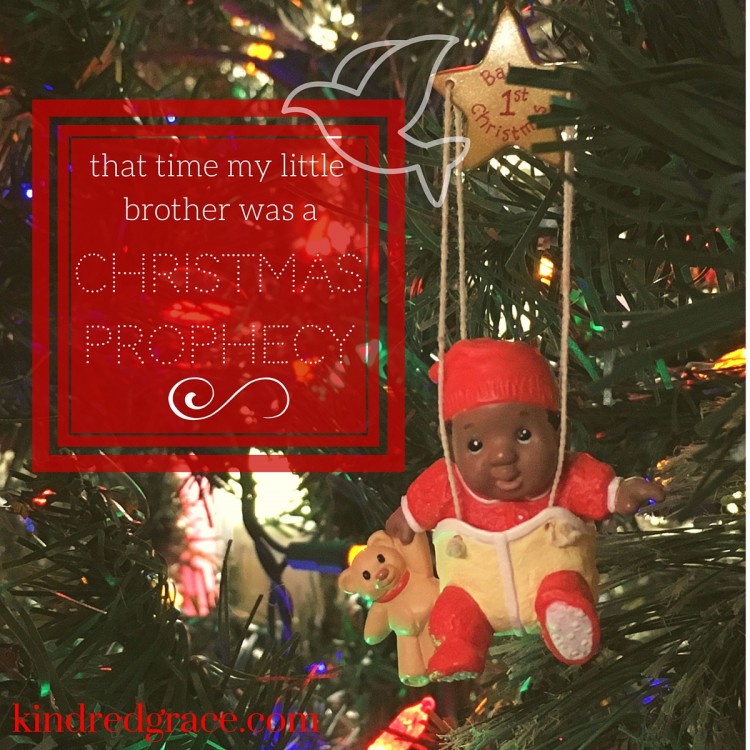 It would be several years before we would make the crazy connection. Several years until a grown-up Jeweliet and our family of ten would be hanging her many ornaments on the tree and her big blue eyes would grow extra big and she would say, “Wait…what year did I get this one?” holding up that smiling baby boy in the yellow swing.

And sure enough, it would be the Christmas our little brother was only a month old. It would be Teeko’s first Christmas, Teeko with the brown skin and black hair and big, dark eyes. Teeko, who was born that year, unbeknownst to us, in a country I had never heard of in 1998. Teeko, who would be my parents’ first adoption when they realized that Jeweliet would not be the baby of the family after all.

We would all gather around that funny ornament and shake our heads, because it actually kind of looks like him. And we would realize that God’s ways really are so much higher than ours, and His plans are so much greater than ours. We have laughed about that ornament and hung it year after year, as we moved from house to house and celebrated Christmas all over the place. And yet, every time we laughed, I think God must have been laughing louder. If He could create Christmas itself by sending an unexpected little boy into the world, how much more can he create a family by sending unexpected prophecies through blue-eyed babies?