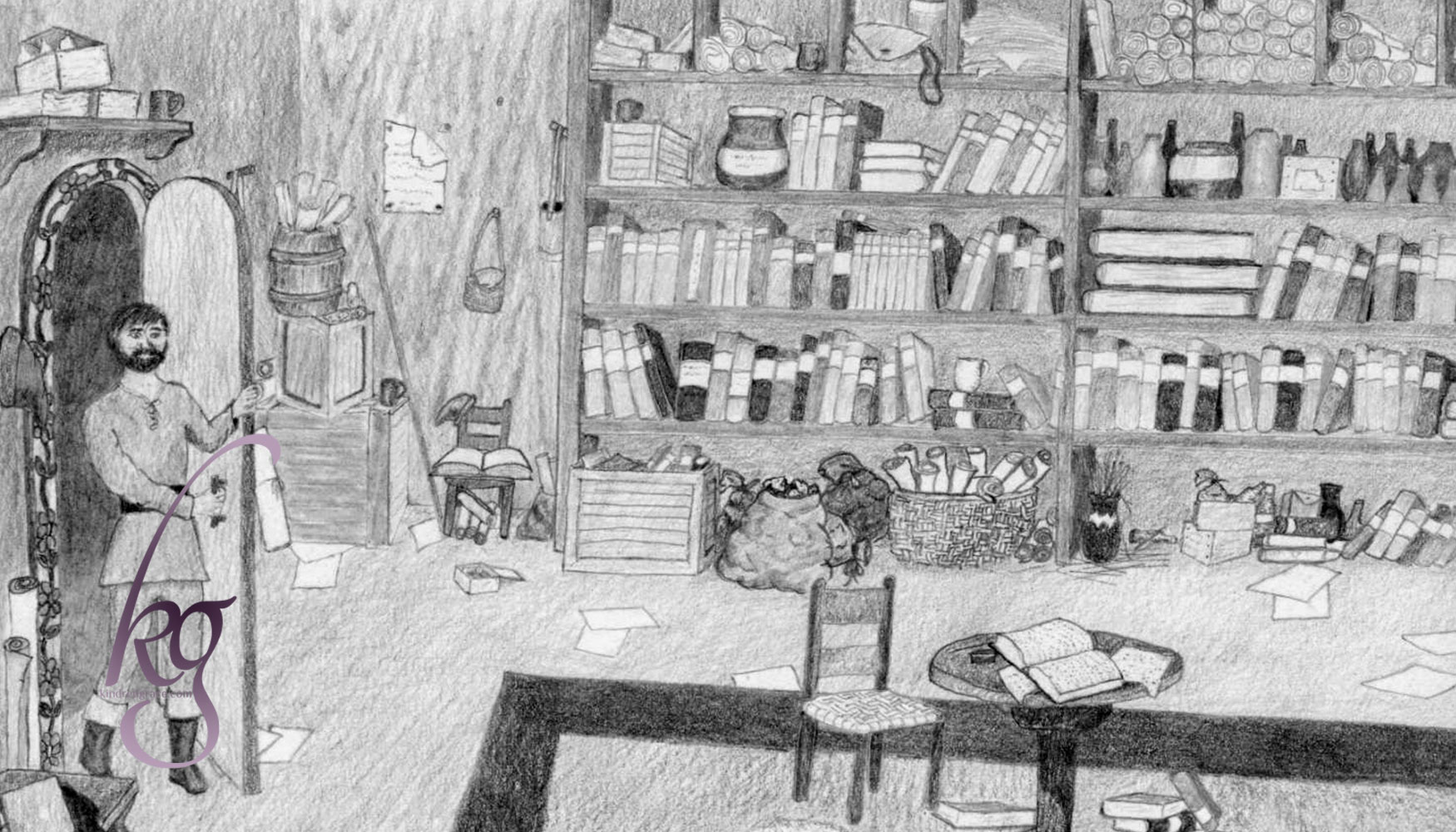 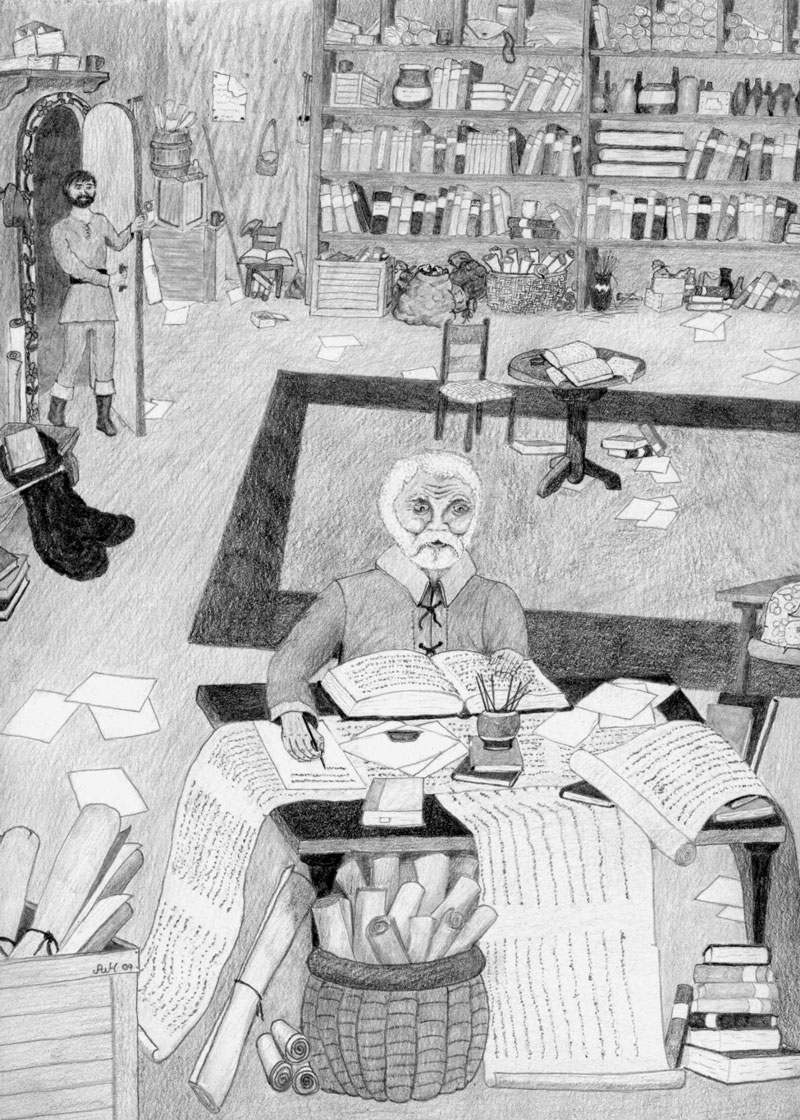 What would life be like if a mink could eat you in one bite, a large raindrop could knock you flat, and climbing a coneflower stalk was like climbing a tree? And what if your society was threatened by bandits without and traitors within?

Meet Larkin, the teenage hero of Larkin’s Journal. This book tells the story of Larkin’s quest to defend his king and the kingdom from a group of traitors and their mercenary army. As a lover of stories, I think this story is wonderful, but I’m especially attached to it because of my father is its author.

I would love to tell you about how my dad started writing his first novel, Hawthorn’s Discovery, then forgot about it for years until we discovered his handwritten notes, and how it has brought together my siblings and I who span twenty years of age. Suffice it to say that my family is delighted with Larkin’s Journal, a fitting prequel for Hawthorn’s Discovery. Like the first novel, Larkin’s Journal is a tale of high adventure, unflagging humor, and deep faith. 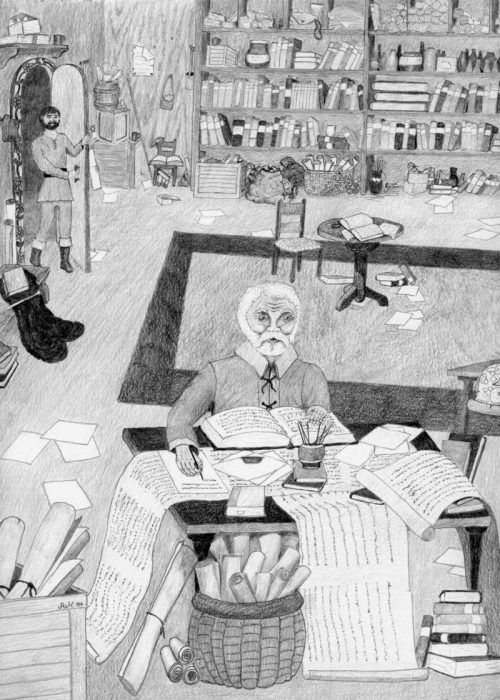 The story describes Larkin’s life in Lanara, a kingdom of inch-tall people unknown to man and living a stone-age existence in the colonial American wilderness. Threats from birds, centipedes, and crayfish make life a constant battle. But deadly animals aren’t the worst of Larkin’s worries. When his father is named the king’s chief general and righthand man, Larkin becomes involved in a world of political intrigue as he tries to unravel a web of spies who are leaking the king’s plans to hostile bandit tribes. Even more confusing to Larkin is Lily, the king’s rambunctious and pretty daughter.

When Larkin finally realizes who’s behind the spy network, he also discovers a plot against the royal family. But before Larkin can warn the royals, he and his father are caught in a flooded river and washed hundreds of leagues away. Larkin and his father encounter a huge cat, a civilization of giants (ordinary humans), an unknown language, and a new faith before they can even attempt to return to Lanara and save Princess Lily and her parents.

Although Larkin is the story’s focus, characters like huge Lars and self-dubbed “hootie owl” Fernie almost steal the show with their irrepressible humor. For instance, Lars abandons everything about his criminal past except his tendency to speak in the third person. “You understand Lars? Then Lars talk good ‘nough!” he announces. Mentally challenged Fernie attaches himself to others who need him because “they are not funny” and is easily bribed with promises that he will be allowed to “set things on fire and break stuff.” 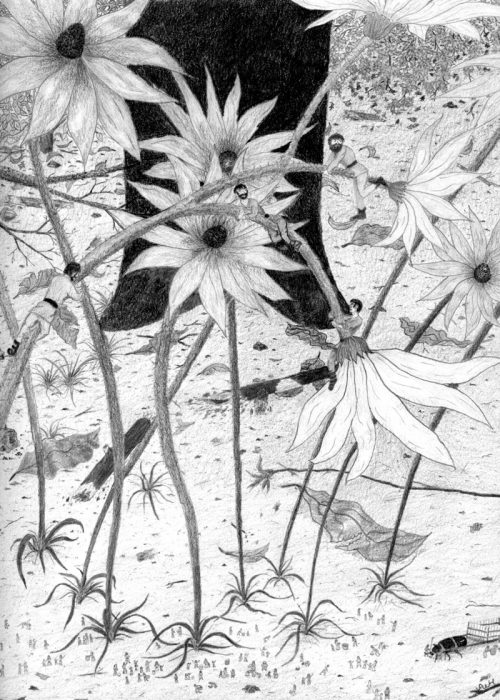 If you prefer books that make you cry, don’t give up on this one yet! At one part, my little sister sobbed so hard and so long that Dad felt terrible and rewrote a couple chapters to soften the blow.

Although the book starts off slowly, the plot soon becomes action-packed and twists and turns to the very end. If you like adventure, fantasy, inspirational fiction, or just good, clean fun, you’ll be sure to enjoy this book.

Even more important than being a fun read, this book points toward Christ. Larkin’s Journal is a story about truth and faithfulness in a very dark and shallow culture. It’s about pursuing one’s duty in the midst of adversity while learning to rely on a caring, all-powerful God.

Illustrations from The Tales of Larkin by Alan W. Harris