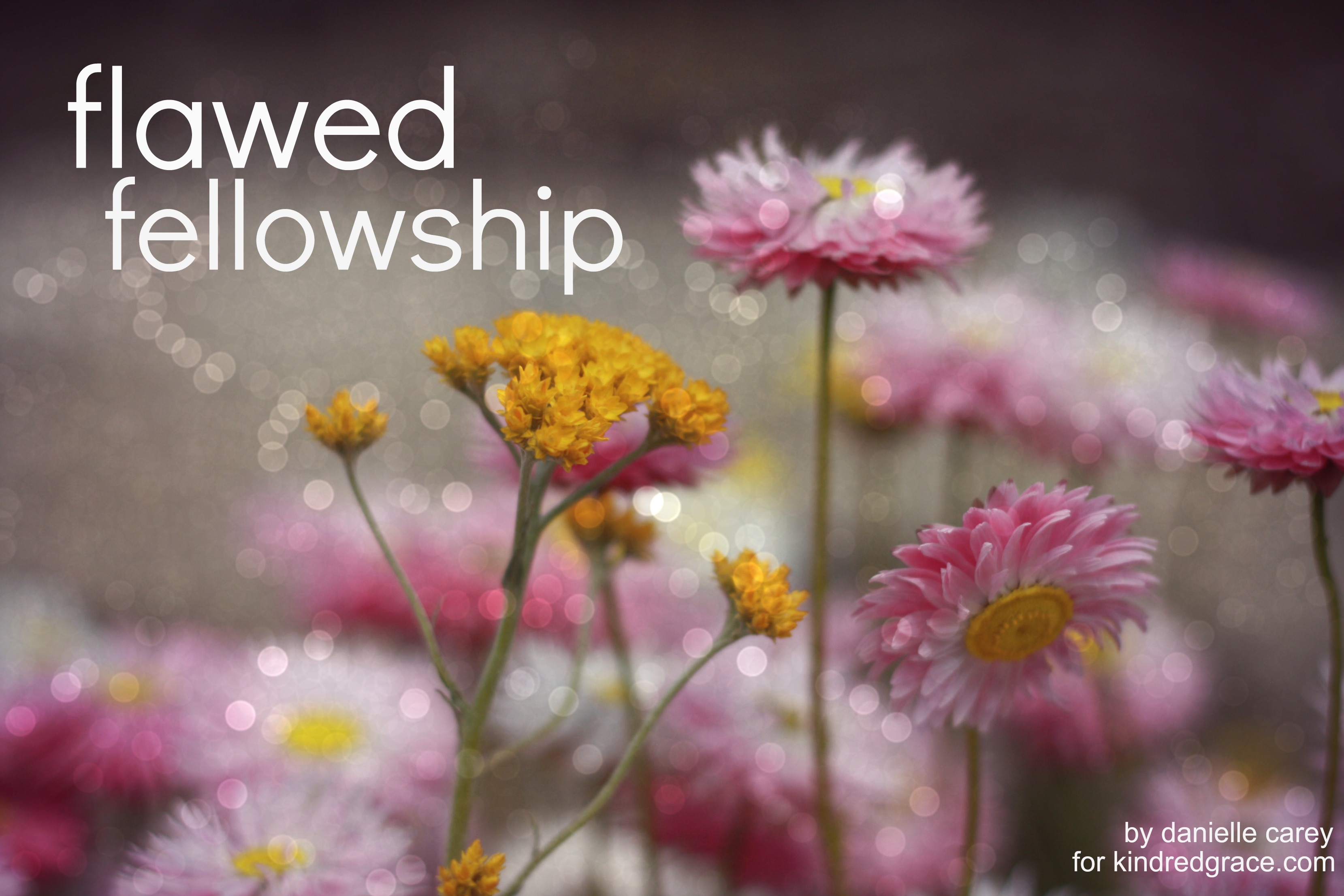 My parents became Christians when I was four years old, so I can’t remember a time when church was not a part of my life vocabulary. The first church was a tiny Assemblies of God congregation which originally met at the showground of our small coal mining town. Optional Sunday extras included a sparrow or two swooping among the rafters of the old pavilion. Later, we met in a senior citizens’ building where, for Sunday school, the kids would be marched across the street to an aging Country Women’s Association hall, where we’d sit and shiver on steel-legged chairs because it was never ever warm enough in there.

My family moved around a lot as I grew up, and not just across town, but across the country. With each new town and state there was a new church to get to know. As a result, I’ve been part of a lot of churches.

At first, there was some denominational loyalty. After all, apart from the nominal Catholicism and Anglicanism of my parents’ upbringings (some Capulet and Montague stuff right there), the Assemblies of God was the only church community any of us had known. But as we moved throughout Australia in towns both big and small, the name of the church became secondary to the qualities of the church itself. Was it a congregation that believed the Bible and taught well from it? Did the people take seriously the command to live a life of love and obedience?

Some of the churches we came across did this better than others, and it wasn’t always the ones I’d expect. When we first moved to Western Australia and began – again – the wearying process of church hunting, we ended up in a fashionable congregation with a crisp new building and a perfectly-run café. The preaching was informal yet dynamic, the music insanely good. It seemed like everyone in the congregation knew how to rock out like a star, and on top of that, they were all tanned, beachy, and ridiculously gorgeous. It was a nice visit, but I knew I didn’t belong there. So when my father mentioned that he’d like to go back, I scoffed. No way. This was a church that was all about glamour and impeccable style. Where was the heart? Where was the humility?

You probably get where I’m going with this. Through the beautiful people at the beautiful church, God taught me some things about books and covers and judging and whatnot. Because that church knew how to love well. The folks there loved God passionately and they loved people eagerly. They were genuine, faithful, and driven. They may have been incredibly good-looking and unfailingly cool, but they also knew how to love the unattractive and the uncool. I’d never encountered a more welcoming group of Christians, and I was rebuked. You don’t need to be in sackcloth and ashes to prove your humility. 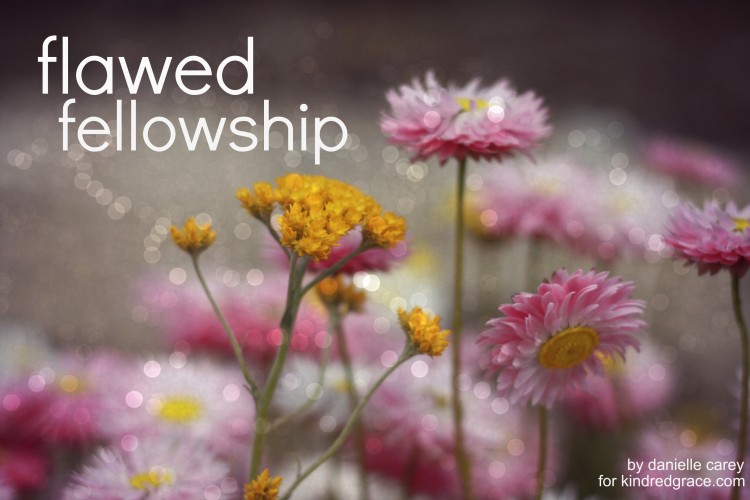 Since that time, I’ve been in a bunch more churches – some of them big and glamorous like that one, some of them small and nerdy. In one way, each church has been what was right at the time. But in another sense – and here’s the part where I throw a U2 song at you – I still haven’t found what I’m looking for. Church disappoints me and it delights me. It satisfies my needs and it leaves me unfulfilled. It calls me to belong to the inner circle and it pushes me to the fringe. Church is messy and church is weird. We who grow up within its embrace forget how very odd it is that a whole group of otherwise unrelated people file into a building at an agreed time to sing songs to an invisible God and essentially study theology together. It’s strange.

Yet this strange little subculture is one that is incredibly important to God and to his son Jesus. Because the church is so important to Jesus, I get excited about it, too. I get these enthusiastic first-century aspirations of everyone loving each other and getting up in each other’s business for the sake of Christ-centred community, knowing each other well and riding through life’s storms with shared faith and encouragement. And then I feel like a broken little cynic when the church doesn’t look or act how I imagine it should.

Actually, though, disappointment is more characteristic of idealists than cynics. Cynics don’t hope, but idealists sure do. They hope, and their hearts sometimes get broken. Idealists look and search for an ideal, but when it comes to the church, the precedence was set in very simple terms: groups of people who love Jesus, meeting together to worship Him, study the Scriptures, and practice living the gospel. For such an epic historical movement, the parameters are pretty open-ended, and the primary component is people.

But it’s the people who cause all the grief in the church, because we humans are a messy lot. We are oblivious, over-eager, smug, selfish, obtuse, and narrow-minded. We come to this perfect idea of a church and we bring the mess with us. The idea is pristine; the reality is grubby. Which makes me wonder whether God’s ideal for the church isn’t exactly all about this messy humanness.

The world is meant to know we are Christians by our love (John 13:35), but there is nothing remarkable about a bunch of perfect, luminous saints loving each other and the world. What is unique is when a group of dirty urchins who have a tendency to step on each other’s toes or say the wrong thing at the wrong time commit to trying to love each other and those on the outside, for the sake of Jesus. In other spheres of life, we tend to make alliances based on compatibility, even if it’s something as minor as sharing the same football team or watching the same TV show. Within church, the primary point of connection is the cross – which means that churches are full of people who might not otherwise be friends. Outside of the church, we can avoid people who rub us up the wrong way. Inside the church, we call them brothers and sisters.

This means that church is hard work. For some, it’s too hard, and disappointment with the reality of church life has sent them retreating from any semblance of organised worship. I understand this. I ‘get’ church burnout, I really do. But we can’t give up simply because it’s challenging. The church is known as the bride of Jesus, and is there anything more revered and treasured and beloved than a bride? Having just been a part of two weddings in two weeks, I have to say that a bride is one of earth’s most delighted-in things. The world stops for a bride. The world gazes on her in awe. The world cherishes her. And this is the word-picture that God settles upon to talk about his church. To reject the church is to reject the very thing he has chosen to align himself with for all eternity. We’d never tell a friend that we love him but hate his girlfriend; how can we do the same for Christ and the church?

Someday, all the annoying little edges – the marks and flaws of flawed and marked humans – will be polished away when the bride is presented resplendent and glorious to her Groom. But church is not only about the then. It’s about the now. And in that space before the ‘then’, learning to love sacrificially in spite of others’ failings and being loved sacrificially in spite of our own failings, is largely what this now of church life is all about. At times such love will feel like a burden, but it’s only the softest echo of the sacrificial love of Christ, who put His mortality on the line for His bride. He took a bullet for her. The very least we can do is cherish her.