I got kicked out of church at age 17.

Our new youth pastor wanted to talk to me about what was coming up for the fall after I’d spent the summer traveling around the country playing basketball for college scouts. I had missed most Sundays and Wednesdays due to tournaments and practices, but that was the only way I was going to afford tuition at a four year institution, plus, I loved basketball almost as much as I loved Jesus. I could never have anticipated what he said to me next.

“Rachel, I’m concerned for your salvation. I also don’t know that I can comfortably let you be considered someone to look up to this youth group since you obviously have issues with commitment to God and this church.”

He went on to tell me that if I couldn’t commit to being at every Sunday school session and every youth group meeting from then (late August) until Christmas that I might as well not come at all. What he didn’t know was that I had grown more in that summer in my walk with Christ than I had in the 12 years since I’d answered Jesus’ tug on my heart as a five-year-old.

Throughout college and early marriage, I went to four different churches. They all had their merits, to be sure, but each one had something I found fault with. The worship was only okay. The preaching could be more engaging. There wasn’t a women’s Bible study on a night I could go.

I kept making excuses until I excused my way out of each one. I couldn’t find that bowl of porridge that was just right. Goldilocks and I would have been good friends… 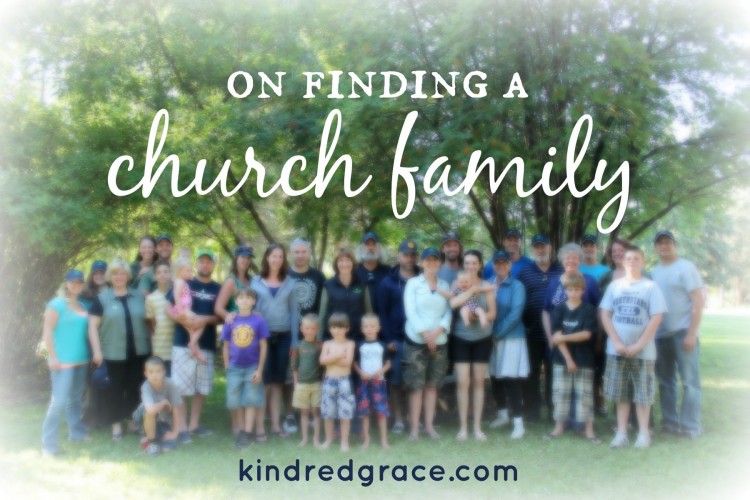 I happened to start attending the church my former boyfriend (and eventual husband…long story) had just started going to and I fell in love with it. The worship was uh-may-zing (Hillsong meets Israel and New Breed), the pastor was challenging yet accessible, and there was even a small group on a night I could go with gals I had developed relationships with prior to going there.

By God’s grace, the hurt between my former boyfriend and I healed and we spent our ensuing engagement under the guidance of one of the pastors and his wife. A few months before we got married, we went on the all-church retreat. This was a fairly Pentecostal church and, having grown up in one, I was familiar with speaking in tongues, prayer languages, etc. What I was not ready for was the discomfort I’d experience in empathy for a pair of new churchgoers.

One evening during a prayer and worship service, several members of the congregation, overcome by the Spirit, began speaking all kinds of languages (with no interpretation) and exhibiting other spiritual signs that were extremely confusing to these new Christians. When they walked out of the meeting room, my fiancee and I followed them and tried to talk with them about what they had seen and heard. They were so confused and offended they didn’t return. This left us with a bad taste and once we were married, we decided to strike out on our own to find a church that we’d both feel comfortable in that was also welcoming to new Christians.

Back to the checklist: good worship, solid preaching, inviting people. We also added local as imperative since it didn’t make sense to us to be part of a church community that wasn’t also part of our geographic one. At the time, a local megachurch was in its heyday so we hopped on the bandwagon, knowing that, among all the other things, they were known for welcoming new Christians.

Worship was great. Preaching was hard hitting and revealed many things in ourselves that were useful to discuss in early marriage. But nobody remembered our names. Don’t get me wrong; the greeters and even the attendees were kind and welcoming. However, I vividly remember attending the same 9 o’clock service at one campus two weeks in a row, sitting in the same chairs, and having the same couple ask us if we were new and what our names were. I just wanted to be remembered.

We moved a city away that spring and had to start looking for yet another church. My husband had learned by this point how much I disliked this process and while we knew it was a long shot, we started with the one that was closest to our newly purchased home. I was quite sure we’d need to try more than a few others in town but God surprised me by serving me porridge that was just right with a bonus: we left feeling like we had just found our new family.

A congregation that hits 80 on a big Sunday, it’s now been four years of going to church with some of the most genuine folks I’ve ever met. Perhaps it’s the town we live in, but I think it also stems from the fact that it takes a special type of person/family to stick around when you have to set up and tear down each Sunday. We’ve never had a church building so it takes a lot of work to make things happen, which could lead to burn out.

There have been ups and downs as there inevitably is within a church, but what God ultimately showed me through this process is that it’s the family that matters. When we arrived on this earth, we didn’t choose the family we got. We made the most of it and acknowledged that there were things to learn no matter the situation we were placed in. And while we can technically choose our church family, it takes the same attitude:

I’m part of this church family for a reason and will choose to serve, engage, and fellowship because it’s where He’s placed me. 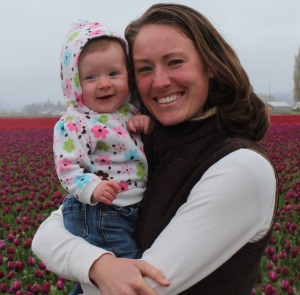 My name is Rachel and I’m a stay-at home-mom to a toddler. My husband brings home the big bucks as a high school science teacher and I help out money-wise by coaching (basketball and rowing) and substitute teaching at my hubby’s high school (I taught HS science pre-baby). I write about living with perseverance, passion, and purpose (what I deem Mason Jar Values) over at rachelzupke.com. Life for me = faith and family, homemaking, real food and natural living, outdoor adventures with our Siberian Husky, and local happenings.