When does the Christmas season really begin? That’s a topic open for discussion, but to my mind it begins on the magical morning of December 13, Saint Lucia’s Day. Although our family isn’t of Swedish descent, our neighbors don’t seem to mind that we’ve adopted their holiday, and it has become a special tradition.

We’ve got the whole thing down to a science now, but the first couple of years we had a few troubles. For example, we didn’t have a recipe for the traditional saffron rolls for breakfast. “Well, kringla is Swedish,” I told my sisters. “We’ll just make that.” Another problem was the initial reactions of the sleepy family when awakened by white-robed apparitions, with candles that cast wavering shadows on the wall. Some of the younger boys, wide-eyed, told Mom about the angels that came into their rooms, while the adults’ thoughts ran on themes of “The Ghost of Christmas Past.”

Since our family consistently forgot the date of the holiday, it was easy to keep the whole thing under wraps and let it be a surprise. Most years, they didn’t know anything was afoot until we woke them early in the morning.

Most years. Until the year we girls forgot about St. Lucia’s Day. We remembered at 8:30 pm on December 12.

“Oh, girls!” my sister Katie gasped. “Tomorrow is St. Lucia’s Day, and we haven’t done a thing to get ready!”

Betsy was undaunted. “Oh, we can still do it. We’re really fast. Let’s go make the kringla.”

Our younger brothers were already in bed, so we didn’t have to worry about them seeing us baking. We closed the kitchen door and kept an eagle eye out for anyone prowling around. Betsy, who has a reputation for being very fast indeed in the kitchen, started the kringla, while Katie and I made other preparations. What we didn’t know was that Betsy simply put water and butter in a pan, turned the stove eye on high, and scurried off to do something else.

It was only a matter of minutes before we heard the sizzle. Katie and I turned around just as Betsy returned to the kitchen, and we all rushed to the stove, where the butter and water were busily boiling over, sending plumes of blue smoke into the air. Betsy jerked the pan off the stove and put it in the sink, while Katie and I grabbed dishtowels and waved them at the smoke, which by now was curling along the ceiling and heading toward the door.

“We’ve got to stop this smoke,” Katie giggled, although we were nearly frantic. Right outside the kitchen door was a smoke alarm. And right down the basement stairs from the smoke alarm was half of our rural volunteer fire department, having a Bible study under Dad’s direction. We were sure that the smoke alarm would go off and they’d all come rushing up to see what in the world was going on. They are all our neighbors – we’d never live it down!

Thankfully we were able to direct the smoke away from the door and avoid that embarrassing situation. With the kringla safely baking in the oven, we turned our attention to other details, such as our costumes. Tradition dictates that the girls wear wreaths of evergreen branches and candles in their hair (although with a firefighter dad, we opted to carry our candles in our hands!). Of course, it was too cold, dark, and scary to go outside for branches by now. Always resourceful, we cut “just a few” off the back of the Christmas tree, hoping they wouldn’t be missed.

We headed back to the kitchen with our booty, closing the door quickly to keep the delicious smell of baking kringla from escaping. That smell would probably bring the firefighters upstairs about as effectively as smoke would! Besides, wasn’t the meeting about over by now?

Yes, it was. Suddenly the kitchen door was pushed open by Dad, followed by half a dozen men. With shrieks of, “Don’t come in here!” we girls pushed it shut again.

“Hey, what’s going on? Can’t I come into my own kitchen?” Dad queried. “We’re just bringing our cups and plates in for you. What’s the matter?”

We were too hysterical to be coherent, but managed to tell him that one of the firefighters could bring in the dishes – our good friend Tim, who has a couple of crazy sisters himself. He just shook his head in bewilderment as we tried to explain what had happened. “Okay,” he finally said, shrugging.

Amazingly enough, the breakfast turned out beautifully. The kringla was perfect, the table was lovely, and the evergreen wreaths, while rather prickly, were silent as to their origins. It was once again a complete surprise to the rest of the family.

It was the last time to be a surprise. 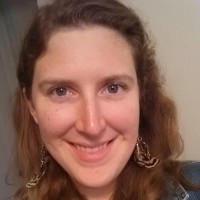 56Shares
56Shares
We use cookies to provide you with a more personalized experience during your visit to Kindred Grace. OkayLearn More