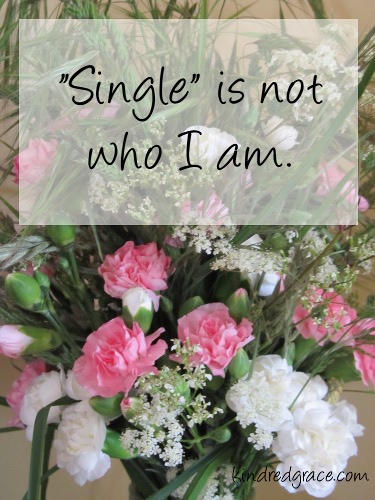 In the beginning God made man and woman in His image. He made man from the dust of the ground. And then, from one of man’s ribs, He made woman.

Her name was Eve.

Eve ate the one fruit in the Garden of Eden that God had told her not to eat. Sin entered the world. And womanhood has been complicated ever since.

Sometimes people act and talk as if my identity is “single”. They imply that I’m not really a woman. I’m “single” because I’m not a wife or a mother — and, “obviously”, that means I’m not really-truly a woman.

And I struggle (a lot) when people imply that I’m not really-truly a woman.

I’d love to be a wife and a mother. I’d love to not feel insecure as a woman because there’s so much of womanhood that’s “beyond my ken”. That said and understood, however, single may be what I am today, but “single” is not who I am.

It’s a good and wonderful thing to be a wife and a mother, but God doesn’t define woman as wives and mothers.

God defines women as He defines all His children and if you are one of His children then (regardless of your marital status and family circumstances), like me, you are:

You’re a woman because you were created as a woman by God. And my identity, your identity, is first and foremost that of a child of God. That’s who we are and in His eyes, in His heart, we are secure.

You are a woman. You are beloved. You are valuable. 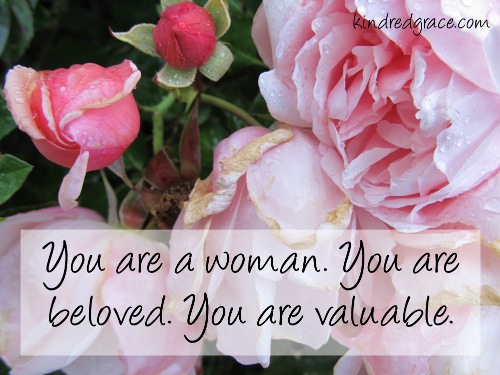