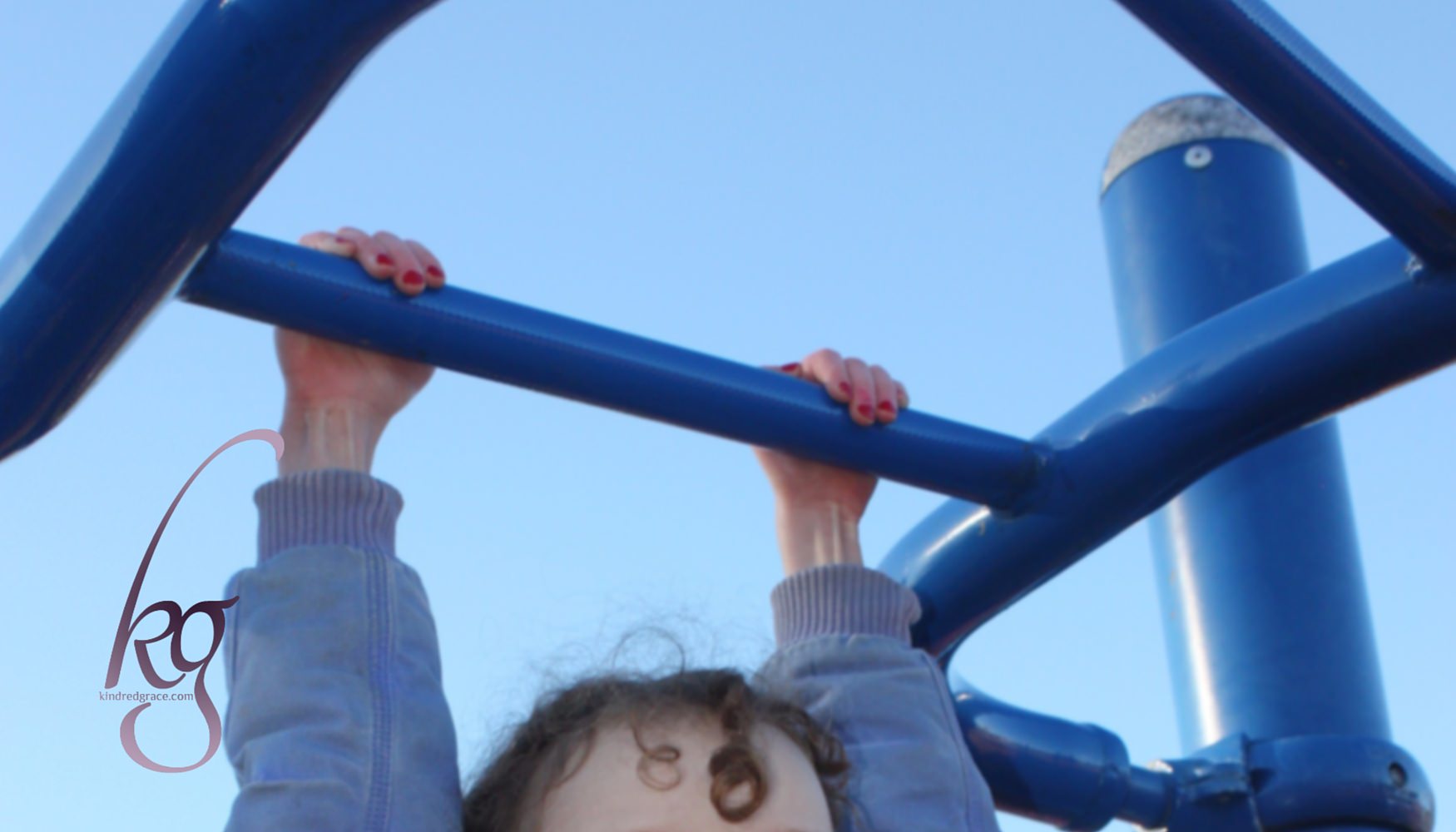 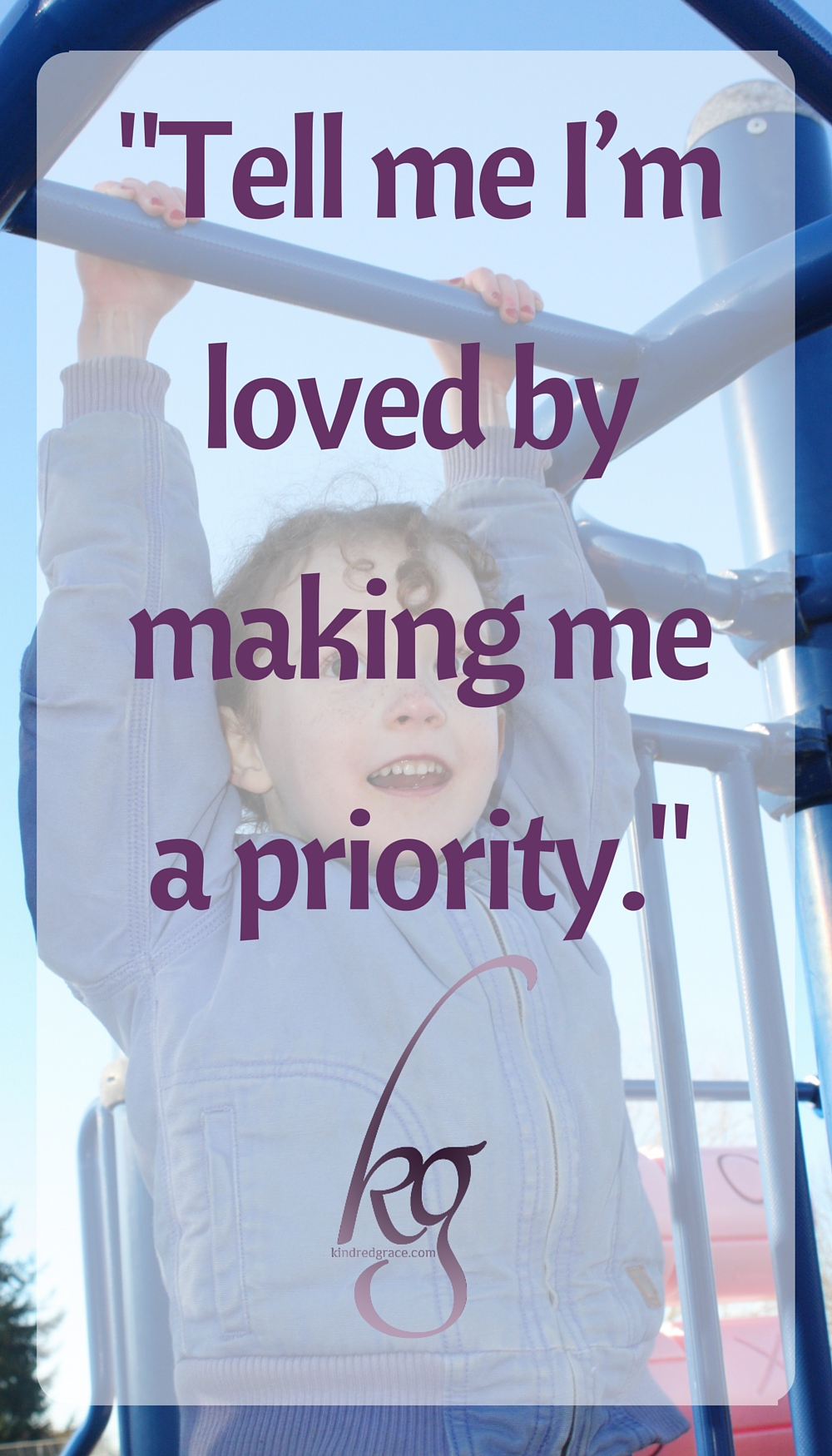 Plans for our special family outing had changed several times, but we finally landed upon Plan C — the park — with the picnic dinner I’d already packed. We enjoyed a nice picnic and then proceeded to the busy playground. We very rarely go there on the weekends, preferring to play when it’s less crowded.  But since our family was a ratio of 2:2, I figured it safe to have each of us big kids watch one little kid.

But it didn’t take long to notice something very disturbing. As I was pushing my son on the swing, I didn’t chat with the other parents who were also pushing their children — I just pushed. There was a dad pushing his daughter there, but he was preoccupied. Yes, he was pushing his little girl and she was having fun, but for him, it seemed a good way to occupy her while he was busy talking on his cell phone.

While helping my daughter work her way across the monkey bars, I encountered a sweet little girl of seven, who was also trying to complete the task of making it all the way across the bars without dropping. My daughter and I struck up a conversation with this little girl, and after she’d had a few failed attempts at the monkey bars, I began looking around for her parent. I was helping my child, and I wanted to help her, but not without making contact with her parent first (that’s just a given courtesy on the playground). There was no one nearby who looked like they were keeping an eye on her.

Then she offered a piece of valuable information by saying, “That’s my dad”, as she pointed across the playground to a man sitting on a bench, completely engrossed in his business. “He’s the one with the blue iPad!”

I couldn’t help but wonder: was she proud that he was her dad or proud of the fancy contraption in his hand? Then again, why shouldn’t she be excited about his latest piece of technology? After all, she obviously could see where his priorities were.

So I helped her. A total stranger (thankfully a nice one) helped her across the monkey bars, rather than her own dad. 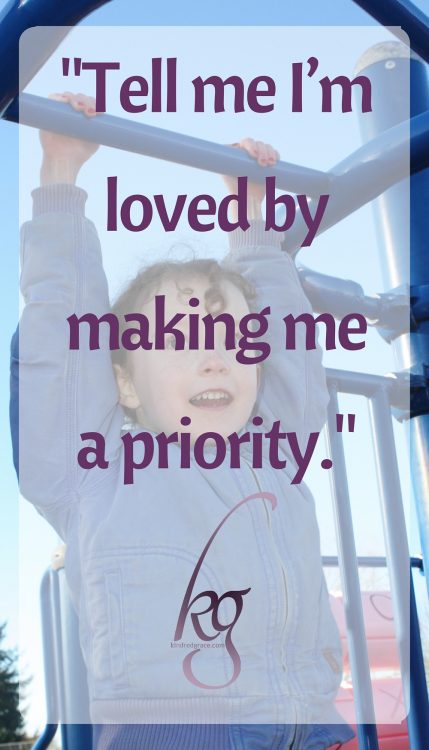 As my kids played in the sandbox later that afternoon, their daddy and I sat on the edge with our toes in the sand.  We couldn’t help but observe all the other kids who were like those little girls: playing at the playground and making memories, but not with their parents. The majority (yes, we counted — it was 75%) of the parents at the playground were so absorbed in their handheld devices that they had no idea that their kids would like nothing better than to be played with, simply played with.

I felt like making an announcement on the playground — the kind I’d like to make when sitting in a restaurant and seeing people “having lunch” with someone while talking to or texting someone else. Couldn’t they see their children’s eyes saying, “Tell me I’m loved by making me a priority!”?

It’s so easy to get sucked into the web world. Oh, the time that can be wasted on things that aren’t really that important, all while our children are ignored.  I want to stay so sensitive in this area.  If my kids feel like they play second-fiddle to a phone, computer, etc., they’ll only follow suit as they get older — they’ll think that’s what is normal and important.

I want my children to come to me and engage with me, especially as they get older; but how can I expect them to if I don’t show them the same courtesy?

I want my children to come to me and engage with me, especially as they get older; but how can I expect them to if I don't show them the same courtesy?
Click to Tweet

Someday (soon, I hope) that man will wish he had helped his little girl across those monkey bars; he’ll want that night to return when he could encourage her and hear her laugh as she completed her task. Otherwise, all too soon, she’ll be grown and he’ll be left alone, holding his blue iPad.

Further Reading:
“If you really love your children…” by Sally Clarkson
“Why the Kids Really Need a Little Red Hen Mama” by Ann Voskamp