We all heard the story from the time we were little. How Mama and Papa got married and she would cook her one-pot wonders. Tater tot casserole was just the beginning–she had a dozen different ways of getting her babies to eat their vegetables. Eventually the day came when Papa sat down at the table, looked at the pot of food, and very hesitantly said, “Hon, do you think maybe next time you make this meal you could put the meat in one pan, the potatoes in another, and the corn in another?”

Some women might have been annoyed at the suggestion, but not Mama. Her grey eyes just glittered with laughter that day and when the story was told years later. “One would almost think he didn’t like my tater tot casserole,” she said, “but of course, I know that isn’t true. Everyone loves tater tot casserole, no matter what they say.”

Mama’s penchant to pile protein, starch, and vegetable all in the same pot didn’t slow down our appreciation for all the different variants of food. In New York we ate home-canned corn, fresh-from-the-tree applesauce, and venison stew. When we moved to Alaska, our native friends demonstrated how to make “squaw candy“, a smoked salmon treat. We grew to love King Crab, moose burgers, and wild berries.

I can still remember being sent from the house with buckets and wandering the hillside in search of raspberries. We canned jam at home, all the juicy sticky sweetness of it, and would spread it in thick layers on homemade bread.

Eventually we moved to Florida, where we were introduced to tree-ripened oranges, crazy big strawberries, wild grapes, and year-round greens. We had fresh crisp salads daily and every couple years we could wander outside and cut our own pineapple, right from the backyard. 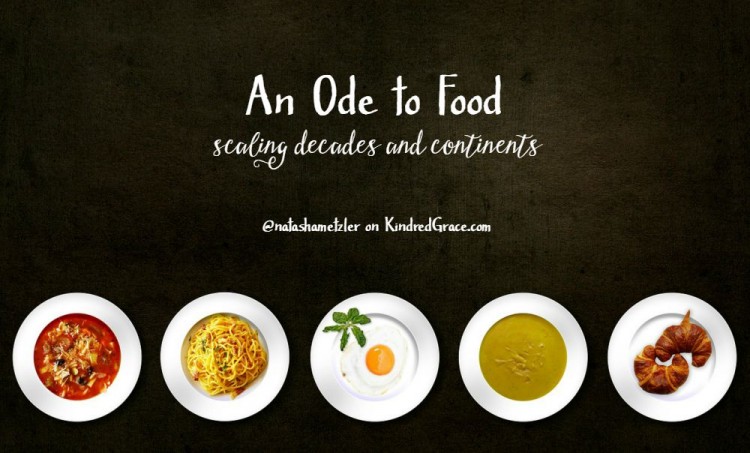 I turned thirteen that year and took over cooking meals for the family. While I loved slicing up oranges, and making pretty salads, I also found out why Mama loved casseroles. They make cooking as simple as anything. Penny supper, anyone?

Of course, I did end up feeling bored with the monotony of daily cooking. I started making spaghetti almost every night because it didn’t require any forethought. It was a sad time.

At a friend’s suggestion, I started working my way through several cookbooks. An authentic Chinese cookbook taught me the key to sweet and sour sauce (pineapple and soy sauce) and a Mexican cookbook taught me to hand-roll beautiful tortillas. Suddenly, food became exciting again.

Soon after I left for Bible School, I found that I fiercely missed cooking. I begged for the use of the cafeteria kitchen, which was granted. Of course, I had to try my hand at the latest recipe my sister-in-law had sent me. It was aptly named, “Get-Yourself-A-Husband Apple Pie”. The recipe has since been lost, but recreating it is no problem–just take any old Apple Pie recipe and double the butter. When the guys were eating it, one of them from a conservative Mennonite home said (this is a direct quote!), “If Tasha wore a cape dress, I’d marry her!” I wrote home and told them of our success.

Since I didn’t actually desire to be married for my pie making skills, I chose to not make my husband any apple pie until after we were married. Turns out he likes pumpkin pie best anyway, though he has conceded that my apple pie is particularly wonderful.

After Bible School, and before the real husband showed up, I lived in Brazil for a season. Oh, Brazil. Land of exotic fruits, daily fresh bread, acai, and vatapá. It was vatapá that I needed a recipe for before I left to go back home. Every time it was served I would examine it in my bowl. How did they make it that dark yellow color? What was the sweet? What was the spicy? How could anything be quite this wonderful?

It wasn’t the last time I would taste the wonders of coconut milk.

When my husband and I moved to Haiti early in our marriage, I met the glories of tree ripened grapefruit, wild mangoes, goat meat, the illustrious pâté, and the world’s best rice and beans. They also served awesome breakfasts like Soup Joumou and spaghetti with hot dogs. (The spaghetti because it cooks fast, I presume. And it’s really quite good when you serve it with piles of sautéed onions and a sprinkling of salt.) And don’t forget the coffee. I’m pretty sure I could write an entire post on the coffee alone. If anyone ever says, “Hey, want to try some Haitian coffee?” just say yes.

Finally, the day came when I told my new friend Millen that I needed to learn how to make Haitian rice and beans. In fact, I didn’t think I could handle another day until I knew how.

As she worked at getting things set and started, I found the key ingredient I had been lacking in my previous attempts. She broke open a coconut, sliced out the fresh meat, let it soak in water, and then squeezed out the milk. She pointed to the bowl of white liquid, “Ou bizwe sa.” Translated, “You need this.”

She was right. I needed it. And we’ve been eating it almost weekly for five years now.

I still get bored at times when it comes to cooking meals. But the answer, I’ve found, is to make it an adventure. With internet access, our ability to find authentic recipes from around the world is as easy as pie. Now you don’t even have to travel thousands of miles to learn new dishes! My last dabble of boredom gave my family Irish Hand Pies, Dilly Beans, and garlic sauerkraut. All simple, almost-mistake-proof recipes that turned out to be favorites.

And whenever we travel we look for a down-home restaurant and ask for the special–because there are thousands of favorite dishes out there, just waiting for us to discover them.

Start with a nice heavy pan. Make sure it has a lid.

Put oil and chopped onion on high. Cook until onions are browned slightly.

Add the rice, stir until all the rice is coated in the oil and the beans are evenly dispersed

Using the can, fill with chicken stock or water and bullion, pour in and stir

Cook on high heat until boiling, cover and let simmer for about 20 minutes

Fluff with a fork. If it is still liquid, just let it simmer longer.

Serve with soy sauce or the traditional Haitian sauce (heat up chicken stock, add a little tomato paste or, in a pinch, you can use some ketchup, and slice another onion into rings-- boil it all together until the onion is soft) 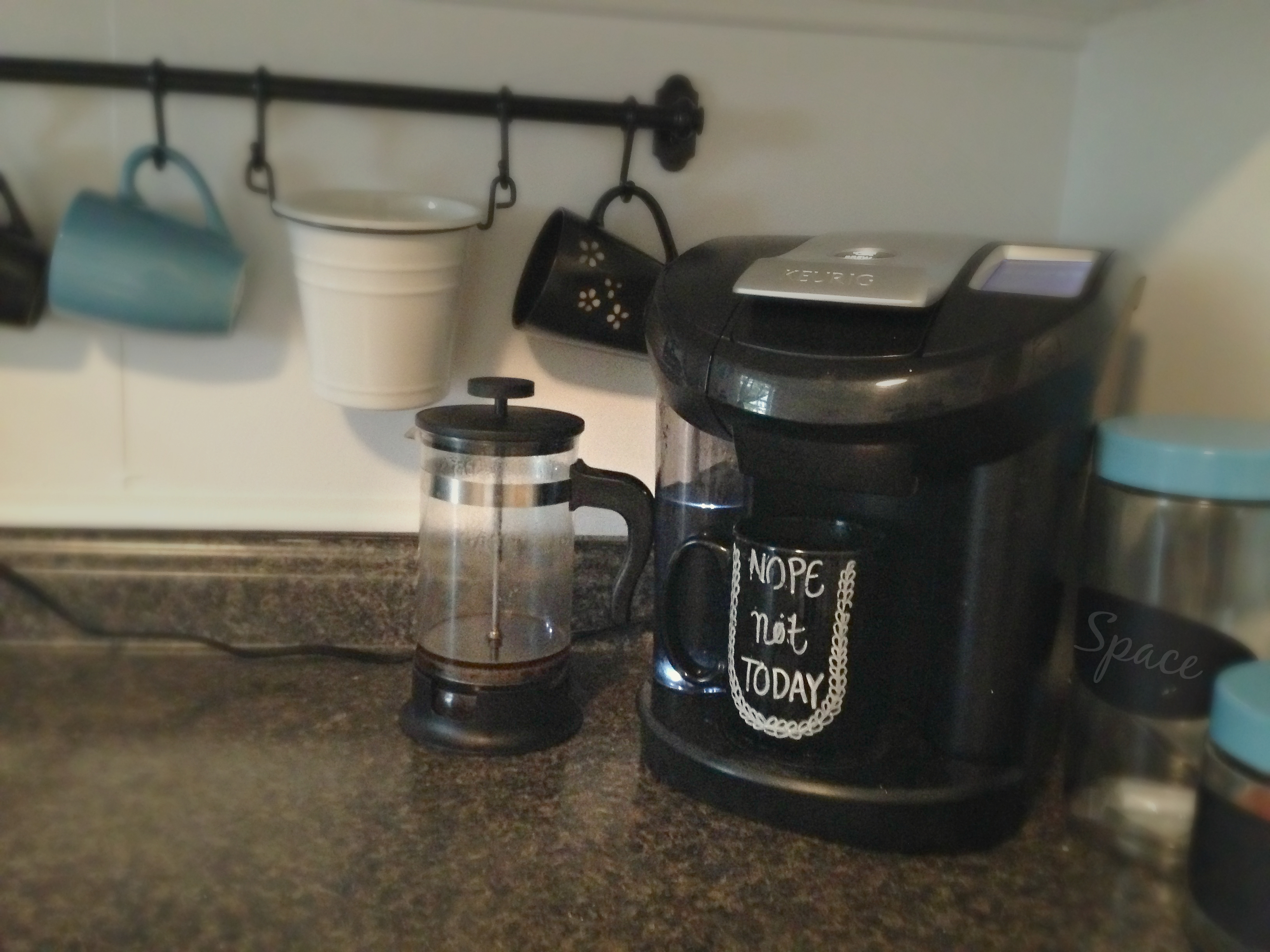 All I wanted was a Keurig in my early twenties with my coffee in a to-go mug. Travel mugs symbolized I was grown up, a professional, with important things to do and places to be. Time to brew a regular cup of coffee? Maybe someday when I was a grandparent. Over the years the Keurig… 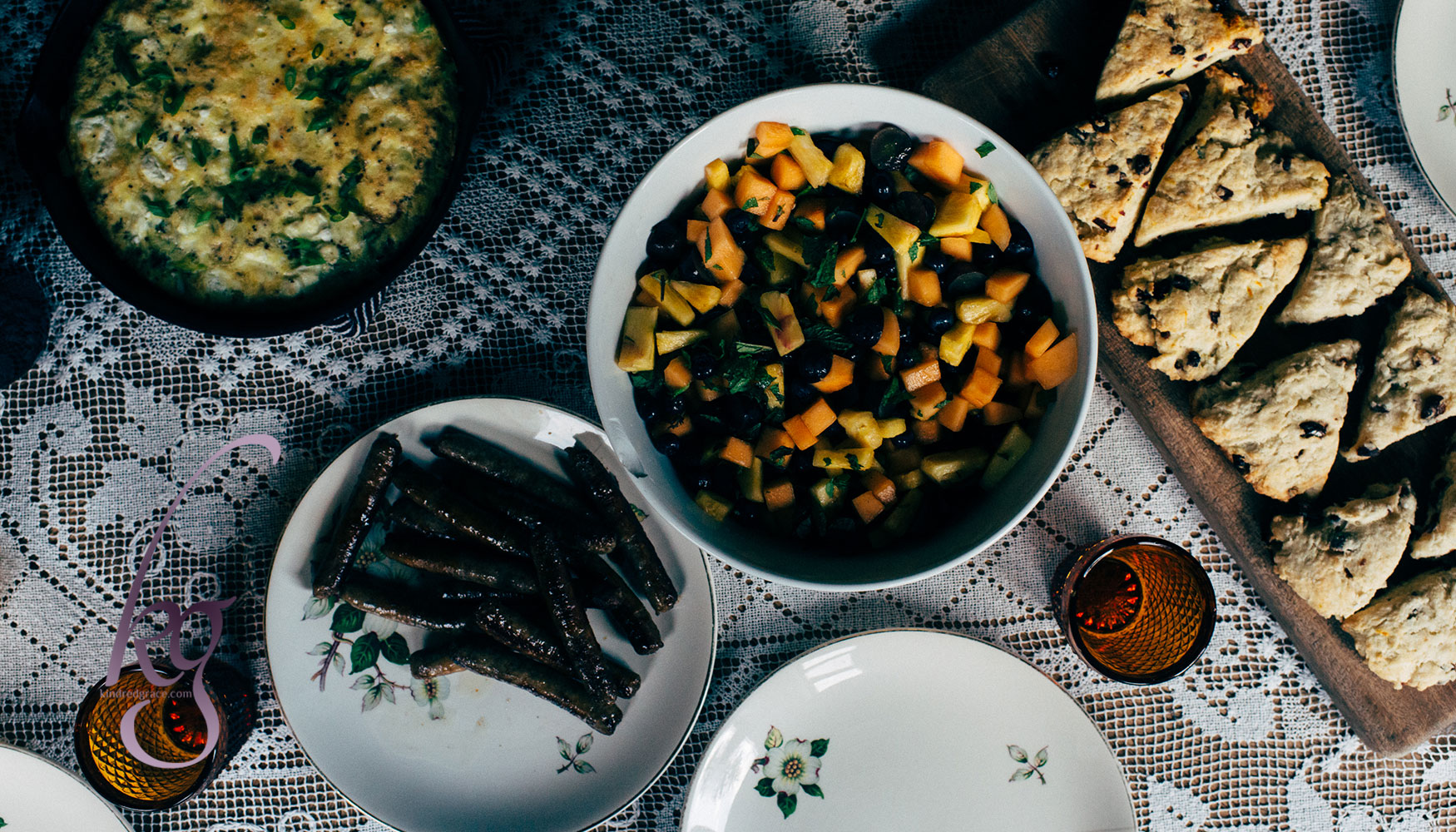 One of my favorite things about this time of year is the opportunity to practice hospitality. There’s something about colder weather that makes us want to gather inside and enjoy food and fellowship, and of course the holidays are a great excuse for parties. I’ve only been married for two years, so I’m still new… 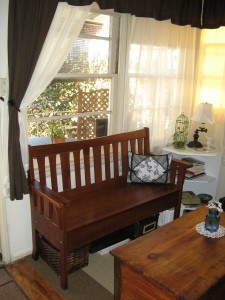 Greetings from the Sparrow’s Nest! That’s what Evan and I call our cozy little apartment. While I dearly love living in this tiny “playhouse” of a place, making things fit can be a challenge at times. I’m sure I’m not the only one facing this challenge, so I thought I’d share a few ideas that… 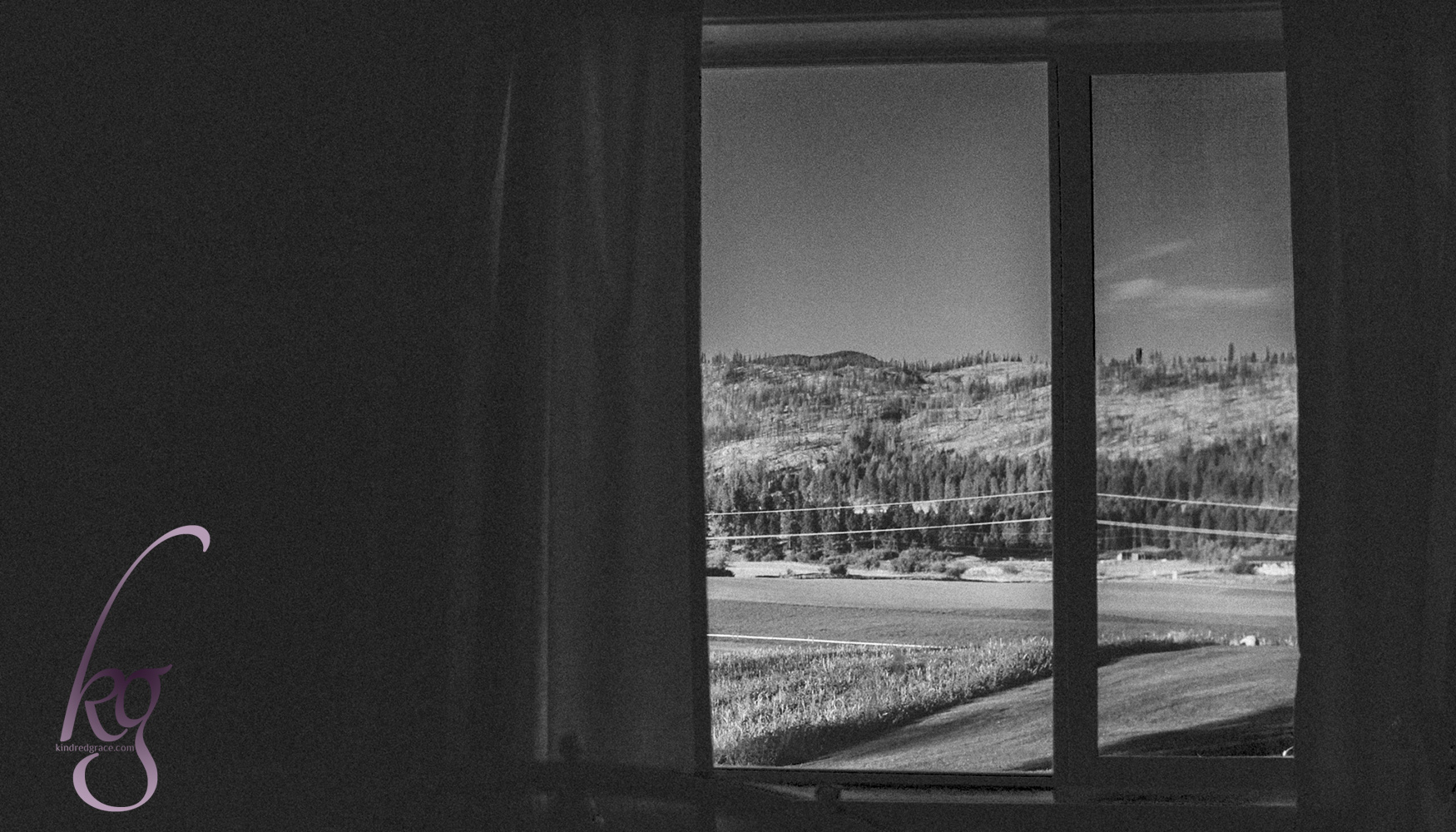 “What do you want to be when you grow up?” It’s a question most children hear at some point during their growing-up years. My plan wasn’t much, by some standards. I just wanted to be a wife, a stay-at-home mother, and by extension, a full-time homemaker. Making a home isn’t just the “career” I happened to… 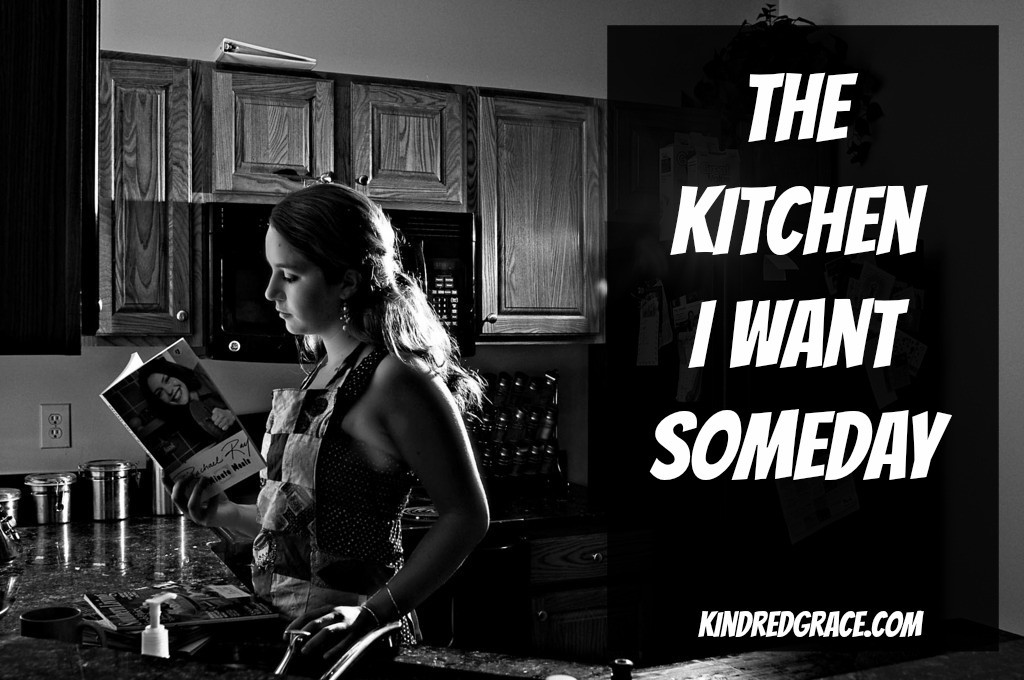 I want a kitchen like my mother’s someday. I don’t necessarily mean I want honey-golden countertops like hers, cranberry cabinets, the double fridge set-up, or even a similar dark wooden kitchen table. All of those things are wonderful, and I wouldn’t mind having them. But what I really want goes beyond decor. I want a… 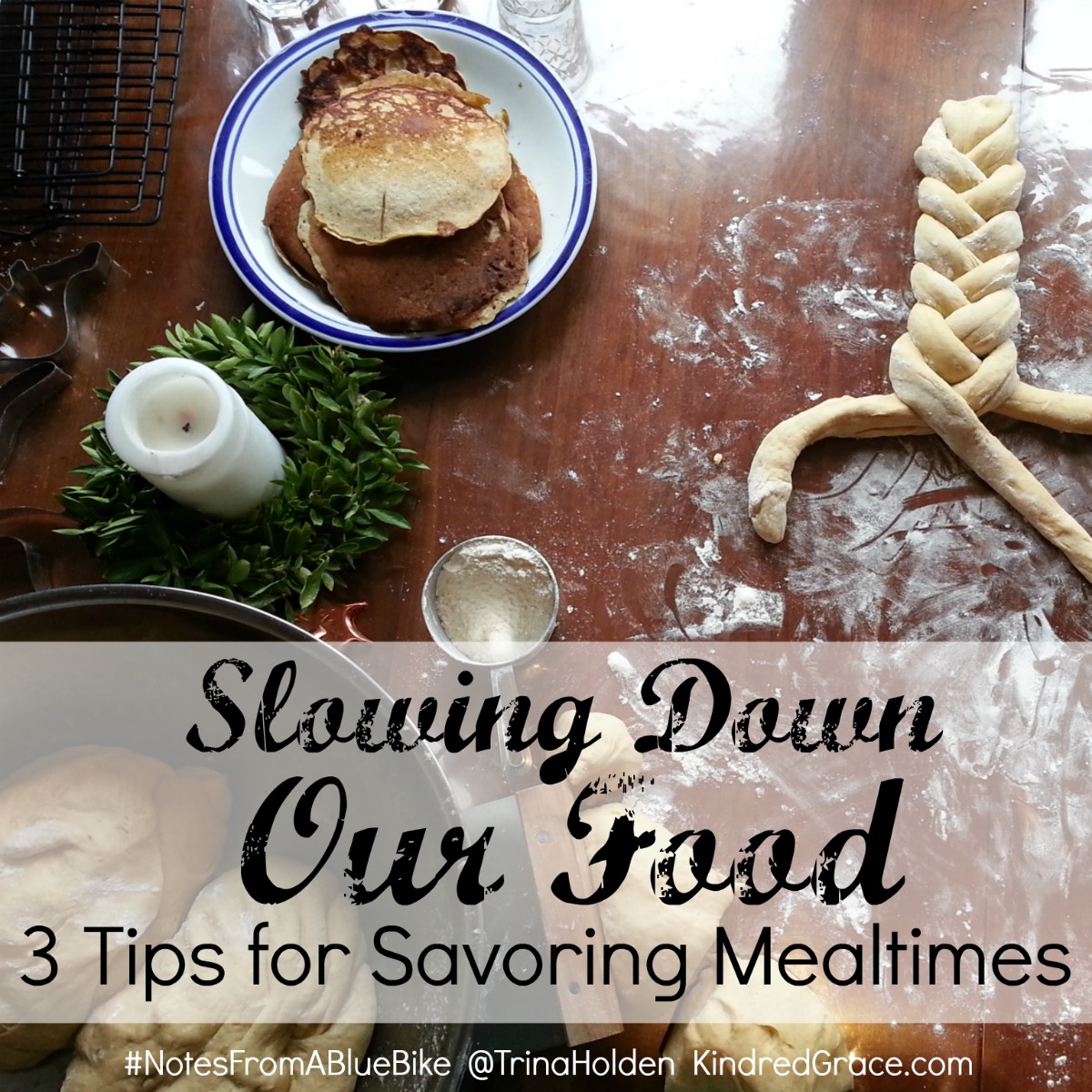 I’m a real foodie who loves her ‘slow food’ as fast as possible. I shovel food like a backhoe gulps dirt, and even wrote a book about making real food as fast as possible so you can get on with life. But in my hurry, I think I’ve missed something. In Tsh’s book, Notes from… 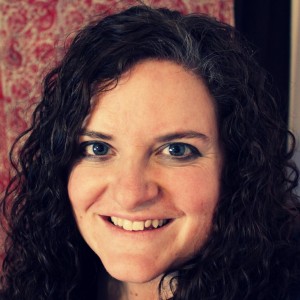