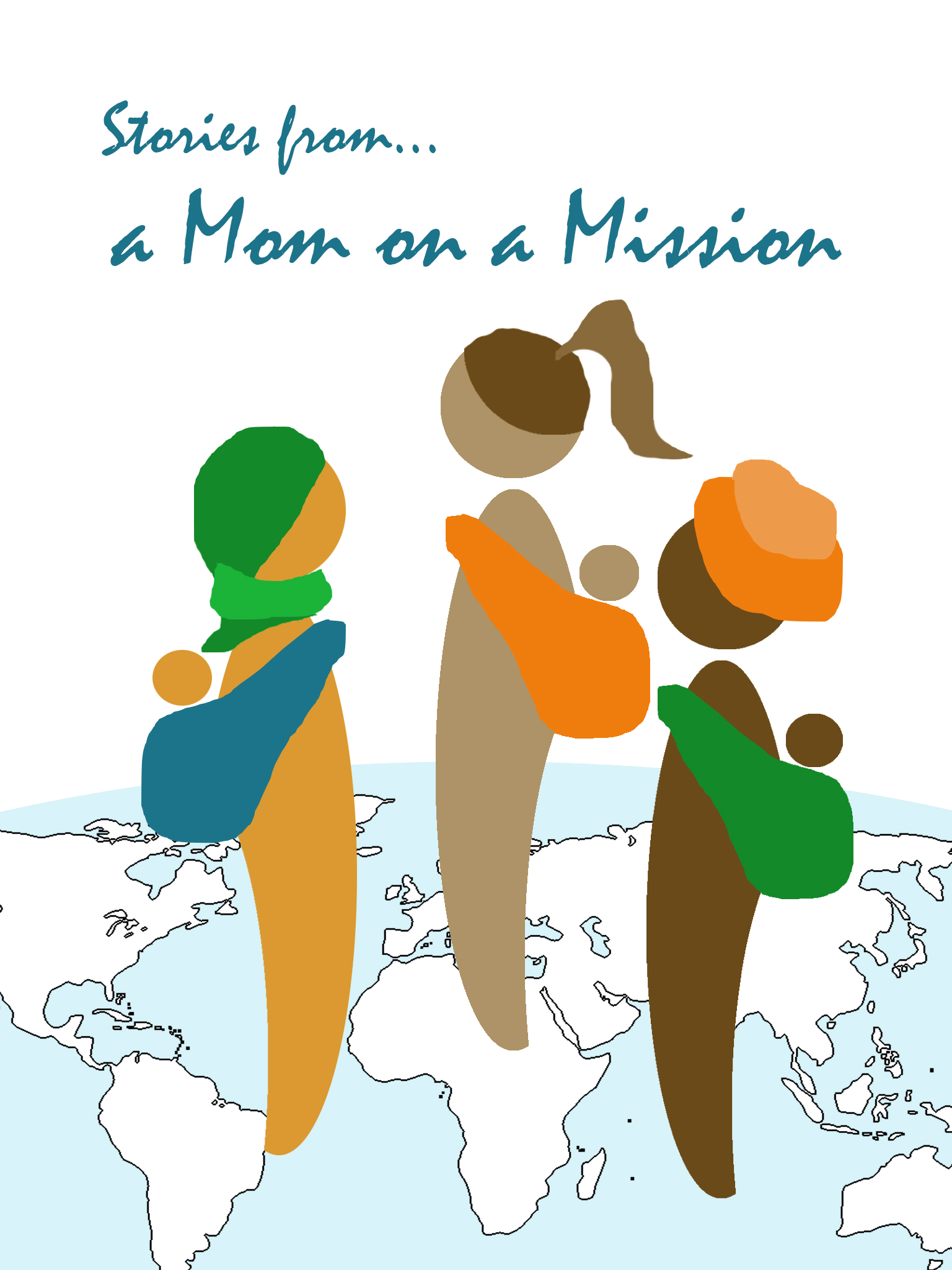 My son made an instant friend at the park one day.  His skin was a bit darker than ours, and he spoke a language that we did not know.  As they played, I noticed his mother sitting on stone wall, her head covered in a scarf.  I walked over to her and sat down.

Before I had a chance to introduce myself, her son ran over, whispered something, and then proceeded to go pee pee by a tree.

Before her little guy arrived for help with pulling up his pants, my little guy ran over with a giant pile of sticks.

“We need to take these home!” he asserted.

While our kids played, we talked the best we could with small bits of the three languages we shared, English, Arabic, and Hebrew.

She seemed overjoyed by my son’s immediate love for her son.  Worlds collided as her little one, from a Muslim Arab home, and mine, from a Messianic Jewish home, played together as brothers in the heart of Jerusalem. 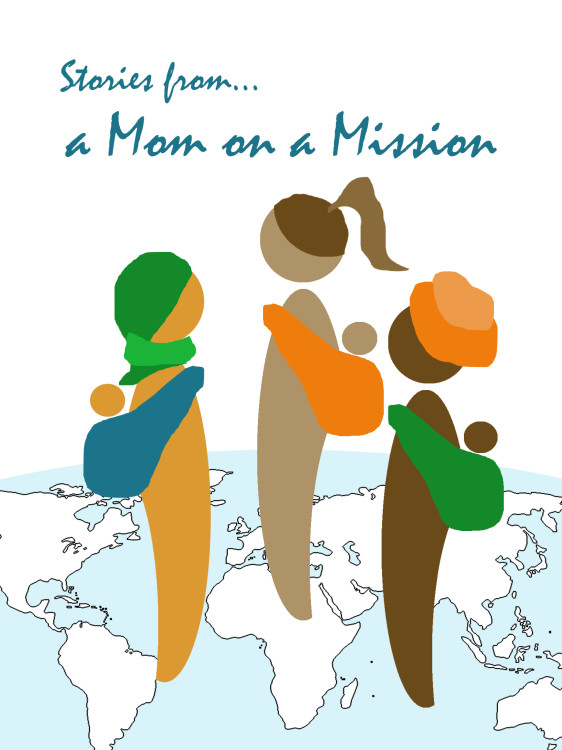 These have been my days since bringing Avie into the world.  (Aviel, pronounced ah-vee-EL, is a Hebrew name meaning “My father is God.”) He makes a friend, and I make a friend, all from a simple trip to the park.

My life is quite different now than it was when I first moved to Israel five years ago, working in an architecture office. As a mom, my work in the Land is far from the sexy image of digging water wells in Africa, or working for a world class NGO that relieves the devastation of poverty or natural disasters, but the Lord is no less present.

Perhaps this is why I cringe when I hear the argument that married couples are freer to serve in missions, as support for a lifestyle of intentional Christian childlessness.

On the outset, this does make logical sense.  I know firsthand the freedom in decision-making that I had as a single woman, which became only slightly more limited once I married.  The birth of our son brought the needs of a very vulnerable person into our planning.  However, the Lord instructs us, through His word to both, “Be fruitful and multiply” (Gen 1:28) in a very physical sense, and “go into all the nations” to “make disciples” (Matt 28:19-20).  If the two were truly at odds, I don’t think it is a request He would have made of us.

There is something universal in mothering.  No matter what culture or religion, two women who have brought children into the world share knowledge of the pains of labor, the thrill of holding a baby for the first time.  Whether it was the Arab women in my Ulpan, or Hebrew class, bringing scarves and snacks for my comfort, receiving weekly meals from Korean friends during my very sick pregnancy, or the joy expressed by Jewish neighbors at the sight of my growing belly; even before he was born, my son brought intercultural relationships into my life.

The earthiness of mothering goes beyond borders, and can serve as a great source of common ground for women who might have little else in common.  As we share joys and struggles of family life, mother-to-mother friendships grow deep, and provide an opportunity to minister to the needs of each other’s families, each other’s hearts.

During a playdate in our home with a close friend and her son, both of whom we had met on one of our park adventures, I learned just how powerful the mother-heart could be as a ministry to our neighbors.

We were troubleshooting sleep problems, as moms do, but with the honest inclusion of “After stories, we pray together as a family,” this conversation with my dear friend, an observant Modern Orthodox Jewish woman, ended with the power of Jesus.  “Oh!  We pray together, too.”  She explained.  “My favorite prayer is one that invokes the names of God.  We go through each of His names and pray according to the meaning.”

“That sounds really powerful.”  I had been studying the names of God, so this struck a genuine interest.

“Yes!  It is!  I don’t tell many of my observant friends about this prayer, though.  I don’t think they’d find it acceptable.”

“Well, because the last name we pray in is Yeshua HaMashiach.”

I nearly fell over.

Yeshua HaMashiach is Hebrew for Jesus the Messiah.

In my living room, over tea, while our boys played trains, my observant friend shared that she prays in the name of Jesus!   No wonder she feared talking about this with other observant friends.  But with me, a gentile Christian, married to a Messianic Jewish husband, she knew I was a safe place to search this out.  Together, we openly discussed the meaning of this prayer, and the leading of the Lord to show her that it was fine to continue using His name.  The part that blessed me most:

“I don’t know who this person is,” she said, “but in Hebrew, his name is spelled like the unspeakable name (YHWH), with the Shin in the middle.”

In the Hebrew Aleph-Bet, characters not only hold sounds, but also symbolic meaning. She was referring the spelling of His name, more similar to the pronunciation of Yehoshua, which is in fact, God’s name with the addition of a shin.

“The Shin represents fire!”  She explained with great passion.  “His name is the unspeakable name, with the fire of God in the center!”

I was awed by the insight the Lord had given her. The name Yeshua, which means salvation, burns with the fire of God in its very core.

As she shared, her presence relaxed, as if a great burden lifted by being free to talk about the Lord.  Meanwhile, His presence flooded my house.  It was a moment of awe to receive her personal revelation, which has increased my understanding of the power of Jesus’ name.   I felt blessed to become part of her story.   After she went home, I praised the Lord for the honor of friendship with this very special woman.

It wasn’t through any elaborate or edgy form of service, but through motherhood that the Lord opened this door, this time for me to learn more about His fiery heart, and to encourage a friend in her search for her Messiah.  The role change of motherhood has never hindered my ministry in Israel.  Instead, being a mother has simply transformed how I serve.  Aviel’s presence has opened up my ability to reach out to my neighbor, and develop meaningful friendships.  As his needs have brought me out of office, and into the front lines of relational ministry, I am learning to trust in God’s ability to use His Creation Mandate to further the Great Commission.  I am a Mom on a Mission, for the Glory of His name, His fiery name.