It was the last place on earth I wanted to be.

I’d always loved flying, but this airplane, with all my worldly belongings crammed into the luggage compartment below me, symbolized the death of my dreams. I’d scored a job as an editor on the outskirts of Washington, D.C., but a 3:00 AM trip to the ER had changed everything.

Now suddenly I was on my way home to California minus my health, car, and job. I looked out the window as my dream life vanished beneath me.

In the midst of my daze and despair, God began stirring my heart to chat with the girl sitting beside me. I discovered that Rachel was a Jewish girl from San Francisco and was deeply skeptical of Christians. We talked for the majority of our cross-country flight, and although I can’t remember my specific words, I keenly recall sharing how my life plans had just crumbled around me and I had no idea what was in store for my future.

And I clearly shared the gospel and the hope I had in Christ.

I watched as her heart softened before my eyes. If ever I’ve witnessed a spiritual transformation, it was on that plane. Rachel was receptive to what I said and told me she’d never before heard Christ explained in such a way.

I haven’t always seized those opportunities. It’s with remorse that I admit I’ve missed a thousand chances to share the gospel with unbelievers. It’s so easy for me to immerse myself in safe and comfortable ministries that I’ve often failed to stick out my neck for Christ, to boldly share His good news with the lost ones around me.

So He faithfully sends me seasons of desperation and disappointment, to teach me to center my life on His gospel, His glory.

David and the Cave of Adullam

In 1 Samuel we read of an obscure shepherd boy named David, the youngest of eight brothers, who is catapulted into greatness: he lands a dream job, achieves a royal marriage, enjoys national fame and glory, and receives the divine promise of a future kingship.

Oh, and did you know that “he was ruddy and had beautiful eyes and was handsome”?

David had it all. He was living the dream life.

And then a sudden reversal of fortunes…

David is forced to flee for his life when the king who once fawned over him, now—fueled with jealousy—seeks to kill him. David runs and takes refuge in a cave.

Things couldn’t get much worse. Word spreads that David the giant-slayer, David of whose fame was sung and danced in the streets, David the king’s son-in-law—is now David the hunted man taking refuge in the Cave of Adullam.

And guess who shows up to see him?

“And David became captain over them. And there were with him about four hundred men.”

So what did David do with a cave and a company of disgruntled men?

Amazingly enough, fugitive David further endangered himself in order to care for others:

The cave had brought David’s illustrious public life to a grinding halt. Back at the palace, David had wars to fight, royal banquets to attend, and music to perform before the king. But within the confines of a cave—surrounded by needy people who were desperate for help, comfort, and courage—David learned what pomp-and-circumstance could never have taught him: God was with him and had work for him to do even when his life was on the line. 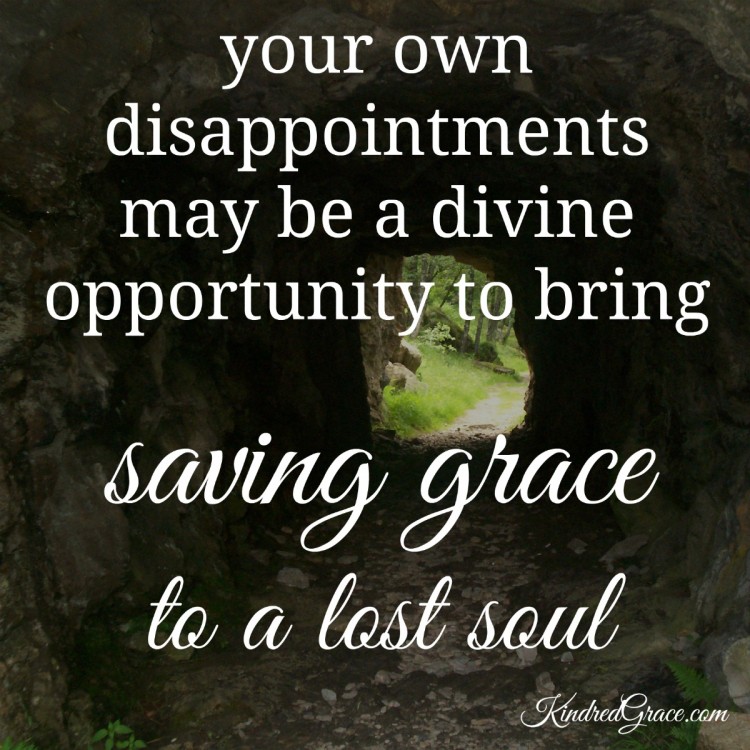 Thirteen years ago, God stripped away the plans and dreams I had for my life, and because He did, a girl named Rachel got to hear about Jesus. My own neediness that chased me to Christ became the conduit to meet someone else’s needs. Dear one, your own disappointments today may very well be a divine opportunity to bring saving grace to a lost soul.

May we allow our “caves” to catapult us into ministries of compassion and courage so that our lives center on this one mission: to preach Christ to a world in need. 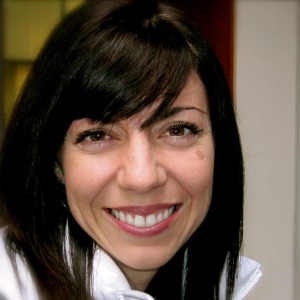 Colleen Elisabeth Chao lives in Southern California with her long-awaited husband Eddie and son Jeremy. She blogs about God's love and faithfulness in every season of life, and shares vulnerably about her journey from singleness to marriage to motherhood. 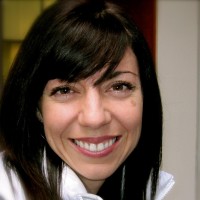 Colleen Elisabeth Chao lives in Southern California with her long-awaited husband Eddie and son Jeremy. She blogs about God's love and faithfulness in every season of life, and shares vulnerably about her journey from singleness to marriage to motherhood.

Steadfast Love in a Series of Gripping Books