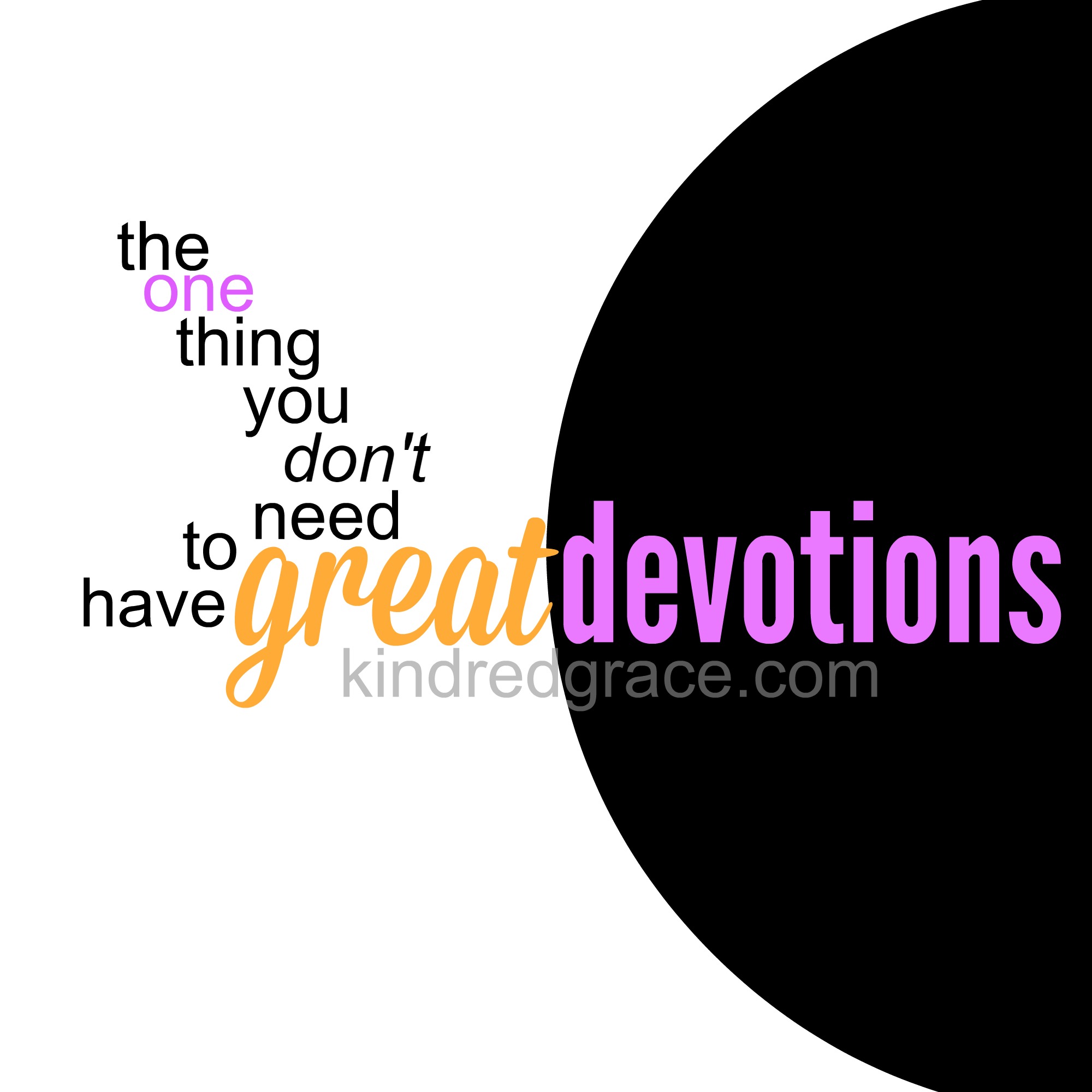 I had given up. I could not find space in my day for devotions, so I gave up trying, hoping it would lessen my shame.

One final giving up, instead of a daily failure.

Yes, I’d try to swallow that pill instead. I got days and then weeks beyond it and it was only a dull throb. I was getting used to it. I resolved I would be strong enough to make it through this season of motherhood. Resigned that a lively faith didn’t fit here. Promising myself I’d pick up my spirituality again when my babies were sleeping through the night, when laundry didn’t invade every waking moment, when somehow success was more within reach.

Then, through a series of conversations with friends , this truth wedged itself into my warped theology:

His faithfulness does not depend on mine. Fellowship and closeness with God does not hinge on my ability to meet my own expectations of what my devotional time should look like. Our access to God was built by Christ’s work on the cross, not human efforts, therefore human failure cannot break that bridge. Great devotions are possible because of His work, not mine. Glory! 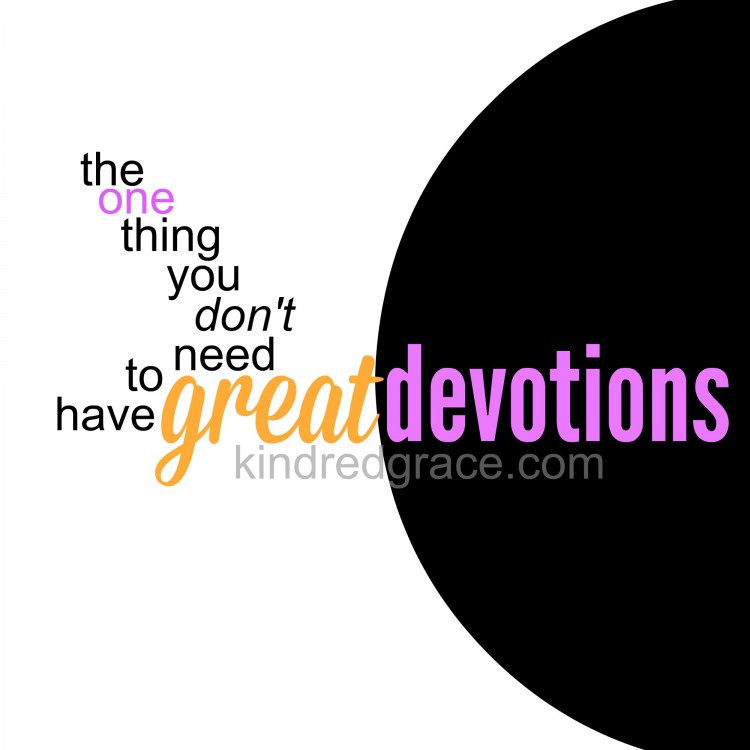 There was one moment of revelation, when after a stretch of time in which I hadn’t managed to open my Bible in days, I sat down to–in my mind–reconcile with my Father, only to have the distinct feeling as I sat in His presence that…He wasn’t displeased with me. He understood the challenges and my own weak flesh. And instead of requiring some kind of penance for my ignoring Him, He was glad I was joining Him now. I finally experienced in my soul the truth that He never calls us to less of Himself, but ready to meet us as soon as ever we turn toward Him.

The biggest barrier to my devotional time had been my shame, not my schedule.

The truth is, we are not called to have devotions, we are called to devotion to God, and that devotion may look very different for individual people and life seasons.

When we think we can only commune with God while alone with a Bible, a journal, and an hour of silence—limiting our fellowship to when we consider conditions to be ideal—we miss the myriad ways He has to connect with us throughout our day. Guilt creates a thick fog, blinding us from options outside of our man-made traditions.

When I realized I didn’t have to be in a particular frame of mind or spend a certain amount of time in Bible study or a style of worship before I earned the right to commune with my God, I finally began finding moments to devote to God in my season of motherhood.

I began to give the Lord my car rides. Whenever I was in the car alone (this happened about once a week when I went to fetch milk from the neighboring dairy farm) I let it just be Him and me—no radio, phone, or other focus. Some weeks, those twenty minutes were all I could really call mine to spend with Him. But He was faithful with the few moments we had together, teaching me to hear His voice again, speaking just the words that gave me grace for the next round of motherhood.

Then, an amazing thing happened — when I ditched the shame that had been keeping me from His presence and began to spending what little time I did have seeking His face, a hunger grew for His word, and — surprise, surprise, I found time to have ‘devotions’ again.

Tips for Great Devotions In Any Season

My devotional time still doesn’t look like it did when I was single. But the God who fed 5,000 with a small basket of loaves and fish has proven Himself faithful once again. He can do amazing work when we give Him what we have. And shame isn’t necessary for great devotions. 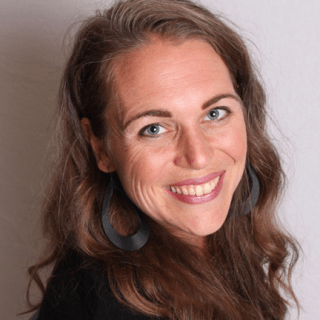