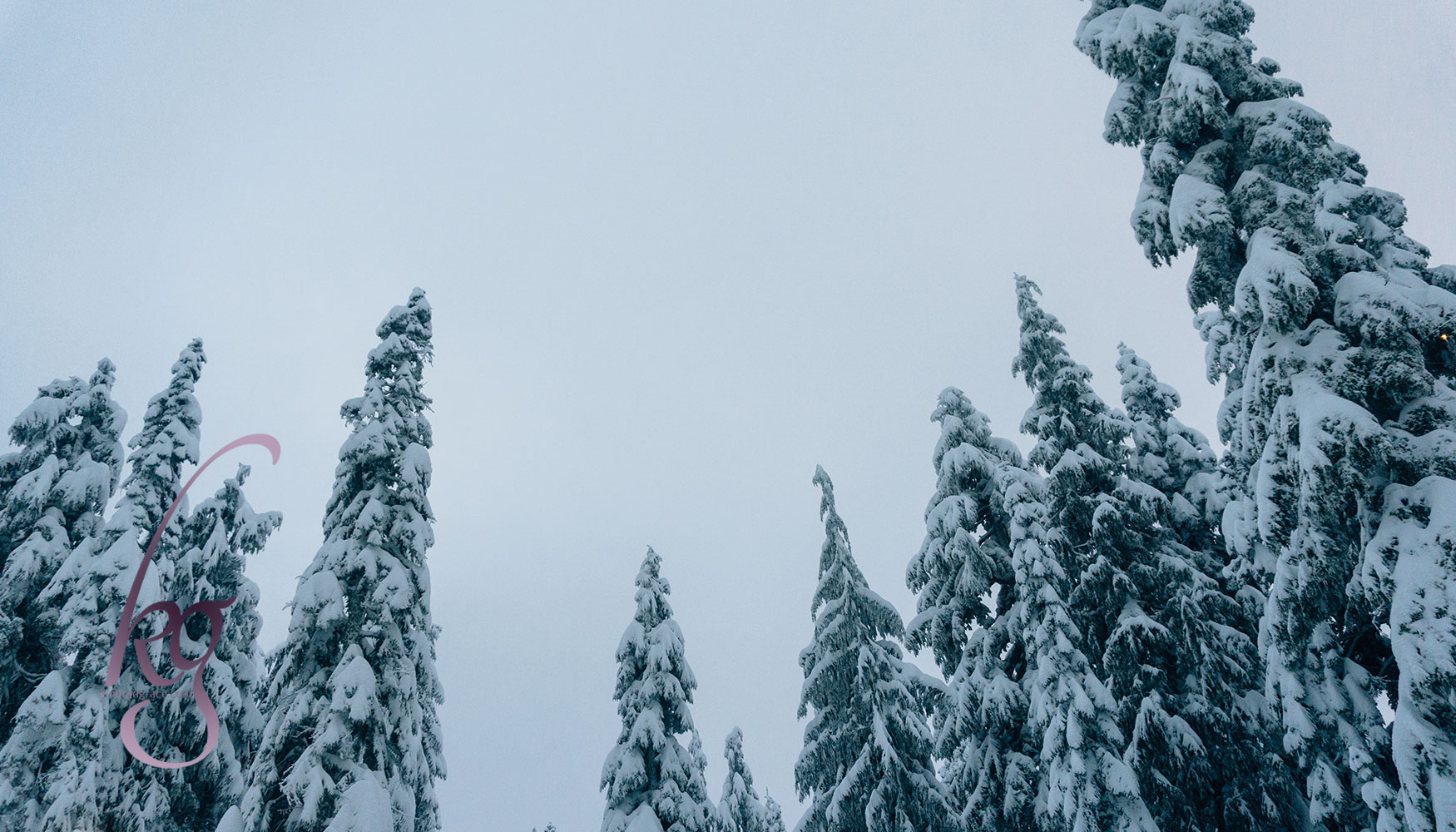 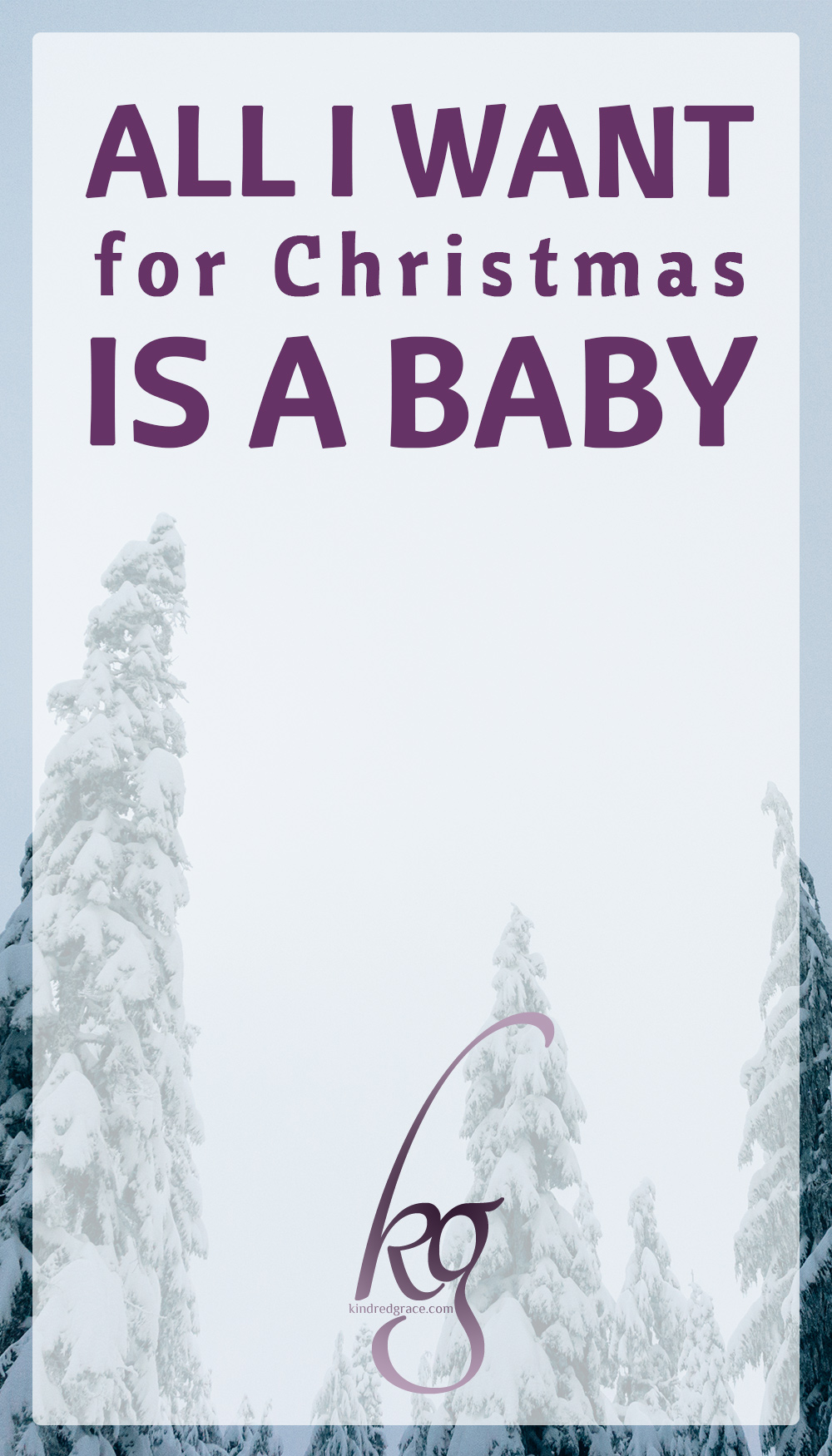 Ever since we got married, I dreamed of Christmas with children.

I love Christmas. Always have. Partly because my parents always labored to protect us from materialism by focusing less on the presents beneath the tree and more on stuffing the season with traditions like trimming the tree together, making a gingerbread house, and watching Christmas classics.

I grew up the eldest of three, the only girl towered over by two tall brothers. Because my youngest brother is only just barely three years younger than I am, I missed out on some things other “older daughters” experienced, like teaching much-younger siblings the fine craft of baking and decorating Christmas cookies.

But even I know that there’s just something about Christmas with children.

So when my husband and I started dreaming of starting our own family a little over a year into our marriage, I naturally began to resurrect those childhood memories of the magical Christmas season and dream of the day I’d get to reenact them.

Three months into “trying,” Christmas came, yet what I had really wanted for Christmas—a positive pregnancy test—never came to be. I comforted myself with the fact (ha!) that next year, I would surely by then have a baby.

The first few months, shopping trips were always accompanied by the thought, what if I’m pregnant soon and can’t wear these pants anymore? and I joyfully put the pants back.

But now another Christmas season is upon us. Instead of a baby, I’ve held a dozen negative pregnancy tests, scheduled endless appointments, undergone countless rounds of bloodwork, managed referrals, prescriptions, and so many question marks.

I steer clear of the pants section when I go shopping now.

Oh, I know that sometimes we don’t get what we want for Christmas.

But the secret anticipation of “trying” that meant mild disappointment last year has bled into mourning what may never be, punctuated by strange life realities. If you can relate to my waiting, I hope maybe these inspire you to give yourself permission and grace:

The lyrics of “Baby, all I want for Christmas is you” belting from my radio take on a twisted meaning, so I give myself permission to turn the dial.

Nursery duty at church—what was once “good practice”—is now painful, so I teach the four-year-olds instead.

Buying the fourth bottle of prenatal vitamins—with nothing to show for it—rocked me, so I hide it at the bottom of the grocery cart.

I’ve finally begun declining invitations to baby showers and giving my gift some other time. The thought everyone is pregnant but me is on loud speaker in my head when I enter a room where bump photos, bottles, and bows rule the day.

But there’s only so much I can control: when my grandmother can’t remember things, I struggle not to weep at the thought that I may not have the privilege of placing her first great-grandchild in her arms as I’ve long dreamed of doing.

Infertility feels like I’m trapped in a forever winter with no Christmas.

“It is winter in Narnia,” said Mr. Tumnus, “and has been for ever so long…. always winter, but never Christmas.” (The Lion, the Witch, and the Wardrobe by C.S. Lewis)

At first, when the waiting stretched on beyond what I anticipated, I read Proverbs 16 and committed my plans to the Lord, a lesson I learned during my single years. But I’ve also turned to the story of Hannah so many times my Bible naturally falls open there.

As time has gone on, I’ve let go of the notion that because I “survived” singleness, I can “survive” infertility in the same way. After all, I was single for longer than I’ve been “trying” (at the time of this writing).

It’s similar, but not the same. This isn’t just waiting; this is mourning like never before. During those lonely years when I was dreaming of meeting my future husband, I was always expectant. I never lost hope. While single, I never halted my holiday baking to sob on the kitchen floor.

I’ve not lost hope now, per se, but I have it had plainly tugged from me. I never had my singleness confirmed by a doctor rushing to get to her next appointment, who will never know that as soon as she left the room, I fell apart.

Newsflash: I can’t just rest on my laurels and trust that how I did things then will “work” now. Life is not cyclical, with the same lessons playing on repeat like an old record player.

God is more creative than that. He sees my soul, what I need. And this must be what I need right now to sanctify me into the “me” who will bring Him the most glory tomorrow, next week, a decade from now.

Even if the next decade looks far different than what I dreamed.

As Charles Spurgeon said way back in 1866: “Remember this, had any other condition been better for you than the one in which you are, Divine Love would have put you there.”

He put me here, arms empty, for a purpose I may never know.

There’s some comfort in that thought, at least.

I finally told the first dear friend about this secret struggle after the second shattering doctor’s appointment, and she told me something powerful: All pain is pain.

That truth is powerful to me because I had been seeking and failing to find comfort in rationalizing that many others have it harder:

I know amazing godly women who are single in their thirties and wonder if they’ll ever have what I have: an amazing godly man. Who tells me over and over, we’ll adopt. I didn’t marry you just to have children. My very own Elkanah.

And I know amazing godly women who have wanted to have children (or more children) for far longer than I have, or who have been pregnant–and miscarried—eight times. I know one woman who would have liked to wait longer, who would like to pause the growth of her family but despite every prevention is expecting her third. She too is facing the surrender of her own plans.

We cannot know another’s pain as we know our own. But we know what it is to hurt.

So instead of trying to belittle or magnify someone else’s struggle, we can acknowledge. Sit with them in their sorrow, whatever that looks like: a meal, a coffee date, a small gift. Sometimes all I long for is merely a meaningful look when the watercooler joke pokes at my pain point and no one else knows.

And when others fail to acknowledge our pain–knowingly or unknowingly–forgive them, even when you know they know and yet they still quip that “you’ll have your own someday” in that trite tone that’s meant to be helpful.

I want to wrap up my story in a Hallmark-movie-esque bow for you and describe how I first knew I was pregnant.

But yesterday I took another test, so I can assure you I’m not.

I may never be. We hope to adopt either way, but only the Lord knows if that plan, too, will succeed or fail or morph or mold into something new. Lately I am learning to approach all my life plans with open hands.

Still, I am approaching this Christmas in a state of mourning, a season of secret sadness that my social media feed won’t show. I probably won’t bake cookies. For once, this wondrous season feels hollow, and I strive to rejoice not in what I hope to be given but solely in what has already been received, in the Giver.

The Christ child may be the only child I celebrate. But He is worthy.

So I preach to myself that my pain and sadness could not ever negate the promise. God sent His Son, they called Him Jesus…