The Nativity Story is the first Biblically-based movie to be produced by a major film company since the epic Ben-Hur (1959). Epic The Nativity Story is not, at least not on the grand scale of Ben-Hur or The Ten Commandments (1956), with lavish sets and thousands of extras. No, the strength of The Nativity Story lies in giving us a glimpse of the real lives and real emotions of real people.

Mary, a young girl forced into marriage to an older man she barely knows. Joseph, who chooses this girl because he sees in her a rare purity. Elizabeth, the godly older woman who understands Mary when no one else does. Joseph’s raw agony when he sees, in front of the entire city of Nazareth, that his bride has been unfaithful, and then his unbending commitment to his wife when he learns the truth. Mary, learning to love and trust and respect this man who is willing to share and posses her lifelong humiliation and ostracism from the people who were once her friends.

The film is simply and realistically set, and is supported by a strong historical context. The music in many places contains haunting reminiscences of well-loved Christmas carols.

As Christians, we believe “Jesus is the reason for the season,” but we have heard the story so many times, it has become flat. The Nativity Story reminds us that the people God chose to take the most important roles in the birth of Christ were ordinary people like us with dreams, disappointments, hopes, and fears. 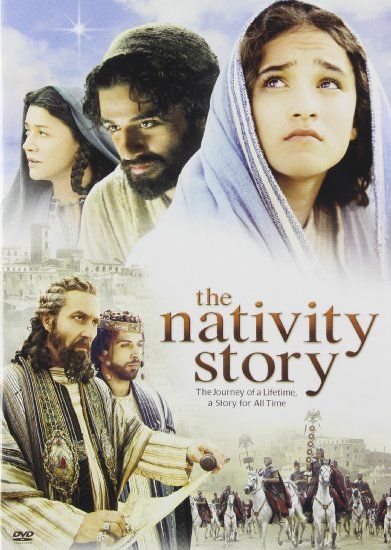 Yes (in response to your comments), some viewers may find themselves disappointed with the “extra” things they slipped into the movie. This was exactly how I felt at the beginning of the movie. Righteous indignation welled up in me…”Mary wasn’t like that! God chose her to be the mother of Jesus because He knew she was and would be the most godly woman to ever live and was the only woman in all of human history worthy enough to be the mother of the Savior! She would never have engaged in a wrestling match, no matter how playful! She would never sulk or run out of the house when forced to marry Joseph!”

But is that true?

The Bible doesn’t say that she did those things (and therefore I agree that it was “creative license” that inserted those events), nor does it say she didn’t do those things. Actually, it says very little about Mary’s character. If you think about it, we’re actually told more about Joseph’s character than Mary’s – that he was a righteous man (Matthew 1:19). All we are told about Mary is that she found favor with God (Luke 1:30), but we aren’t told why. Was it because she was more godly than anyone who had ever or would ever live? Maybe, but the Scripture doesn’t say that. Could it have been that God, in His sovereignty, rather chose to use a flawed young girl who would be submissive to His plans?

Luke shows us Mary was godly and knew the scriptures (Luke 1:46-55), but it doesn’t say that she was perfect, always decorous, always respectful to authority. I think we get that picture into our minds, especially at this time of year. In our mind’s eye, Mary is a figure dressed in blue silk with hands folded and a halo around her head.

In reality, Mary, and indeed all the people God used who are recorded in the Bible, were flesh and blood humans just like us. God didn’t choose to only use perfect people, because there have never been and never will be perfect people. He uses people who, through no other virtue of their own, are willing to be used for His glory. That is a lesson The Nativity Story drove hard home to me. I have no excuse to look at the people of the Bible and sigh because I will never be as good as they were – good enough to be used by God. God chooses imperfect people like Mary, and yes, even like me, to accomplish His purposes in this world, and I am so thankful for that.