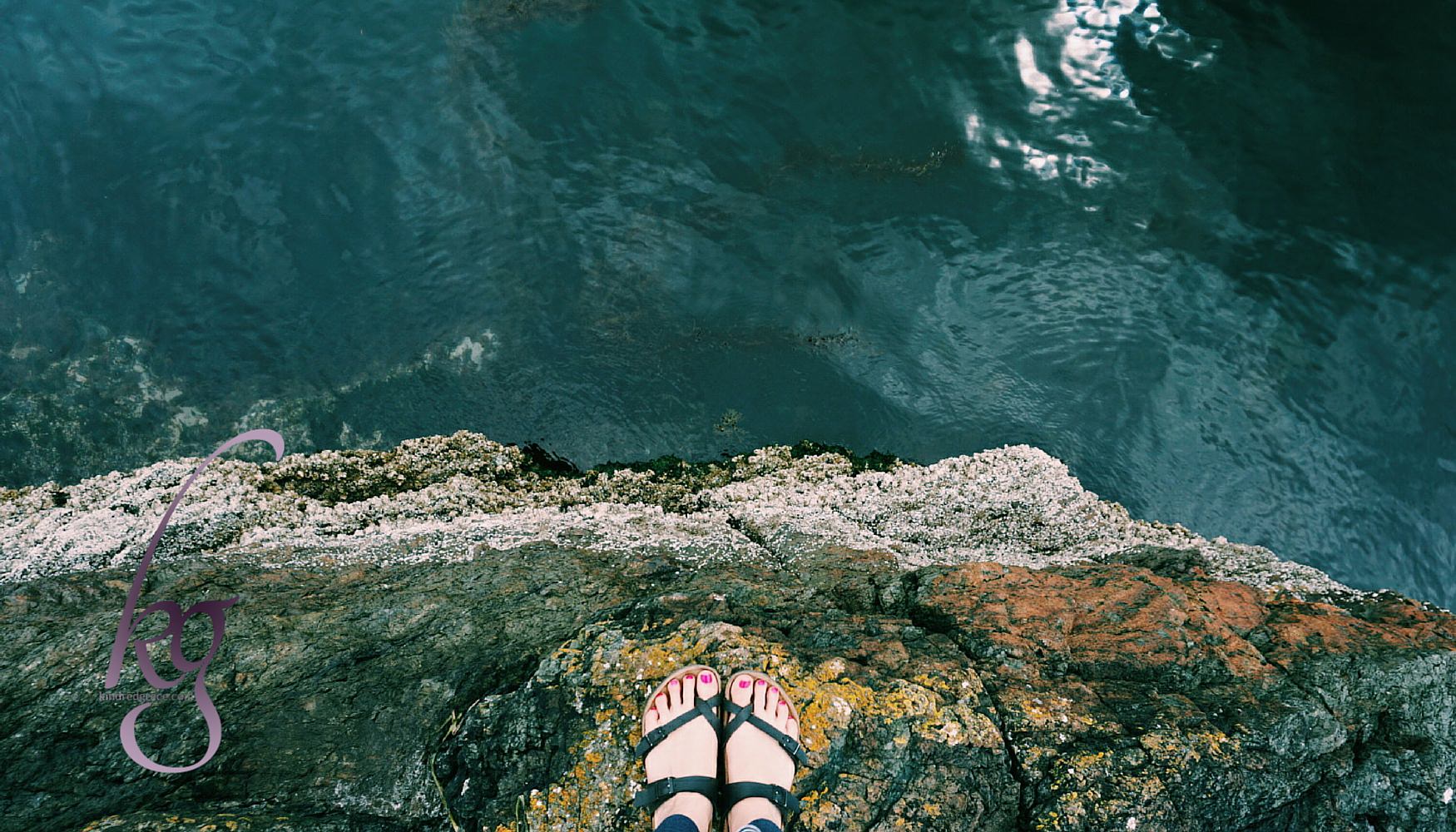 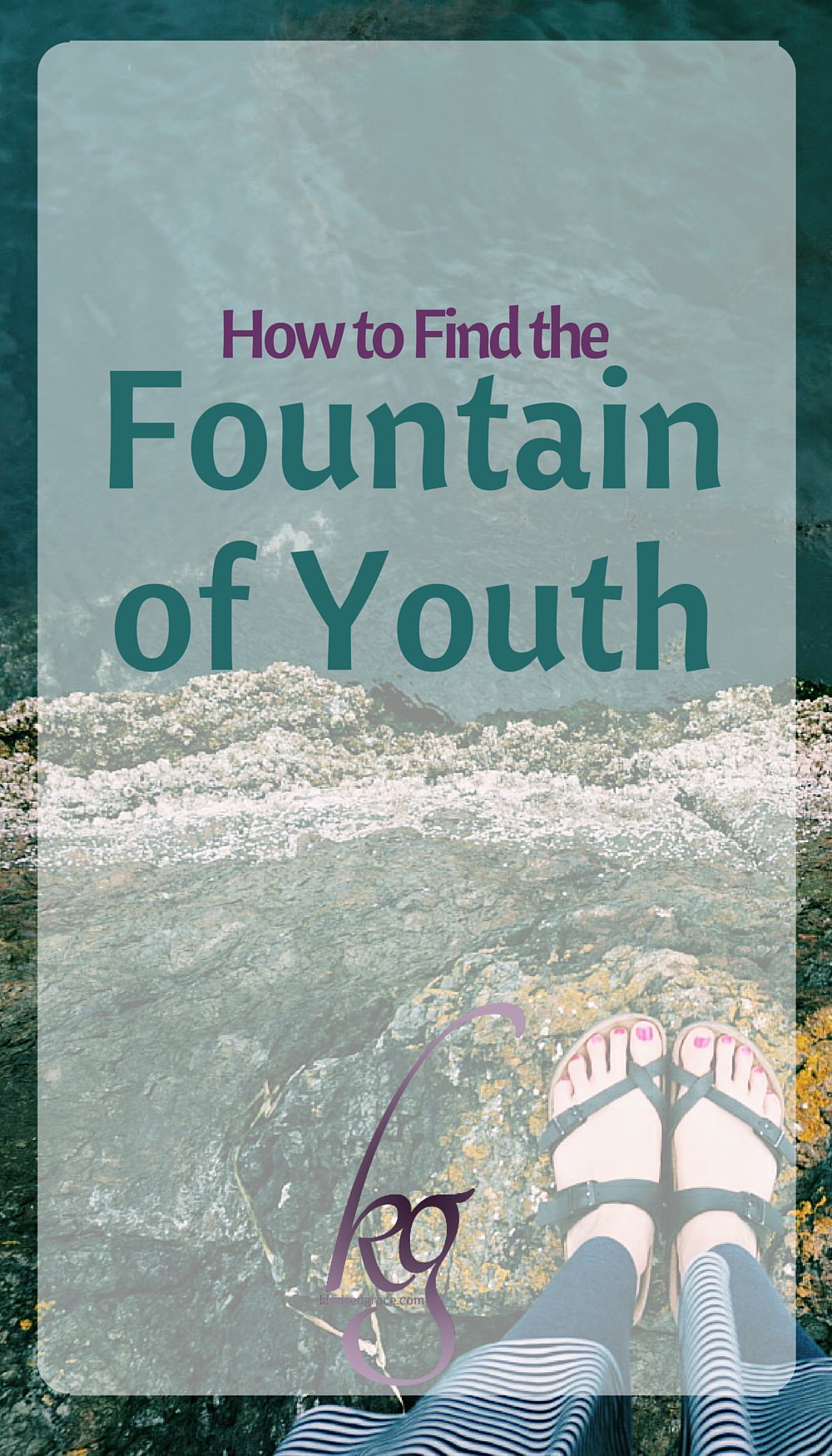 When I was an awkward, anxious twenty-something who felt hopelessly crippled by shyness, it dawned on me one day that even a stick-in-the-mud might actually be transformed into the kind of person who joyfully welcomes new people, new adventures, and new growth in my heart.

It might be possible to be born “old” and steadily grow younger.

As Exhibit A, I had my maternal grandmother, the most young-at-heart person I knew.

Despite the fifty-some years’ difference in our ages, my grandma was my friend. She was feisty and full of spunk. She played a sharp game of Skip-Bo, and she wasn’t afraid to speak her mind.  She could sputter when she was peeved with something, like my habit of procrastination. (Grandma would not be impressed that I’m revising this post an hour before it’s due.) But she sputtered in a loving way.

Grandma had friends of all ages. I think they were drawn by her spunk and encouraged, perhaps without realizing it, by her thankfulness. It wasn’t the “thankfulness” that grudgingly acknowledges a handful of good things in a way that really sounds like a complaint. It meant frequent, from-the-heart exclamations over God’s kindness to her. I know – because she told me – that she was so grateful for her sunshine-filled home, and for the love of friends and family who frequently stopped by.

But there’s one more trait – and that’s the one that drew them most of all. 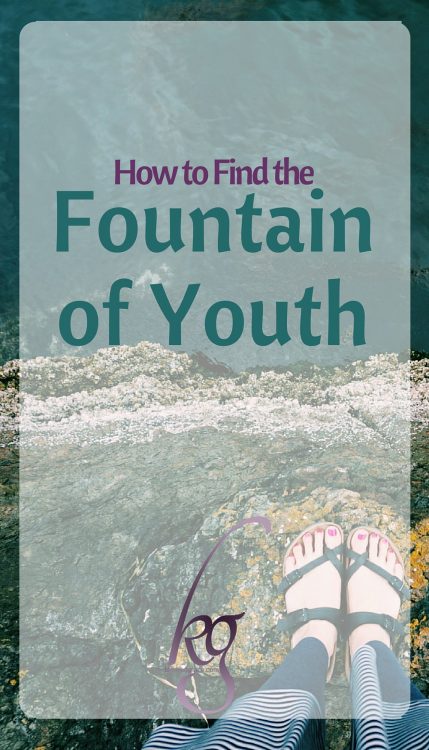 Of my two earliest memories, one involves my grandma: when she lived in a little gray house in the hills of New York, I was four years old. My sister Kate and I really did go over the stream and through the woods to visit her.

When we moved to California, and my second sister was born, she came to stay with us.

When we went back to the East Coast to experience that fabulous wonder, snow, it was at her house in the hills.

When my other grandma died of cancer, guess who drove through the night to be with the family? My maternal grandparents.

Don’t get me wrong: my grandma wasn’t Wonder Woman. Perhaps that’s why she gave me so much hope! If I’m not mistaken, she lived with anxiety and insecurity for many years. Then one day, her struggling teenaged son said to her, “You don’t love me!” As her heart broke, she turned to God and said, “I’ll never doubt Your love again.”

Her relationship with her son has long since been mended, thank God, but that moment marked Grandma for the rest of her life. She didn’t doubt God’s love. She basked in it. She expressed it to others. And I don’t really mean with words, because Grandma wasn’t a big talker. But she carried an unmistakable atmosphere of love, and we felt it.

In fact, if we were asked to pick one word to describe her, I’m sure that everyone in the family would pick the same word: 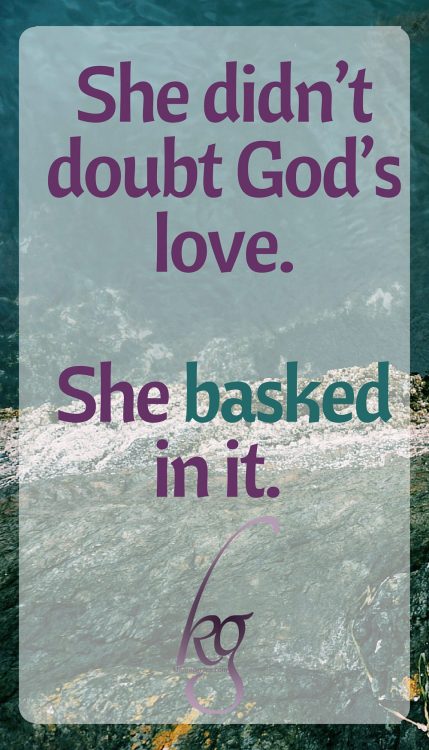 She didn’t doubt God’s love. She basked in it. And she expressed it to others.
Click to Tweet

It isn’t a fluke that Grandma was loving. It flowed out of a very tender, personal, private relationship with Jesus.  Sometimes when I would poke my head into Grandma’s apartment, she would be curled up in the living room, with her head on the arm of the couch. Sometimes she was napping, but sometimes she was praying for all 35 of us children, grandchildren, and great-grandchildren, plus the various in-laws and outlaws. (I’m pretty sure she enjoyed the rascally ones most of all!)

Grandma once told me that she wanted to live long enough to be a great-grandmother. And she did! She met not one or two, but seven of her great-grandchildren. She looked forward to celebrating her ninetieth birthday, and she got that too. But oh, how homesick she became for heaven when year after year, she was plagued with a never-ending cough.

About twelve hours before she went Home last June, I saw the power of love in action when Grandma roused enough to say “I love you” to her two granddaughters who were far away in Jerusalem.

It was hard to say goodbye, but I can’t begrudge Grandma her best adventure of all.

I’m a thirty-something now, and the white hairs on my head are increasing, but I can’t be too sad because Grandma’s snow-white hair was so lovely – and even more so, because she set me a stunning example of growing old in body with grace, dignity, and diligence – while growing steadily younger in her unfettered love of Jesus.

If my Grandma was any indication, then the true fountain of youth can be found in that love.

She is still most young-at-heart person I know, but you know what? Glory to God, He has transformed me from a shyness-fettered stick-in-the-mud to a woman who is learning how to love.

He’s making me younger all the time.