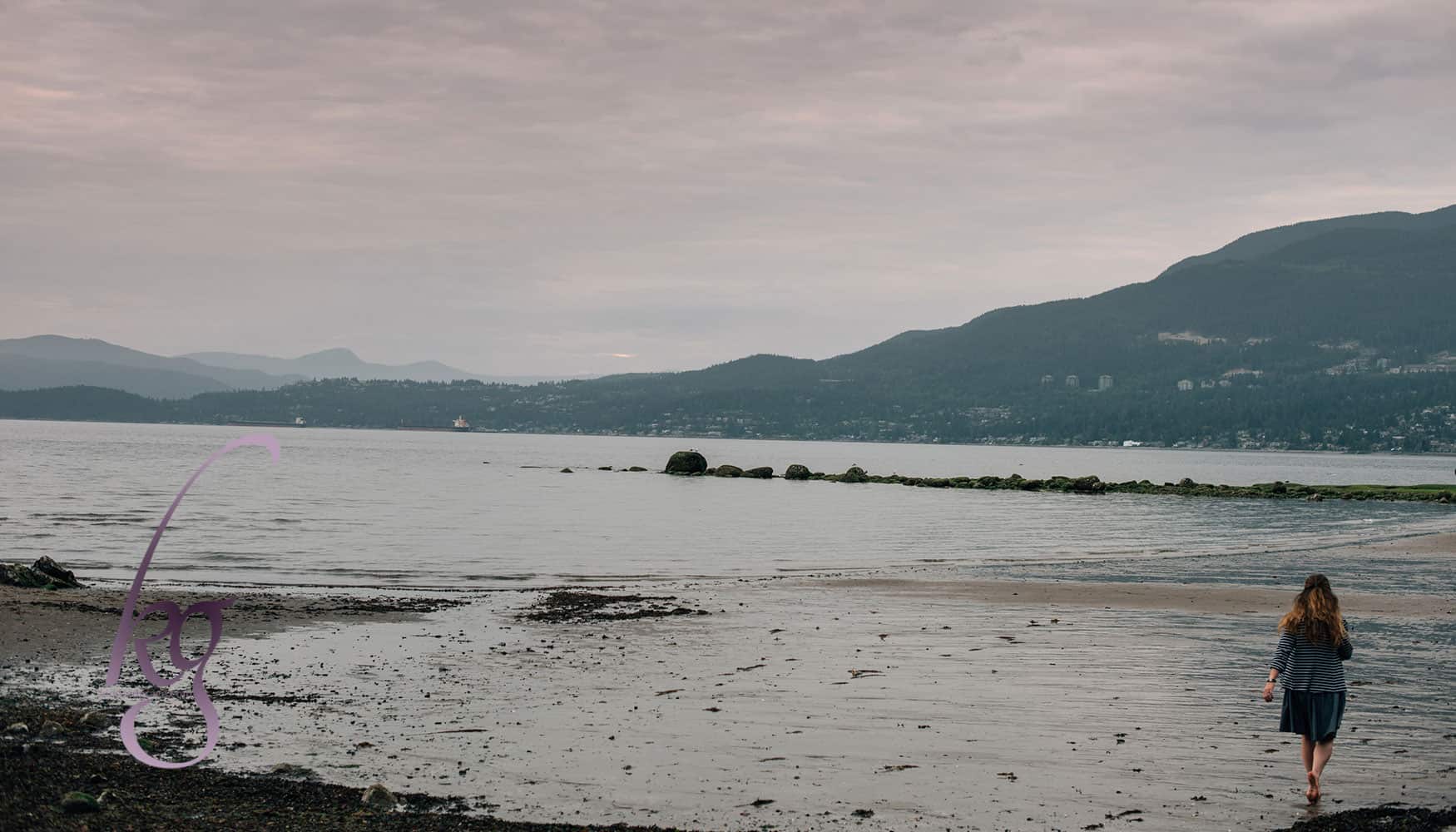 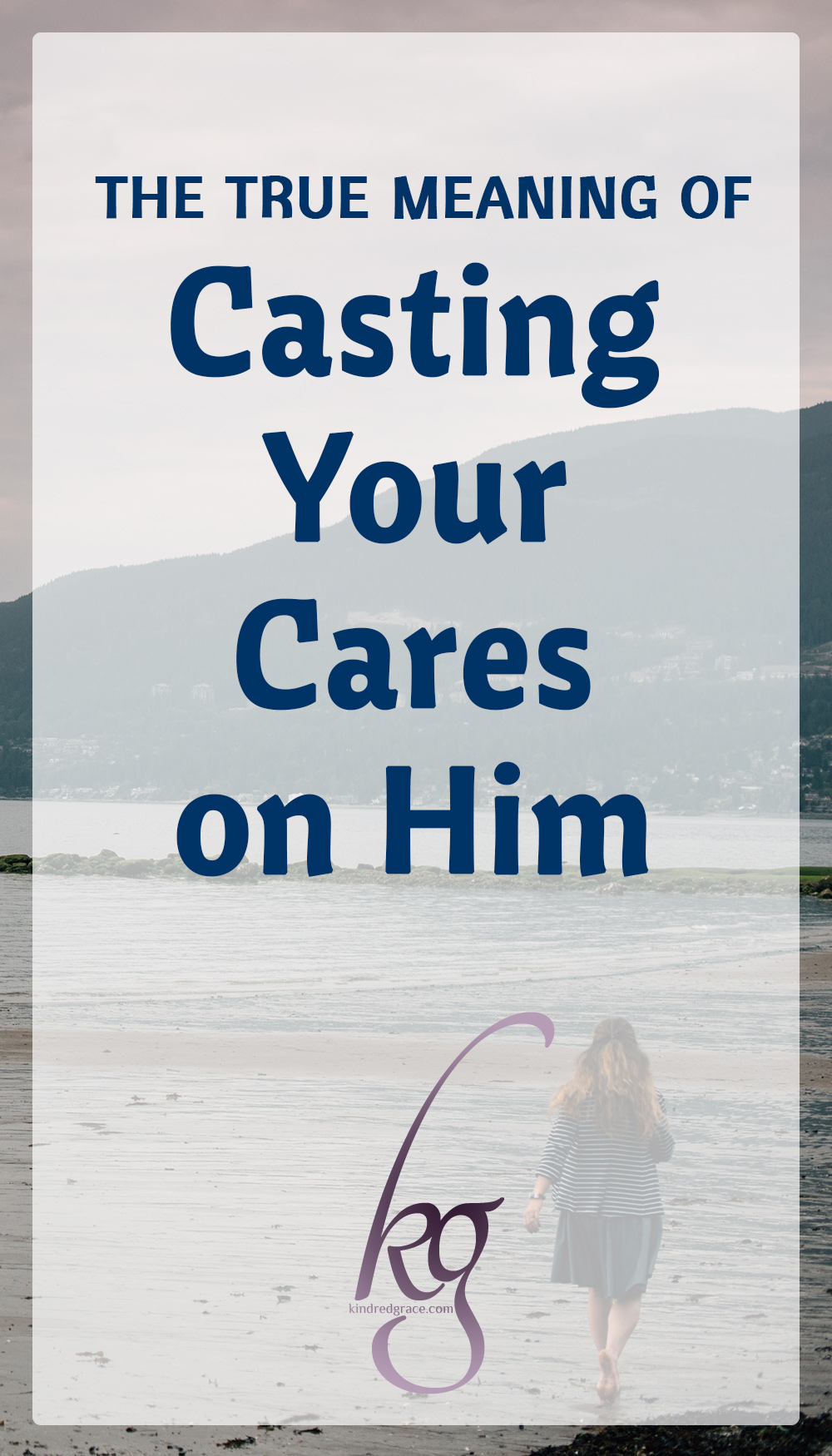 Without her realizing, I came up behind her, looped my fingers through the bag’s handle, and lifted up slightly. Her legs immediately straightened under the lighter load, and she stood taller and grinned. “See, I doing it! I strong!”

I imagine God watches His children struggle in the same way, wanting nothing more than to lighten our loads. But how many times, instead of accepting His offer to help, do I remain stubborn and think, “No, I can do it myself”? Only to strain under the weight of my worries and struggle to move forward while trying to carry my overwhelming fears and anxieties.

While I was growing up, whenever I felt afraid, my grandpa constantly reminded me of one thing.

This phrase both confused and annoyed me, and it often inspired a lot of eye-rolling on my part.

What was I supposed to do—never worry about anything? Not exactly a skill set I had as a teen. Was I supposed to never care deeply about things? That’s how I interpreted it since I was often told that I had too many feelings. Most of the time the phrase cast your cares seemed too simplistic. Too much like Don’t worry. Be happy.

When I later found Peterson’s translation in The Message, the light bulb came on and I understood for the first time.

“Pile your troubles on God’s shoulders—he’ll carry your load, he’ll help you out.” (Psalm 55:22a, The Message)

Piling my troubles on God’s shoulders means I don’t have to worry or stress about anything or everything. For instance, I don’t have to wonder how long it’s going to take to sell my house. He already sees the family out there who wonders if they’ll ever find a house that’s right for them.

Casting my cares upon God means that I no longer have to drag behind me the shame of a failed marriage. I can allow God to lift that weight up and out of my arms so that I can walk freely in His forgiveness and grace.

The sadness and grief that seemingly come out of nowhere and threaten to overwhelm me will not consume me if I accept God’s shoulders leaning in to take the heaviness from me.

The pressures of bills and relationships and countless other fears I reluctantly worry over in the middle of the night can be shared with the One who has already given me His peace.

Not a Catch-All Cure

“Piling my troubles on God’s shoulders” doesn’t solve everything. It doesn’t make the troubles disappear, nor does it dissolve life’s stress. It also doesn’t mean that I don’t have to do the hard work of making the tough decisions and deal directly with problems. However, I am freed to do the work from a place of certainty that I am not doing the work alone.

I know both the struggle of being overwhelmed by a weight too heavy for me to carry and the freedom of being relieved of a heavy load by someone coming alongside me to help. But it’s still my responsibility to span the gap between the two—to willingly and faithfully accept God’s invitation to bear my burdens—and then to let them go.

Too often, I place my cares on a revolving loop. Oh, sure, I cast my cares. I throw them off, I release them to God. And then like the fisherman who casts his line out into the water and watches the hook fall out of sight, I start wondering what’s going on down there. Maybe I should reel those cares back in and take another look. Perhaps if I pull that one little care back to me and work on it from a different angle for a minute, I can figure it out.

Casting my cares involves not only turning them over but trusting that they never belonged with me in the first place. He does not wish for me a mind filled with anxious thoughts. Rather, Jesus told us that He is the Way to lasting peace and rest for our souls. He bids us, “Come to me, all of you who are weary and carry heavy burdens, and I will give you rest.” (Matthew 11:28, NLT)

God sees our weariness, He knows our burdens, and He waits for us to ask for His help. To admit that we are unable to do it alone. To accept from Him the strength to carry that which only He can bear. We decide what to do with our cares—to cast or to keep—but I urge you, friend, to choose to cast your cares, piling them on God’s shoulders. That choice is the only one that will lighten your load.

Patricia Alderman is a talkative introvert who loves God, All Things Crafty and Julia Child. Her writing explores topics that can be difficult to talk about, such as loss & grief and what it’s like to navigate those intense feelings in a world that often wants us to “just get over it already.” A member of Redbud Writers Guild, Patricia also solves many of the world’s problems while relaxing with a skein of yarn and a crochet hook. Connect with her on Facebook, Twitter and at patriciaalderman.com.